ESC vice president of finance resigns amid calls for impeachment

ESC vice president of finance resigns amid calls for impeachment 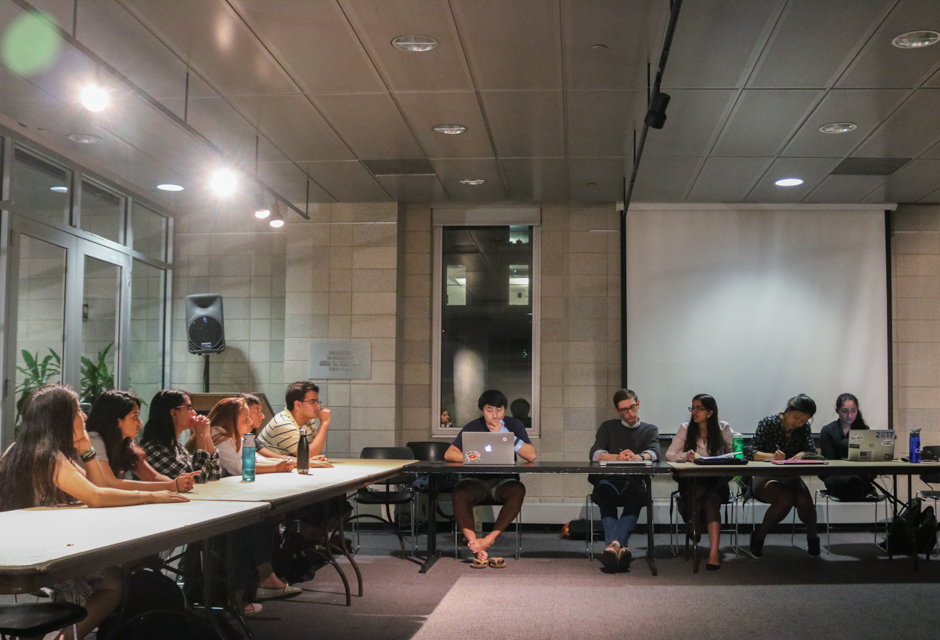 ESC has seen a rapid series of successions of VPs of Finance in the past year that has made it difficult for the council to address financial issues.

The interim role will be filled by Ria Garg, SEAS ’20, who will also continue to serve as the Class of 2020 President. This will make Garg the fourth vice president of finance this semester in a rapid series of successions that has made it difficult for the council to address financial issues.

The motion to impeach was made by class of 2019 representative Montana St. Pierre. This motion came as a surprise to most members of council, as motions to impeach in the past have been raised in closed sessions or outside general body meetings.

“This blindsided all of us,” ESC President Aida Lu, SEAS ’19, said after the meeting.

Paris had missed three general body meetings this year, despite the fact that the ESC constitution only allows for two unexcused absences. He also missed meetings for other funding groups such as the Joint Council Co-Sponsorship Committee, a committee run by representatives of all four undergraduate student councils that funds events and travel for student groups, according to Vice President for Communications Julia Joern, SEAS ’18, and Vice President for Student Life Ben Barton, SEAS ’18.

As the motion was seconded and an investigative committee was being formed to look into the claim at Monday’s meeting, Paris offered his resignation to the council.

“I overcommitted because I was interested in helping to fund groups, specifically affinity groups, new student groups, and the food bank,” Paris told Spectator after the meeting. “I would have loved to have had a more responsible transition, because there are a lot of people who really like this job and there are other projects that I’m more interested in. I’m not going to defend that I didn’t have enough time but I was trying.”

Paris was elected to the position this fall after the previous vice president of finance, Cesar Trujillo, SEAS ’18, who was appointed during the spring election cycle, stepped down to pursue a career opportunity outside of Columbia.

“This position is an e-board position, and I think that VP finance over all other e-board positions has the most institutional memory as part of it, so it takes a few weeks if not more for someone to get up to speed on the terminology, the processes, and the way things work, so it puts us in a difficult situation,” Lu said.