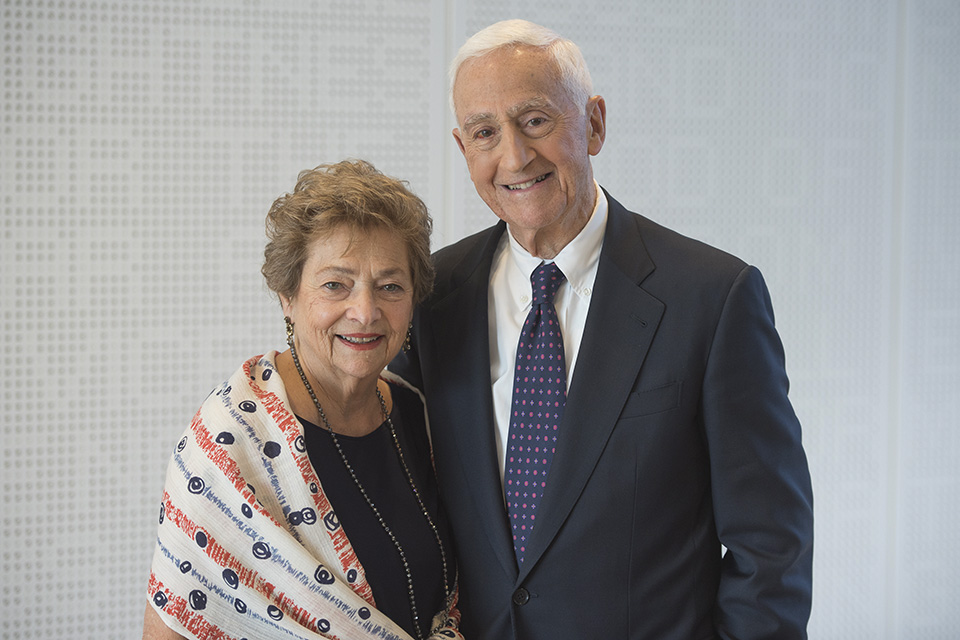 The school will now be officially known as the Columbia University Roy and Diana Vagelos College of Physicians and Surgeons.

Dr. Roy and Diana Vagelos, P&S ’54 and BC ’55, have donated $250 million to the Columbia College of Physicians and Surgeons to establish a fund that will eliminate student loans for all medical students, University President Lee Bollinger announced in an email Tuesday.

The school will now be officially known as the Columbia University Roy and Diana Vagelos College of Physicians and Surgeons. This gift brings the Vagelos family’s total donations to the medical school to over $310 million. Previous donations were given both to scholarship funds and were structured to encourage matching gifts.

About half of students in the College of Physicians and Surgeons qualify for at least some need-based financial aid, and 20 percent of students are not expected to contribute any tuition out of pocket, excluding loans. Currently, the medical school’s financial aid formula means that students might have to take out up to $30,000 in loans, but after the Vagelos family’s gift, students will not have to take out any more loans, according to a spokesperson for the college.

The College of Physicians and Surgeons will begin offering the new financial aid policy in five years, after the $150 million portion of the donation earmarked for financial aid begins earning investment returns. The rest of the donation will go to basic science research and an endowed professorship.

The pair met in 1951, while Roy Vagelos was studying at the College of Physicians and Surgeons and Diana Touliatou was a student at Barnard. Roy Vagelos graduated from the College of Physicians and Surgeons in 1954 and later served as CEO and chair for Merck & Co., a pharmaceutical company. Since graduation, the couple has given over $310 million to the Columbia Medical School and raised an additional $140 million through matching gifts.

Bollinger praised the Vagelos family’s extensive history of donations to the Columbia Medical School in his email to the community.

“There are no names more appropriate to associate with our medical school,” Bollinger said. “With this historic gift, [Roy and Diana Vagelos] are significantly advancing the education of our students and the care provided to our patients—an accomplishment that will long endure and for which they have our immense gratitude”

President Bollinger’s email can be read in full below:

We are proud to announce a gift of $250 million from Dr. P. Roy and Diana Vagelos to our College of Physicians and Surgeons. A major portion of the gift, $150 million, will endow a fund to help Columbia eliminate student loans for medical students who qualify for financial aid—about half of the medical school student body at present. Approximately twenty percent of students—those with the greatest need—will receive full-tuition scholarships. With the income generated from this fund, we will be able, within the next five years, to replace medical students’ loans with scholarships. This will ensure that P&S graduates are able to choose a medical specialty based on their true passion and highest calling, rather than on potential earnings. Providing this freedom and opportunity was a driving impetus for the donors to make this extraordinary gift.

The remaining $100 million will be divided equally to support our precision medicine programs and basic science research as well as an endowed professorship in the Department of Medicine in honor of the Vagelos family’s longtime doctor and friend, Thomas P. Jacobs, MD. The gift brings Roy and Diana’s personal support for medicine at Columbia to $310 million, including the donation they provided for the design and construction of the award-winning Vagelos Medical Education Center that opened in August 2016 and already has transformed the student experience at the College of Physicians and Surgeons. But we should also recognize that they are directly responsible for a total of $450 million in the matching funds they have leveraged through their own giving.

There are no names more appropriate to associate with our medical school, and, at last night’s Crown Awards, we announced that the school will now officially be known as the Columbia University Roy and Diana Vagelos College of Physicians and Surgeons. For all those fortunate to know Roy and Diana, this honor stands as a celebration not only of their generosity to the University, but also of their vision, drive, warmth, and kindness.

Roy and Diana met at Columbia in 1951, when Roy (P&S’54) was studying medicine and Diana (BC’55) was a student at Barnard College. Each of them benefitted from scholarships, and they have been giving back to scholarship funds for more than 50 years, never losing sight of the immense value of such support.

Dr. Vagelos’s many contributions to biomedical research have occurred over the course of an unusually wide-ranging career that has seen him excel as an NIH researcher, Chair of Washington University’s Biological Chemistry Department, and Chair and CEO of Merck & Co., a company recognized as America’s most admired under his leadership. He is the author of more than 100 scientific papers and is a member of the National Academy of Sciences, National Academy of Medicine, and the American Academy of Arts and Sciences. The renaming links the medical school to a physician, scientist, and corporate executive of rare accomplishment and leadership ability.

Roy and Diana Vagelos have for many years made plain their abiding commitment to Columbia University and the College of Physicians and Surgeons. With this historic gift, they are significantly advancing the education of our students and the care provided to our patients—an accomplishment that will long endure and for which they have our immense gratitude.

Dean of the Faculties of Health Sciences and Medicine