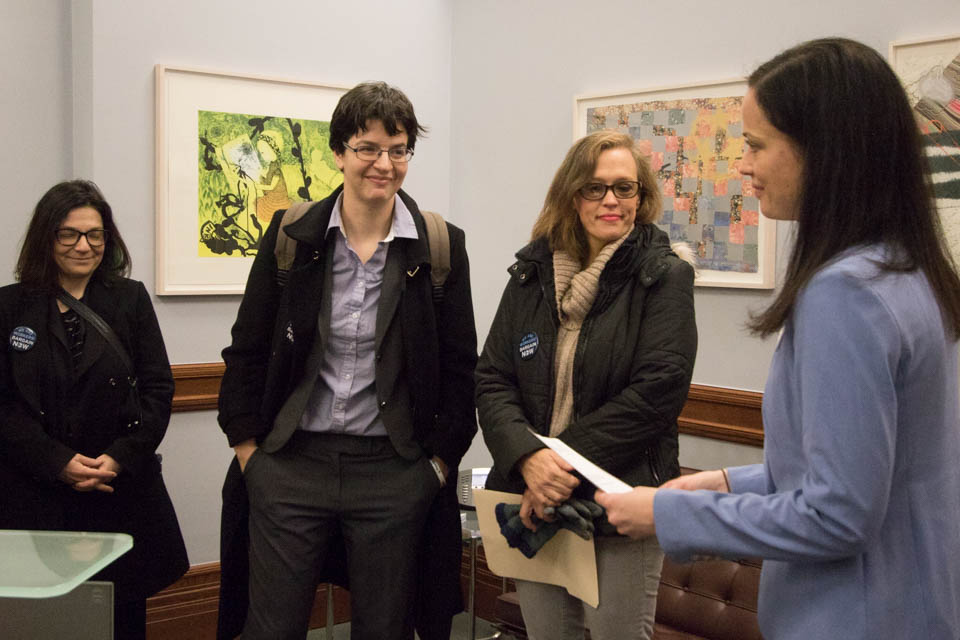 The union is considering filing an unfair labor practice with the NLRB if the University continues to delay the decision, according to union spokesperson Olga Brudastova.

Four weeks after graduate students delivered a request to begin union negotiations, Columbia has still not reached a decision on the request.

Graduate students delivered this request after the National Labor Relations Board rejected the University’s most recent round of objections to the election to form a graduate student union. Graduate students asked for a yes or no response to the request by Jan. 5 with the intention of starting bargaining talks by Jan. 16.

Graduate students voted 1,602 to 623 in favor of joining Graduate Workers of Columbia-United Auto Workers in December of 2016, which spurred months of legal battles between the union and the University. The vote followed years of graduate student campaigns to form a union in order to resolve issues surrounding late pay and benefits.

A University spokesperson said that Columbia was still considering the request, which was delivered to University President Lee Bollinger after the NLRB officially recognized graduate students as employees last December.

The University did not give a specific timeline for a decision.

The union is considering filing an unfair labor practice with the NLRB if the University continues to delay the decision, according to union spokesperson Olga Brudastova.

“We are very disappointed that Columbia is not choosing to respect our certification and respect our union as it stands, because we have done so much to fight for it,” Brudastova said. “We organized for more than three years, we won the election, we won all the legal battles, and we got certified. All they have to do now is just respect the law.”