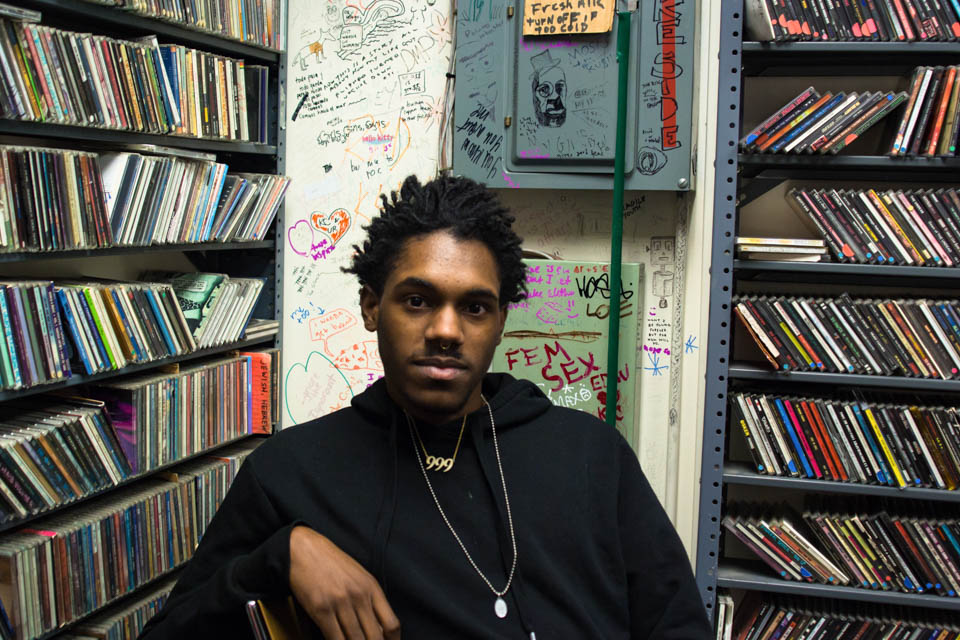 Anderson Peguero, CC '19, is a WBAR DJ currently planning his next show.

Despite being publicized as a station dedicated to showcasing underrepresented artists, WBAR, Barnard’s alternative college radio and largest student group, has historically been predominantly white in its music and membership.

To combat this, the club’s executive board has begun to make strides this year toward a more equitable and inclusive presence on campus, surveying its DJs, holding listening sessions, and making the e-board more accessible.

Nevertheless, WBAR’s long-standing reputation as a space for white students—albeit those with unconventional music taste—has proven difficult to shake. Although it was founded in the early 1990s as an alternative to Columbia’s student radio, WKCR, WBAR has often been a space dominated by white men from Columbia.

“For a while, staff was predominantly males from [Columbia College], who were mostly white,” Naomi Fischer, BC ’18, WBAR general manager, said. “Not a lot of outreach was happening, and it was perceived sort of like this underground resource for a select few. And no one was really addressing it as a problem.”

But WBAR’s challenges with promoting diversity are largely emblematic of the difficulties faced by clubs across campus.

Karen Yoon, BC ’21, a contributor to Ratrock Magazine, another large art club at Barnard and Columbia, said she hoped to see more tangible changes, like those being put in place at WBAR, implemented at other alternative clubs across campus.

WBAR’s goals this semester demonstrate that clubs will not become more diverse without taking active steps toward more inclusive policies.

Members of WBAR’s executive board collectively acknowledged the club’s lack of inclusivity at the beginning of last semester, starting their efforts by releasing a statement outlining their goals for a more diverse WBAR community.

Due to slow turnover in DJs and a lack of targeted outreach, WBAR has often catered to the same DJs year after year, drawing criticism from many members.

“I have to credit DJs for calling us out,” Stacy Grinberg, CC ’18, WBAR personnel director, said. “It was DJs that were giving us feedback and saying, ‘Hey, I am not that comfortable in this space for these reasons,’ or, ‘I don’t see too many people like me in this community—why?’”

One of the major setbacks for promoting diversity was the overwhelming whiteness of the executive board.

“WBAR represents many people in the Barnard-Columbia community, but the board was all white. So going to interest meetings, going to orientation, and seeing the board members for the first time—for some people that was a really jarring experience because it’s a stage of white faces,” Grinberg said.

Not only did this overwhelming whiteness cause some students to feel alienated, the board’s homogeneity was further reflected in WBAR’s music.

“Our programming was getting boring and stale, because we didn’t have a diverse music taste,” Fischer said. “If the staff is homogenous in their music taste, we miss things.”

In an attempt to diversify the executive board, the club has changed its constitution to allow students to serve on the board without having to be DJs first, making it more accessible to all students. 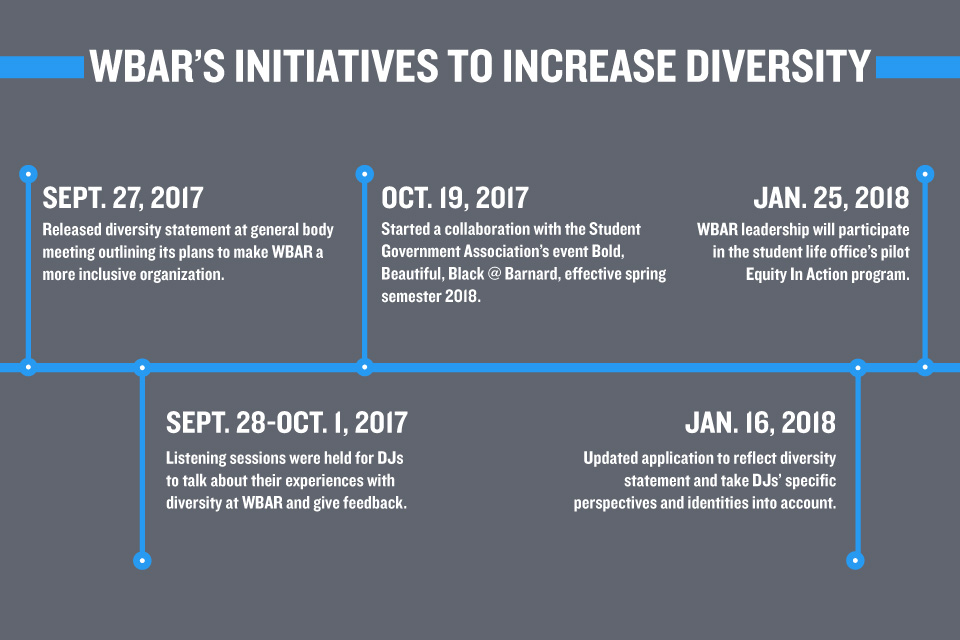 However, the issues posed by seniority extend beyond just executive board positions; members of WBAR who have been with the club for the longest are prioritized when scheduling shows. Since the club has only started focusing on increasing diversity this past semester, some students see this policy as one that continues to spotlight white radio shows.

“If WBAR wants to change, they can’t keep giving their senior members, who happen to be white and into alt music, preference,” Aashna Singh, BC ’19, a WBAR DJ since the spring of 2017, said. “That’s how it gets to be a routine.”

Also new to the board are the roles of two promotion directors, who worked last semester to increase WBAR’s visibility on campus through email blasts to the Barnard community and increased social media presence.

In previous years, WBAR’s publicity was mostly word of mouth, resulting in minimal circulation throughout the student body.

WBAR’s large size also makes close communication between DJs and the executive board difficult, an obstacle that causes DJs, especially students of color, to feel disconnected from their peers in the club.

“If you are a student of color and you feel isolated being at WBAR, it is hard for you to see that there are many, many other students of color,” Aditi Rao, BC ’21, WBAR treasurer, said.

Hoping to encourage a conversation about diversity, WBAR staff members held listening sessions last semester for DJs to talk about their experiences and give feedback.

Building on their efforts to promote an open dialogue, staff members will attend Barnard’s new Equity in Action workshop this semester. The two-part series, hosted by Barnard Student Life, aims to “build skills and deepen knowledge around issues of social justice.”

WBAR’s loose structure allows student DJs to fill their two-hour time slots however they please, with little training from or communication with staff. This unrestrictive structure gives WBAR the potential to act as a medium for a range of diverse opinions and ideas.

“WBAR is inherently a free-form platform,” Paige Kytzidis, BC ’21, said. “It can be utilized as a tool for people of more marginalized communities to share what they want to share.” 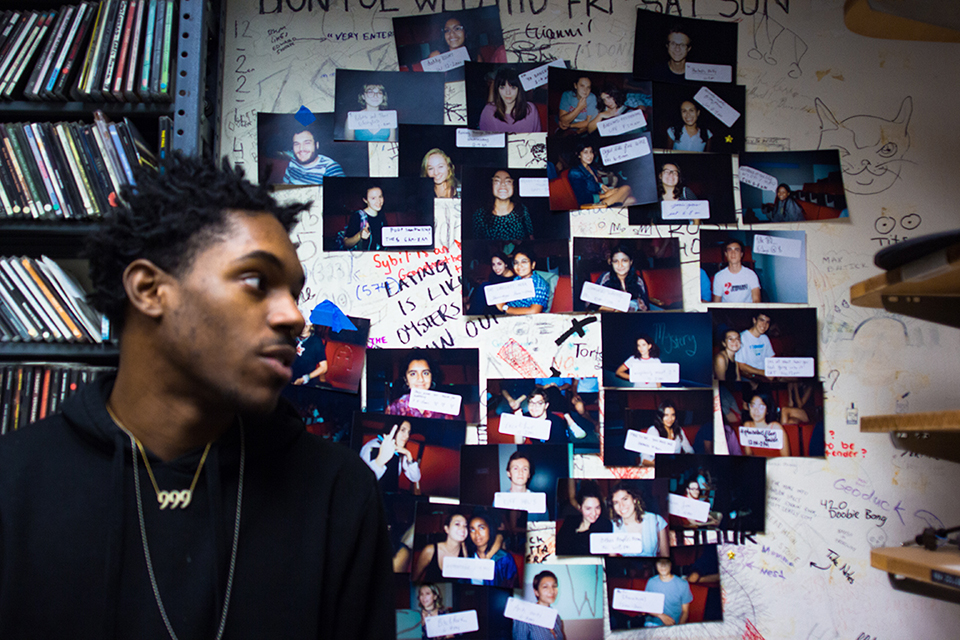 Xavier Dade
Peguero, who goes by the name DJ 999, hosted a show last semester titled "9:99PM IN THE CITY" that featured metal and hip-hop music.

The freedom WBAR offers also means that, while the board can encourage diversity in shows, DJs can still play whatever music they choose, including that of diverse musicians.

“In my show, I specifically make an effort to play music that is not all male and include musicians of color too,” Kitty Todd, BC ’21, said. “I’ve seen that other shows do struggle with that too, and sometimes it’s kind of annoying to see, especially when WBAR is making a big effort to try and be more inclusive, but then they just end up playing the same Philly white boy bands.”