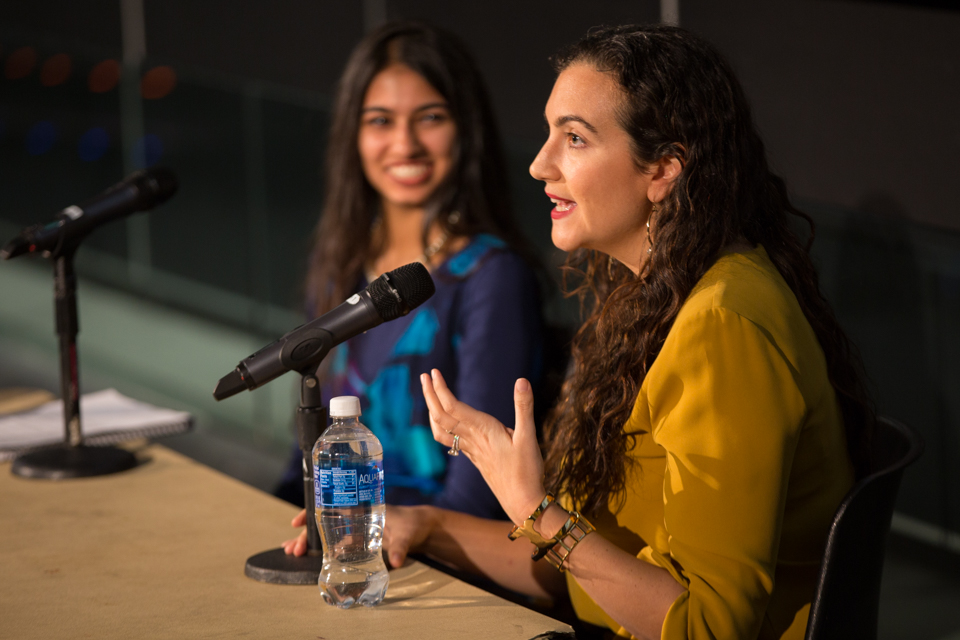 Hyman co-founded Rent the Runway with Jennifer Fleiss in 2009.

Jennifer Hyman, co-founder and CEO of Rent The Runway, shared stories of the sexual harassment she faced while breaking into the male-dominated world of start-ups during a talk at Columbia on Wednesday.

Rent The Runway is an online service that provides subscribers with designer dress and accessory rentals. Hyman and her co-founder Jennifer Fleiss, who was not present at the event co-hosted by the Ivy Council and Columbia Organization of Rising Entrepreneurs, have raised approximately $190 million in venture capital funding and have grown the company to over 8 million members and over 1,200 employees since 2009.

Hyman attended Harvard College as an undergraduate, and began working for Starwood, a subsidiary of Marriott International, immediately after graduation. It was there that she implemented her first entrepreneurial idea of expanding wedding registries to allow guests to gift experiences such as scuba-diving or massages to newlyweds instead of traditional presents.

Hyman discussed the struggles women often face when breaking into male-dominated fields. At work, Hyman said she was frequently sexually harassed by her coworkers and was vocal about it before the “#MeToo” movement on social media gained momentum in October.

The movement, which was started by Tarana Burke in 2006, received increased social media attention after it was tweeted by actress Alyssa Milano last October in an effort to demonstrate the magnitude of sexual harassment and assault, encouraging victims to share their experience using the hashtag.

In one instance, Hyman said an investor sent her sexually explicit text messages, and when she didn’t reply, the investor complained to the board of Rent The Runway, questioning whether she was fit to serve as CEO.

Hyman said she was lucky to be supported by her investors and board members, noting that many women are shut down when they speak out about sexual harassment in the workplace.

“It took until this fall when we saw the #MeToo movement and we saw women’s voices rise up together that we’re starting to see that change,” Hyman said. “I hope that women of your generation, when you are in a workplace, hopefully you won’t experience that, but when you do you’ll be able to raise your hand and say, ‘This dude sexually harassed me, here’s what he did, and he should be fired.’”

Hyman has also championed female mentorship in order to combat gender inequity in the industry. Rent the Runway deliberately recruits female entrepreneurs—according to Hyman, the company is 70 percent female—who are encouraged to create and implement their own ideas. She is also the founder of Project Entrepreneur, which provides women with access to the tools, training, and networks needed to build economically impactful companies.

Hyman herself got a boost from fashion designer Diane von Furstenberg, whom Hyman and Fleiss contacted after conceiving their idea for Rent the Runway. They were able to get a meeting with Furstenberg, and the company was operational just three days after its conception.

“The moral of the story is that there is nothing to lose,” Hyman said. “No one does those really bold moves in their life and I don’t know why. … People often stop themselves because they think they’ll look foolish or think ‘I don’t have a well-formulated idea I should consider and strategize and think about what I’m going to say for months and months.’”