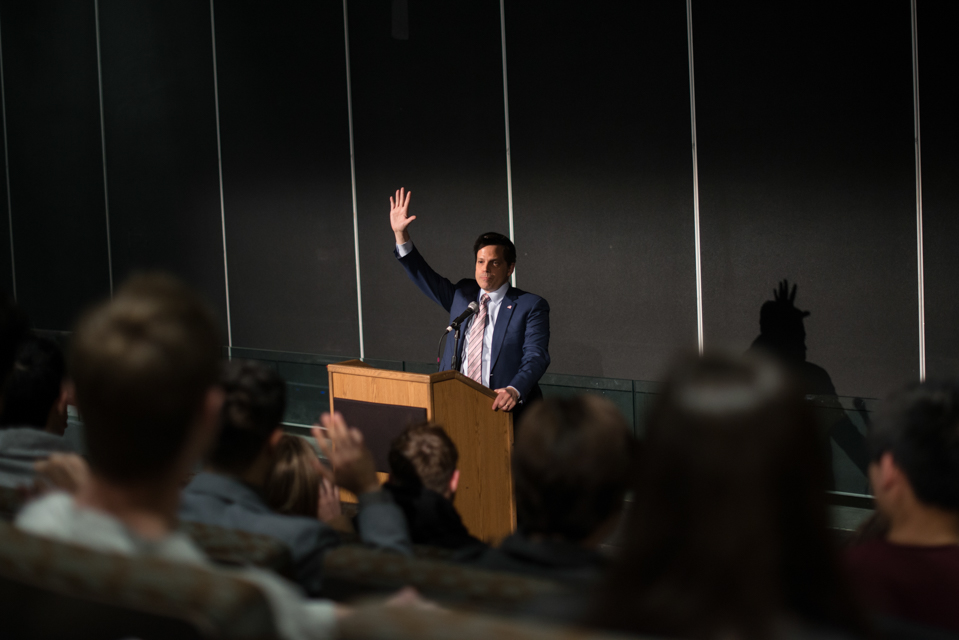 Anthony Scaramucci was met with a mixture of applause and boos when he spoke about his experience working under President Donald Trump at a Columbia University College Republicans event on Tuesday.

Scaramucci worked for Trump’s finance committee during the campaign and later gained national attention for his 10-day stint as White House Communications Director. CUCR invited him to speak, following speakers such as Candace Owens and Matt Braynard, in an effort to explore multiple facets of conservatism.

Scaramucci emphasized Trump’s appeal to middle-class America, noting his frequent visits to Michigan and Wisconsin. During his time working for the Trump campaign’s finance committee, Scaramucci said he saw his own working-class background reflected in the communities that have been left behind due to globalization and political neglect. He attributed this failure to both the Democratic and Republican parties.

“The aspirational working class has turned into the desperational [sic] working class, and if you don’t believe me, ask Bernie Sanders. There were two people in the campaign that saw this. It was Bernie Sanders and Donald J. Trump,” Scaramucci said.

Scaramucci admitted that he does not agree with some of Trump’s more controversial tactics, such as his inflammatory rhetoric on Twitter, but argued that it appeals to the middle class. He also claimed that Trump is beginning to dial back his rhetoric due to resistance from establishment politicians.

“The swamp got a hold of him and the swamp is trying to contain him,” Scaramucci said.

Scaramucci also noted the incredible changes caused by advanced technology and social media, which allow for citizen journalism and reinforce people’s biases. He congratulated Columbia for maintaining a more open campus, while his own alma maters, Tufts University and Harvard Law School, “have effectively disowned [him].”

He also called on the students in attendance to create solutions, stating that millennials are responsible for solving the political problems inherent in the two-party system.

“It’s ... really your generations in my opinion that [are] going to change everything. It’s the millennial generation that hopefully is going to pull the plug on the great polarity, and get us back to the discussions we need, which [are] the discussions on civil liberties, the discussion on national security, on infrastructure, on our educational system,” Scaramucci said.