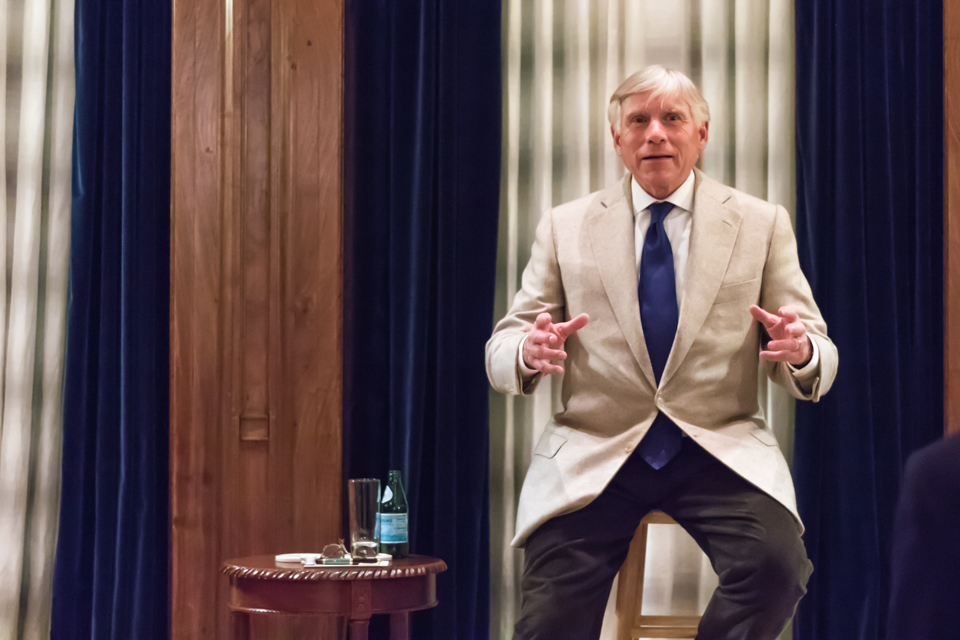 President Bollinger said that "faculty having sexual relationships with undergraduates shouldn’t be permitted,” in an interview with Spectator on Friday.

University President Lee Bollinger believes Columbia should adopt a policy unequivocally prohibiting sexual relationships between faculty and undergraduate students, he said in an interview with Spectator on Friday.

In the last year, two Columbia professors, William Harris and Thomas Roma, have stepped down from their positions at the University after multiple allegations of sexual misconduct towards students resurfaced years, sometimes decades, after the incidents first occurred.

Columbia’s current policy on student-faculty relationships, which was put into effect as of July 2012, only prohibits a professor from having romantic or sexual relationships with a student “over whom he or she exercises academic or professional authority.” In the interview, Bollinger called for a stricter rule that bans all sexual relationships between undergraduates and professors.

“I think [our policies] should be much broader than they are now; for example, faculty having sexual relationships with undergraduates shouldn’t be permitted,” Bollinger said. “How much wider to go? That’s open to the floor.”

Bollinger expressed uncertainty over how to handle misconduct that occured years ago, a challenge that has become more pressing amid the multitude of allegations that are surfacing at other universities and institutions across the nation.

“Allegations of misconduct in the past [are] obviously very complicated,” Bollinger said. “They may not have violated policies. How do you deal with change of mores? How serious was it? What are the possible consequences of this fact being known now? Is somebody a threat to current students because [of] what you now know? There’s no simple answer.”

In order for a such a rule to become University policy, it would have to be ratified by the University Senate and accepted by the board of trustees. A Senate committee is currently examining ways to refine rules surrounding student-faculty relationships, according to Executive Vice President for University Life Suzanne Goldberg.

While most Universities do not have policies against student-faculty relationships, several have taken steps to explicitly ban such relationships in recent years, including Harvard.