Kathryn Kolbert, director of the Athena Center, to retire in June

Kathryn Kolbert, director of the Athena Center, to retire in June 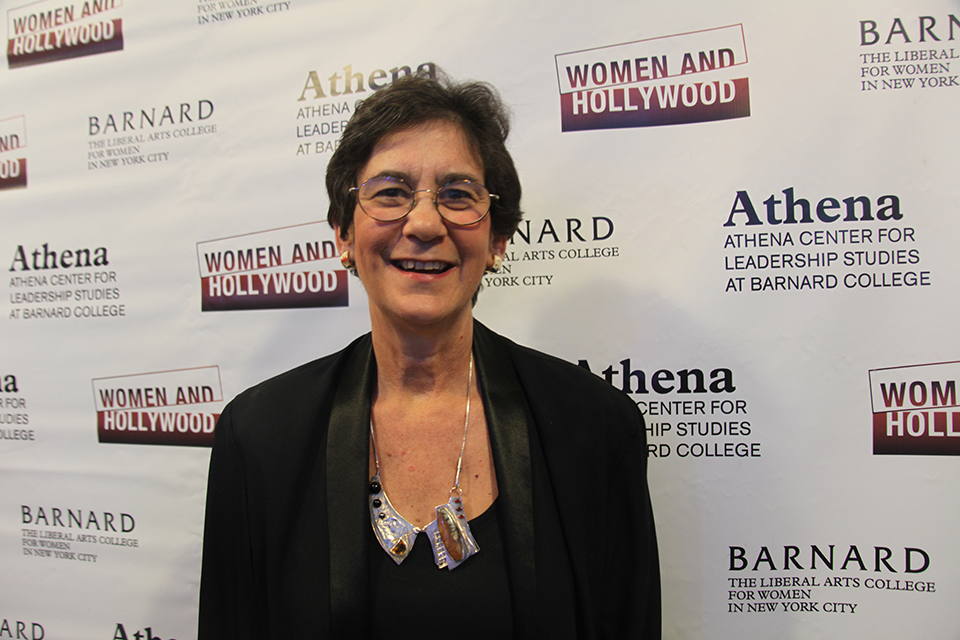 Professor Kathryn Kolbert at the Athena Film Festival in 2013. Kolbert will retire at the end of June 2018.

Kathryn Kolbert, the Constance Hess Williams ’66 director of the Athena Center for Leadership at Barnard College, will retire at the end of June, Barnard President Sian Beilock announced in an email on Monday.

Kolbert was hired to lead the center, which oversees the Athena Scholars Program and provides students with resources to connect with women leaders in politics and industry, when it was first announced in 2009. During her tenure as director, Kolbert helped launch a number of initiatives, most notably the annual Athena Film Festival, a program co-founded by Kolbert and Melissa Silverstein, who runs the Women and Hollywood blog.

According to Beilock’s email, Kolbert plans to serve as a consultant within higher education and the nonprofit sector after leaving Barnard as an adviser to BRAVA Investments and VoteRunLead. She will also continue her work with the Athena Film Festival, coming on as a consultant for the event.

Victoria Gordon, the Athena Center’s chief of staff, will serve as interim director. She will be assisted by Lisa Tiersten, a professor of history and co-chair of the faculty governance and procedures committee, and Giorgio DiMauro, the Dean for International and Global Strategy and a member of the office of the provost, as administrators assess the future of the Athena Center’s leadership.

The full text of the email can be found below.

I am writing to let you know that Kathryn (Kitty) Kolbert, the Constance Hess Williams ’66 Director of the Athena Center for Leadership Studies, has informed me of her decision to retire from Barnard at the end of June 2018.

Kitty has worked tirelessly at Barnard throughout her tenure, and we owe her tremendous thanks. She quickly built Athena into a thriving center, establishing the Athena Film Festival as a renowned marquee event. Over the past eight years, a great number of Barnard students have participated in Athena’s programs, including the Athena Scholars Program.

Upon retiring from directing Athena, Kitty plans to provide strategic consulting to senior leaders in higher education and the non-profit sector, serve as an adviser to BRAVA Investments and VoteRunLead, and continue her distinguished career as a speaker on constitutional and women’s rights issues. Kitty will also serve as a consultant with the Athena Film Festival.

I am pleased to announce that Victoria Gordon, Athena’s Chief of Staff, will serve as Interim Director as we plan for the future.

I am looking forward to the next phase of the Athena Center and to working with faculty, students, alumnae, and key stakeholders to think through what exciting steps are possible for Athena in the years to come. To this end, I have asked Lisa Tiersten, Professor of History and faculty head of the Faculty Governance and Procedures Committee, and Giorgio DiMauro, Dean for International and Global Strategy and member of the Provost’s Office, to work alongside Victoria. Together, they will meet with and compile thoughts and feedback from students, faculty, alumnae, and friends of Barnard to help shape our next steps.

Again, please join me in wishing Kitty well, and in thanking her for creating and growing Athena and inspiring people to make a difference in the world.