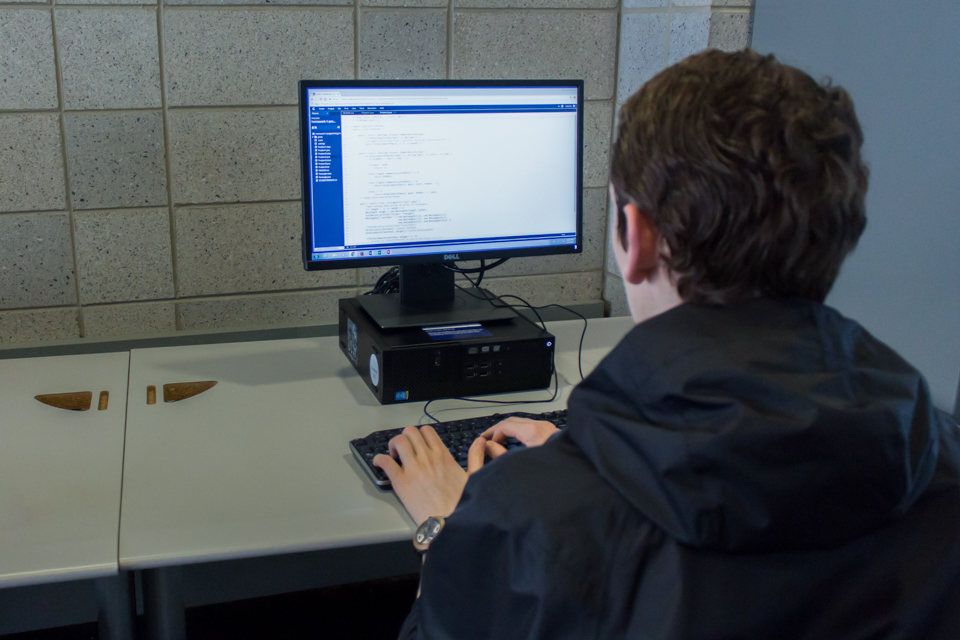 Students cited an emphasis on career success as an underlying cause of the prevalence of cheating in computer science classes.

The number of Columbia students caught cheating in computer science classes has raised serious concerns among professors, a trend that brings to light the decreasing value of academic integrity among students and that could threaten the reputation of the department and the University.

Professors point to specialized software that has made it increasingly easy to detect cheating in programming assignments to account for the rise in the number of students caught. Meanwhile, plagiarism itself may not be an issue unique to the department.

Attempts to find a way to mitigate cheating have left professors without a clear answer, but there is an agreement that cheating hurts the academic integrity that Columbia prides itself on.

“If cheating is widespread and we graduate someone who doesn’t know what they’re doing, they’re going to ruin our reputation—and it’s a very good reputation,” computer science professor Adam Cannon said. “Undergraduates are getting paid very well. It’s a testament to our students. We need to protect that brand.”

A major that has been especially touted for its job marketability, computer science continues to grow in popularity. There has been a more than 100 percent increase in students who study computer science since 2012 within the School of Engineering and Applied Science, and a 300 percent increase in Columbia College. All the same, this expansion has helped normalize cheating, particularly in introductory courses, as a means for students to achieve success in future careers.

In professor Jae Woo Lee’s Advanced Programming class, cheating has proven a consistent problem, with the number of students caught averaging close to 12 percent over the course of the past four semesters. In the spring of 2016, 37 students were caught cheating, accounting for 20 percent of the class, while that number dropped last semester to 25 students, or eight percent of the class.

This trend is not unique to Columbia, however, as peer institutions such as Harvard and Yale have seen similar outbreaks of academic dishonesty within the field. Nonetheless, the trend is especially apparent within computer science because of how easy it is for professors to analyze assignments using computer programs designed to detect cheating.

“I would say every time I actually run plagiarism detection software, I find people [who have cheated],” computer science professor Daniel Bauer said. “It’s extremely common—to some degree it depends on how close you look.”

However, over a dozen students and professors agreed that this lack of academic integrity is not unique to computer science but rather a wider trend throughout all of Columbia.

“I think that in a lot of classes, cheating has become kind of the norm. I think that students are fairly indifferent toward cheating, because it’s fairly well-known that they aren’t going to face repercussions,” teaching assistant for Advanced Programming, Linear Algebra, and Intro to Java Katie Stein, SEAS ’18, said.

Furthermore, discussions surrounding cheating are inseparable from mentions of stress culture. Faculty and students point to the pressure for students to overachieve and overextend themselves, contributing to a perceived need to cheat.

The culture of cheating is not only perpetuated by stress culture, but also by the emphasized focus on pursuing career goals—especially as CS experience is seen as an increasingly valuable skill for one’s résumé.

Although students and professors listed a number of reasons for such widespread cheating, students pointed to the ambiguity caused by a lack of standardization of class policies regarding collaborative work.

The computer science academic honesty policy leaves much of the specifics up to the professor, stating that all coursework must be done alone, without external aid or electronics unless otherwise indicated by the professor.

While some teachers permit collaboration, others do not. Moreover, the extent of what constitutes “collaboration” is often unclear. This lack of consistency has caused students to blur the line between collaboration and cheating, resulting in similar answers in homework and projects.

“I’ve definitely been in CS classes where I’ve known full well that I could just copy my friends’ code and get away with it,” Stein said.

Some classes only permit students to work together through discussion of theories and ideas, while other classes allow for more liberal collaboration on assignments. Many classes also allow students to copy lines of computer code from the internet as long as they cite them; though, it is not always explicit how much code can be taken from online sources. This reliance on the internet has made cheating exponentially easier, and students who are stuck on homework can turn to a multitude of online websites for help and even complete solutions.

Additionally, some professors don’t check for plagiarism on every assignment, mainly due to the large number of students registered for their course, making it difficult to understand the scope of plagiarism. A student may collaborate on every homework assignment but only get flagged for cheating on one occasion.

However, some students and professors disagree that there is ambiguity, arguing that students generally know when using external aid became cheating.

“Students will often hide behind ambiguity,” teaching assistant for Advanced Programming and Operating Systems I John Hui, CC ’18, said. “There’s definitely different kinds of cheating, but I think there’s a clear line where it is cheating or is not.”

As computer science has become a particularly desirable skill to include on a résumé, students are now double-majoring or minoring in computer science in order to improve their marketability.

“Students become obsessed with getting a name-brand internship. They forecast themselves so far in the future that they forget the overall intention of going to a place like Columbia,” computer science and creative writing double major Sean Kelso, CC ’20, said.

Although computer science professors have struggled to pinpoint the main reasons for the decline in academic integrity, most agree that the problem is not unique to computer science, and may be tied to a pressure on students to overachieve.

“It’s across the board. We just have tools to catch students. I do know as faculty there’s only so much we can do. We’re not police. We want things to be fair for students, but honestly I don’t think you can change a culture from the top down,” Cannon said.