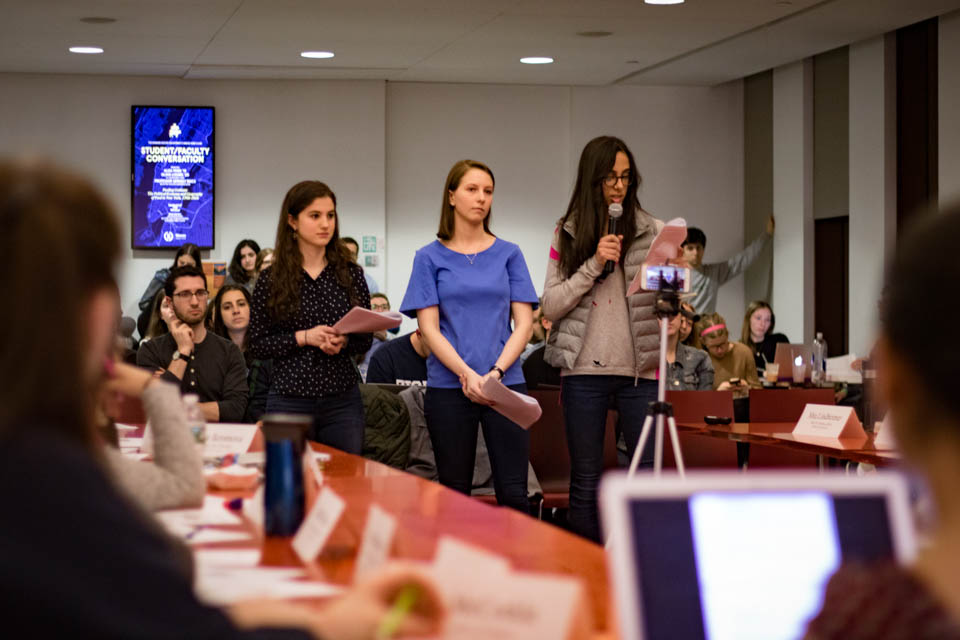 Representatives from Aryeh spoke in front of over 100 students at Barnard’s Student Government Association meeting, requesting that SGA refrain from using the word “apartheid” in its upcoming referendum on divestment from Israeli companies.

Aryeh, a Jewish student group that supports a two-state solution, followed up on Columbia University Apartheid Divest’s presentation last week, at which the group urged SGA to support its demand for Barnard to divest from eight companies that profit from or contribute to the subjugation of Palestinian people.

At the end of last week’s meeting, which also drew large crowds, SGA voted to include a referendum on the ballot of the upcoming elections cycle addressing whether or not it should recommend CUAD’s divestment campaign to the Barnard administration. 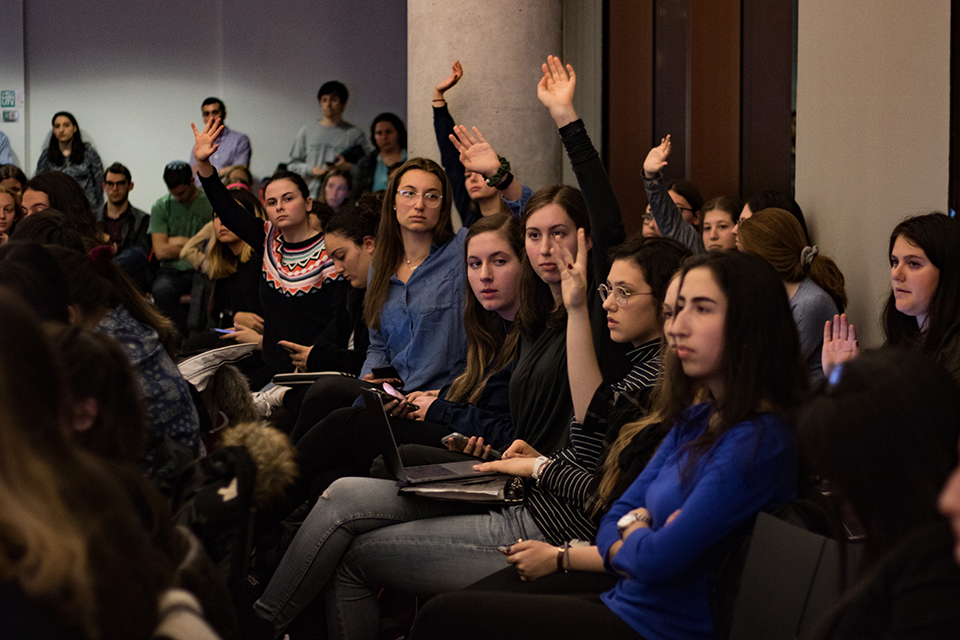 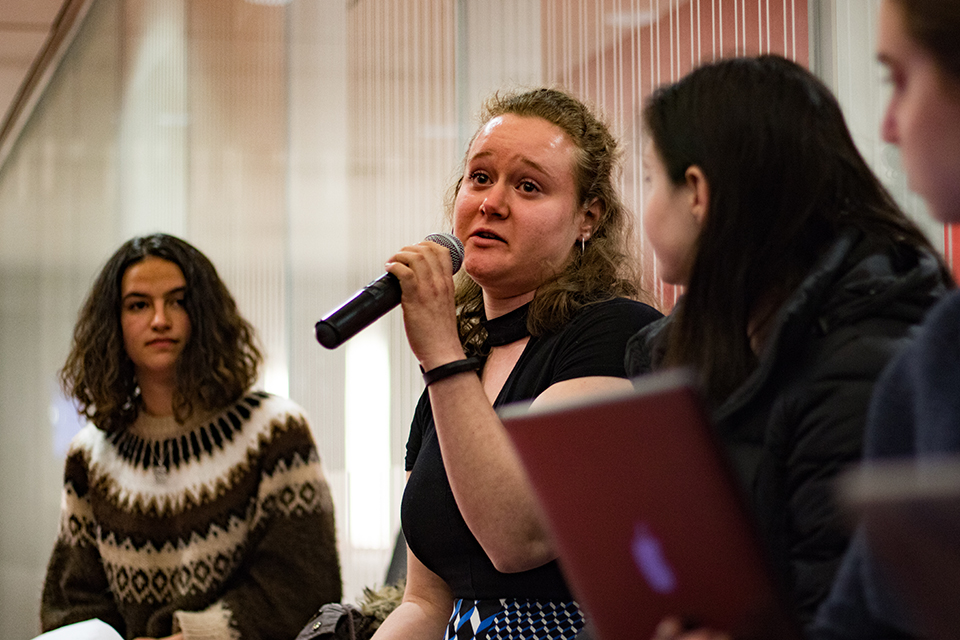 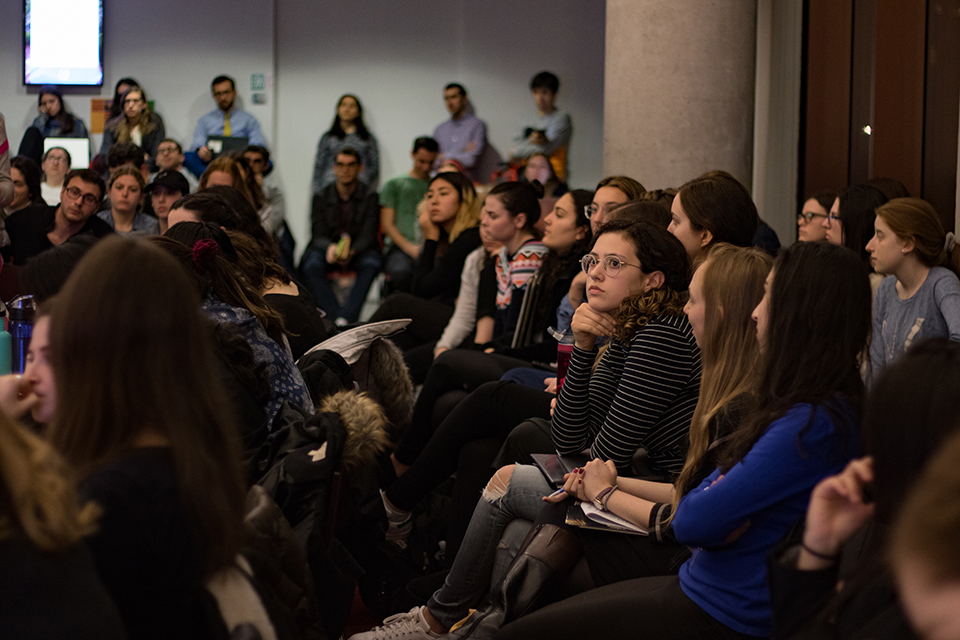 The presenters cited prominent politicians such as Bernie Sanders, Kamala Harris, and Hillary Clinton, who have previously stated their support of the state of Israel. They also argued that BDS’ attempt at delegitimizing this right is an act of anti-Semitism.

Chafe pushed back against BDS’ claim that Israel is an apartheid state by arguing that all of its citizens are granted equal rights and many Arab citizens rise to prominent positions in society.

However, Stolovitz did acknowledge that Israel is an imperfect nation.

Stolovitz also argued that CUAD’s presentation was misleading by suggesting that other universities had divested from Israeli companies when, in reality, none have.

In response to the presentation, several SGA representatives questioned how economic divestments from specific companies that allegedly commit human rights violations could hurt and oppress Jewish students at Columbia and Barnard.

The presenters cited “I is for Intifada,” an Apartheid Week event which was occuring at the same time as the meeting, as an example of how the presence of CUAD on campus can cause Jewish students to feel unsafe.

“One thing I want to emphasize: we showed you the slide on the screen where Students for Justice in Palestine called for intifada, and we have given you horrifying stories of what intifada means to us as Jewish people,” Chafe said. “To us it means the murder of innocent people. And this is why us as Jewish people feel targeted by your movement.”