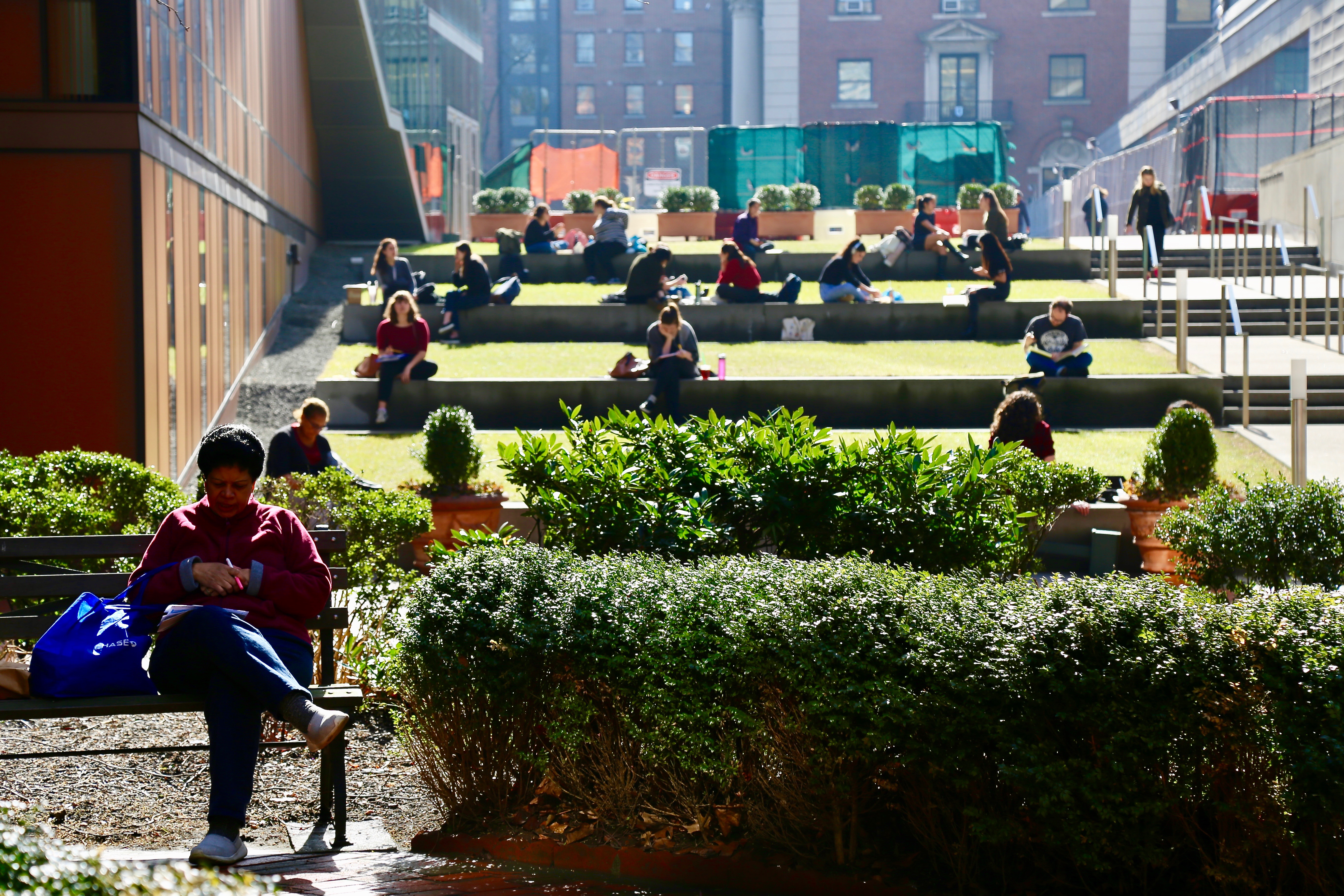 Survey questions asked students to assess food and dining at Barnard, peer-to-peer support resources on campus, and Barnard’s gym facilities, among other issues.

Barnard’s Student Government Association released the results of its annual Desserts After Dark survey, which found that the majority of respondents are dissatisfied with the quality of peer-to-peer resources, including the writing and speaking fellow programs, and gym facilities, at its Monday meeting.

Desserts After Dark is an optional survey conducted by SGA’s Campus Life Committee every semester. The topics the survey covers are determined by members of SGA, and the results are used to gain information about student life on campus.

Students who did respond to the survey expressed concerns that SGA is disconnected from students and insular in its operations, with many positions remaining uncontested during their annual elections.

“I know that in the past, SGA has faced problems with publicizing elections in general and that many positions go uncontested [and that] a small percentage of Barnard students actually vote,” one respondent wrote. “I feel like this is a combination of students feeling like the work that SGA does doesn’t ‘affect’ them ... and the fact that SGA Rep Council positions seem to go to the relatively same subset of people each year with few exceptions.”

Of the 22 positions that were open for election last spring, 14 were uncontested. SGA is currently accepting applicants for this year’s elections and will release their candidate list on April 8 in advance of their candidate forum, which will be held on April 10. Vice President for Campus Life Aku Acquaye, BC ’18, attributed the decline in responses to the fact that SGA advertised the survey over spring break when students were not on campus.

Survey questions asked students to assess food and dining at Barnard, peer-to-peer support resources on campus, and Barnard’s gym facilities, among other issues.

The survey found that the majority of respondents had not used the Speaking Fellow Center or the Empirical Reasoning Center, which provides training and support for students using statistical analysis, textual analysis, and geographical information systems in the classroom. While 72.7 percent of respondents had consulted a writing fellow, 65 percent said they had never used the services of Barnard’s Speaking Fellow Center, and 66.1 percent had never been to the Empirical Reasoning Center.

One respondent suggested that there should be speaking fellows for foreign language classes, while another reported that “most writing fellows are not helpful enough” and provide “vague” feedback.

Student comments regarding dining services were also mixed, with the Diana Center Café generally receiving more positive responses than Hewitt Dining Hall. Students expressed concerns regarding the availability of food, attentiveness of staff, and the cleanliness of facilities, particularly at Hewitt.

Hewitt’s B health rating, which cited evidence of mice, filth flies, and improper sanitation in the dining hall, ignited student concerns regarding food safety earlier this semester. Hewitt’s health rating is still a B.

73.3 of respondents were discontent with the cost of washing and drying clothes, with one respondent writing that “Barnard should have free laundry services like Columbia. The disparity is striking, and financially strenuous.”

In February, SGA responded to student laundry concerns and passed an endowment proposal of $5,500 to distribute 200 free laundry cards to low-income students.

Junior Class Vice President Surbhi Lohia, BC ’19, presented the LeFrak Center as a solution to space issues on campus, as the first-floor library will be available once the Milstein Center is complete. While Barnard plans to continue to use the second floor of LeFrak as office space, Acquaye said the future of the first-floor space is unclear.

At the end of the meeting, SGA said they plan to address student concerns raised in the survey by meeting with administrators to discuss possible solutions in the coming weeks.

UPDATE, April 12 2018 at 3:45 a.m.: This article is based on the results of the Barnard Student Government Spring 2018 Desserts After Dark Survey as presented by Vice President for Campus Life Aku Acquaye, BC ’18, at an SGA meeting on April 2. On April 6, Acquaye acknowledged in a statement to Spectator that the presentation had included data inaccuracies that mischaracterized student satisfaction with the Writing Fellow and Speaking Fellow programs, citing satisfaction rates as much lower than they actually were. SGA published the corrected version of the presentation on April 10 to their Facebook page, but did not publicly acknowledge that the prior presentation had been incorrect. Read the full story here.