When professors make racially insensitive remarks, whose job is it to confront them?

When professors make racially insensitive remarks, whose job is it to confront them? 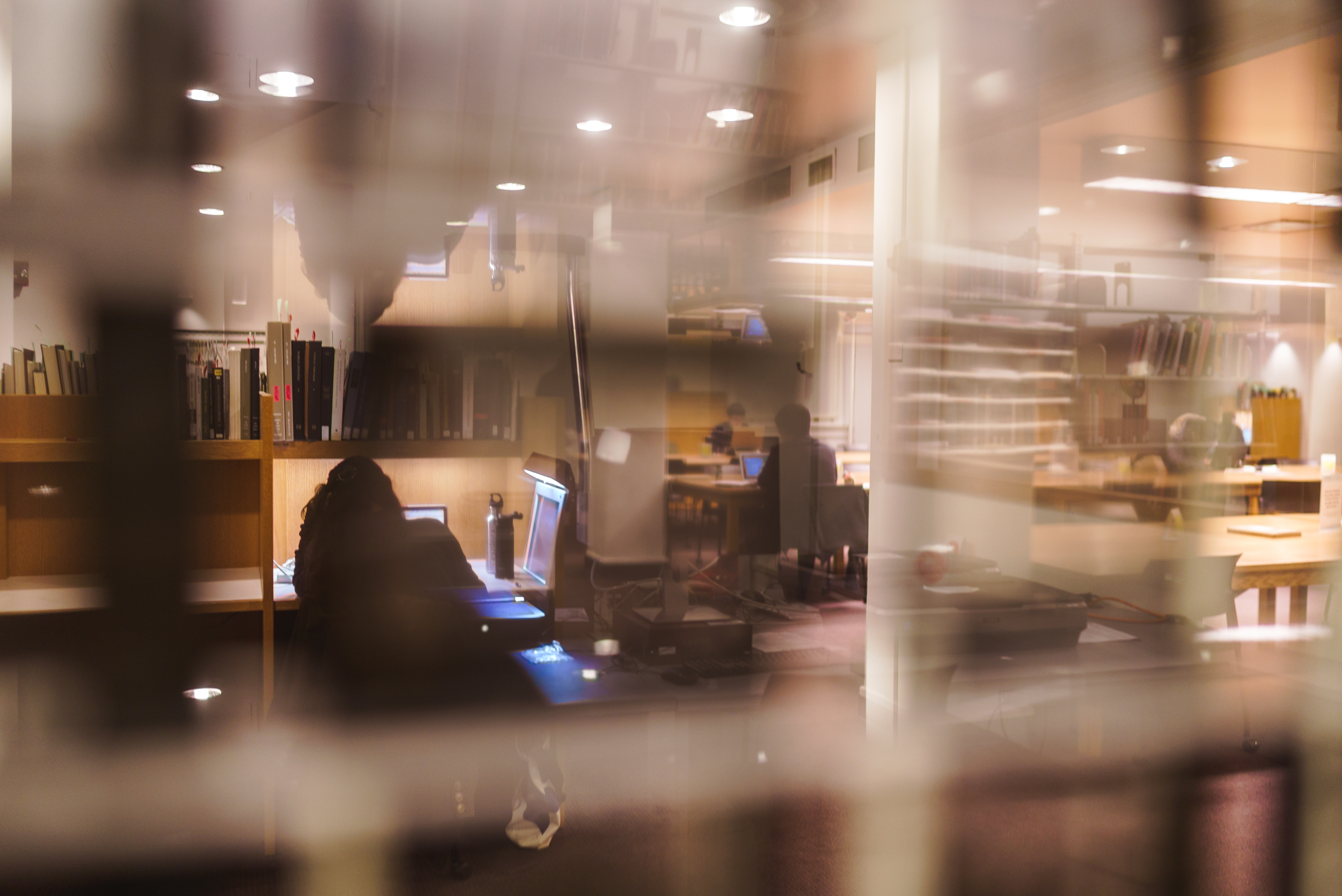 Microaggressions in the classroom can hinder student growth and learning, particularly for students of color, who are disproportionately affected by these instances.

Maria Fernanda Martinez, CC ’18, was one of two nonwhite students in an American studies seminar last year. Her professor told the class that, when studying the 1960s, it was fine to use the word “Negroes” to refer to African Americans, as it was the term used at the time.

Martinez, troubled by these comments, sent her professor an email after class, including links to resources about why using the term is offensive, but said she saw no real change in her professor’s approach to teaching the material.

“I didn’t pay attention in class after that,” said Martinez.

However, when asked about the incident, her professor, Todd Gitlin, defended his use of the word.

“It is in fact true, a matter of historical record, that African Americans in the ’50s and ’60s wanted to be called ‘Negroes.’ Denying that practice would be a falsification of history,” Gitlin wrote in an email to Spectator.

Sabina Jones, CC ’20, recalled a white professor saying the N-word when reading it in a racially-charged book in an English class. She said this experience made it difficult to engage in class for the rest of the semester.

“It’s hard to continue on, not knowing if you are welcome in a space completely or [if] people have the knowledge to welcome you to a space,” she said. “It creates a roadblock in continuing down the path that you want to continue on.”

These tense interactions, commonly known as microaggressions, occur when comments or actions are—either intentionally or unintentionally—discriminatory or offensive towards people of marginalized identities.

Microaggressions in the classroom can hinder student growth and learning, particularly for students of color, who are both disproportionately affected by these instances and face the most deterrents in reporting them. But students have said that while these instances are distressing and can alienate them in their classes, they usually do not cross the threshold into behavior that would warrant a full discrimination report, leaving them without much recourse.

While students can confront their professors directly, faculty—particularly those who have been teaching in their fields for long time—are often reluctant to learn from or respond to student concerns.

Columbia has no mandatory sensitivity training for faculty regarding issues of race and identity.

Faculty do, however receive a mandatory briefing on other issues—in attempt to educate faculty about “student-oriented best practices” on a range of topics including Title IX, DACA, and mental health, the Office of the Provost unrolled a short, mandatory online briefing last semester that all faculty and staff must complete.

The need for more inclusive teaching practices arises in part from the fact that identity related issues are constantly changing, and students believe older faculty have more difficulty keeping up with norms of sensitivity.

Existing initiatives to promote inclusive teaching and diverse curricula on campus are neither mandatory nor widely used by faculty. These include the Center for Teaching and Learning’s “Guide to Inclusive Teaching” and efforts by the Race, Ethnicity, and Inclusion Task Force to start conversations about students’ experiences in the classroom.

Because of their optional nature, these resources are often utilized by a self-selective group of faculty who are already seeking to develop more inclusive teaching methods, rather than reaching faculty who may benefit from them the most.

History professor Karl Jacoby said that without a mandate from the University, many faculty don’t see the need to increase their sensitivity to issues like microaggressions, especially in cases that may not seem as obvious as explicit discrimination.

“The larger issue is a lot of these are smaller microaggressions, which I think are often issues of unconscious bias that people just aren’t aware of. It’s not an issue of bad intentions, it’s just an issue of needing to learn how to become a little more sensitive, about how to become a better teacher,” Jacoby said.

While there is no standardized training to set expectations for how faculty should approach issues of race, students who want to report bias or discrimination in the classroom must turn to The Office of Equal Opportunity and Affirmative Action. Despite outreach to raise awareness of their services, especially during the New Student Orientation Program, EOAA ultimately relies on students to come forward and identify professors in order to proceed with an official investigation.

EOAA also offers informal proceedings to encourage students to seek mediation, including helping students change their schedules and facilitating conversations between students and faculty about incidents in the classroom that concerned the student but that may not qualify as policy violations

But for students of color in particular, who are both more likely to experience discrimination and be the minority in their classes, this means of formal reporting might discourage them from approaching EOAA.

Further, students note that while these microaggressions and instances of insensitivity often occur in the classroom, these incidents seem to stem more from ignorance than malintent. Martinez said that she did not report her professor because she felt that his comments were ill-informed rather than targeted at her.

“I think there’s [the idea of] whose word is going to be valued and whose is going to be minimized. So knowing that the incident was not big enough for my classmates necessarily to have perceived it, I wasn’t going to have their support either, and so it would essentially be his word against mine,” Martinez said.

Additionally, the power dynamic that exists between students and professors means that students often fear retribution, especially for professors who teach in their major or are important figures in a department.

However, to encourage students in the School of General Studies to file reports, the GS Bias Response Team, made up of advisers and Student Life staff, helps students navigate a reporting process that can be overwhelming.

A similar team, comprised of members from offices including Residential Life and Multicultural Affairs who meet with students affected by bias incidents to address their personal needs, exists for Columbia College and Columbia Engineering.

To take a more proactive approach, the EOAA hosts voluntary in-person training sessions about how to handle issues like diversity and inclusion, implicit bias, and microaggressions. These trainings are led by Director of Training Serena Barnett, and can be requested by anyone from department chairs to students—but they are fully optional.

For faculty who are unaware of how to deal with issues of discrimination or who don’t prioritize inclusivity in the classroom, they may never receive specialized training unless reported by a student.

“If someone is ignorant about a situation, then it’s really hard to expect them to actively go and seek that information, because that’s the whole point of them being ignorant,” Jones said.

The EOAA was instrumental in creating the provost’s briefing that was released last semester, the first mandatory training of its kind. The briefing, which takes less than an hour to complete, predominantly helps connect professors to campus resources by presenting brief examples of difficult classroom scenarios and informing faculty of which offices they can turn to for guidance if such cases arise.

However, both students and faculty have questioned the effectiveness of the briefing in preparing professors to deal with complex issues surrounding race and identity, pointing to it more as a means of navigating Columbia’s legal policies.

“I think we’ve had lots of instruction on the legal end of it, which is not always that easily applied to real life situations, particularly in the classroom,” said Alan Stewart, chair of the English department. “There was a lot of pushing things to one side, which you can’t do in the middle of a class, like ‘I’ll just check with the Equal Opportunities and Affirmative Action how I should have answered that question’—it’s too late, you’re in the moment.”

Though Barnett highlighted the importance of the briefing, she also said that it serves a complementary role to in-person trainings, which allow for the opportunity to practice real-life situations.

“The thing that one-on-one workshops enable us to do is be able to talk through those issues more comprehensively,” she said.

Stewart said that making these workshops mandatory would also prove difficult in part because of the professional pride of long-standing faculty who have strong convictions about their existing teaching practices. This resistance is also indicative of the fact that teaching ability is not necessarily a priority for all faculty.

“When people have been teaching successfully, as far as they are concerned, for many years it is difficult to explain to them why they might want to be told how to teach by someone else, or to even have a discussion about that. We don’t have a culture here of training through the career,” Stewart said.

From a student perspective, however, mandatory workshops can still be impactful because they initiate productive discourse that might not otherwise be had.

“Mandatory trainings are less about punishing or limiting conversation, but more making sure that everyone has the language and the basic knowledge to be able to engage in those conversations,” Martinez said.

Astronomy professor David Helfand said younger faculty members are frequently more motivated than their older counterparts to improve their teaching and utilize the types of resources offered by the CTL. He is optimistic that more inclusive teaching will come with time, especially as older faculty leave Columbia.

“It might take a bunch of funerals at an institution this old and staid, but I think it is changing and I think that’s good,” said Helfand. “I think it’s changing in a positive direction.”