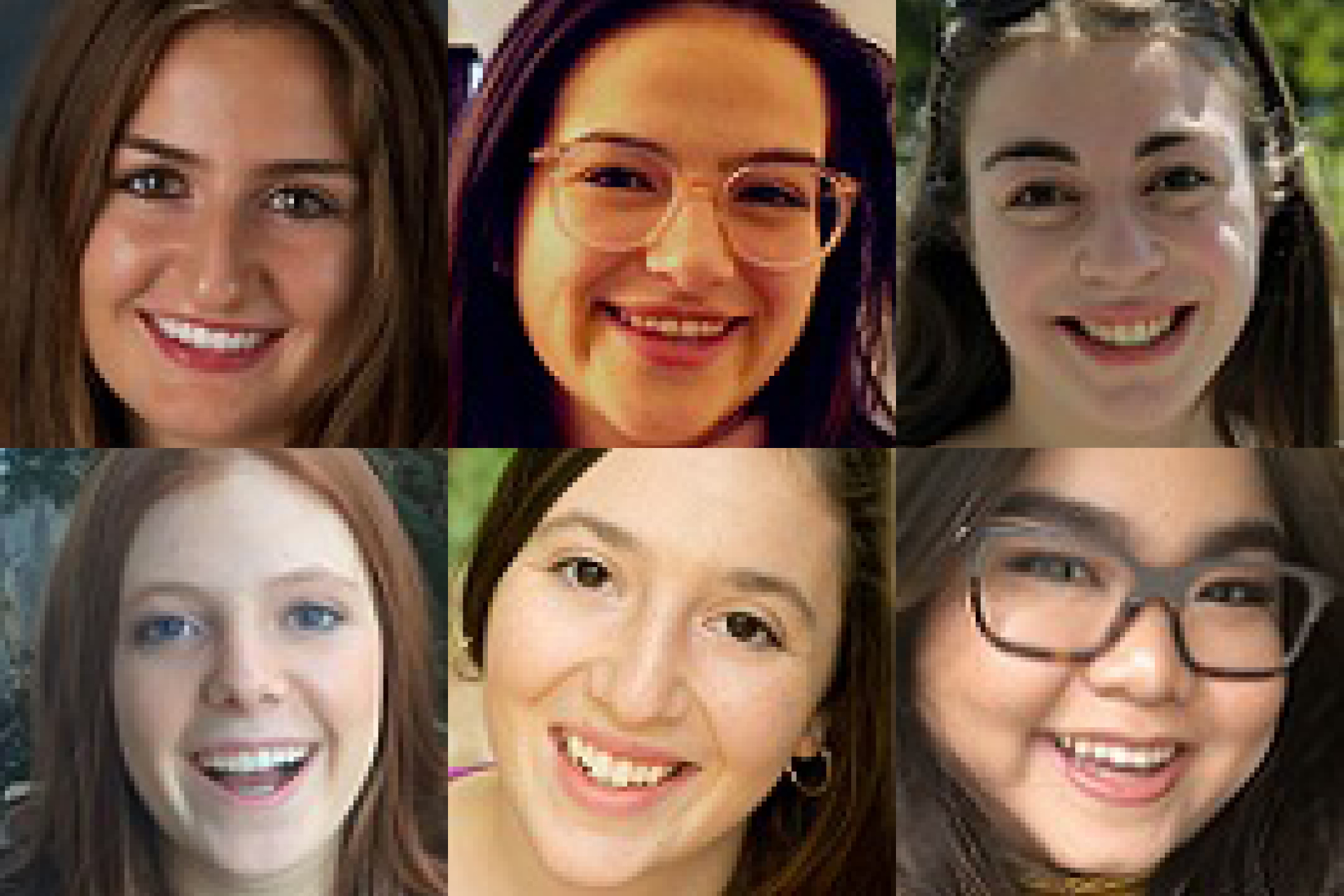 The forum, which was held in the Millicent Carey McIntosh Student Dining Room, was attended by more than 100 students. While the event was also livestreamed on Facebook to increase accessibility, fewer than a dozen students accessed the video during the two hour event.

Though the number of uncontested positions is fewer than it was last year, when 14 of the 22 positions had just one candidate, 10 of this year’s 21 positions are uncontested, accounting for just under 50 percent of seats. Notably, of the five executive board positions—the most central leadership roles on SGA—four positions were uncontested.

All candidates attended the forum or made alternate arrangements to have someone else deliver their speeches, as compared to the Columbia College Student Council and the Engineering Student Council debate on Sunday that saw several candidate no-shows, forcing elections for those roles to be postponed until the fall.

Nicola Kirkpatrick, BC ’19, is running unopposed for the position of president but said she would rather her position be contested.

“I would want more people in SGA. I want credibility and legitimacy not only in the position but in the organization as a whole,” Kirkpatrick said. “I want students to trust and want to be involved in SGA and in the representative council specifically.”

Kirkpatrick, who served on SGA class council during both her first year and sophomore year, though she studied abroad her junior year, is excited to return to the council in the wake of important structural changes at Barnard.

As president, she said she plans to focus on increasing student input by ensuring that students are involved in determining how space is allocated in the soon-to-be-completed Cheryl and Philip Milstein Teaching and Learning Center and in the development of Barnard’s new computer science department.

Kirkpatrick also discussed plans to create on-campus health care that is available 24 hours a day, provide official recognition for sororities, and ensure that air conditioning is available in every residential dormitory.

Mia Lindheimer, BC ’19 and current representative for campus affairs, plans to tackle policies that marginalize particular student groups, such as students who are low-income and first-generation.

She plans to support these students by addressing concerns regarding laundry and food insecurity. Lindheimer’s platform also includes improving student interactions with residential access attendants, which many students have reported to be uncomfortable.

Hannah Stanhill, BC ’20, plans to get students more involved in the Barnard community, particularly in SGA, by planning bonding events that are accessible to all students. One of her goals is to make sure that future elections do not have uncontested roles.

Her platform also focuses on increasing SGA’s transparency by publicizing the results of the Desserts After Dark survey, seeking additional avenues for student feedback and input, and increasing collaboration with campus groups.

The two candidates for vice president for communications, the only contested executive board position, are Julia Pickel, BC ’19 and current representative for Seven Sisters relations, and Kim Samala, BC ’20. Both said that if elected, they would focus on increasing transparency and student outreach, but they offered different approaches.

Pickel discussed her idea to create a Google Calendar that would list all campus events, where students would have the choice to opt into following the calendar. She also offered the idea of hosting dinners with other Executive and Representative Council members and the greater student community.

Samala introduced the idea of a mobile app to keep students updated on all campus events and provide an equal platform for all student groups on campus, no matter how big or small.

Rachel Nordlicht, BC ’20, addressed issues of mental health and budget allocation for her plans as vice president for finance.

Nordlicht said she would like to secure additional funding so that students can receive additional counseling sessions at Furman than what is already provided.

Jessica Cruz, BC ’20, and Sydney Fox, BC ’20 and a Spectator staff member, are running for the position of junior representative to the Board of Trustees. Cruz wants to bring awareness to the lack of resources available for marginalized students, specifically textbook availability. Fox discussed her plans to establish a mentorship program with the Board of Trustees and to increase grants for summer internships.

“A lot of people on Barnard’s campus are less inclined to take political or nonprofit or some research internships because [they are often unpaid],” Fox said. “But they are fields that desperately need women, especially Barnard women.”

Solace Mensah-Narh, BC ’21, Hadassah Solomson, BC ’20, and Talia Welte, BC ’20, are running for the position of representative for academic affairs.

Mensah-Narh discussed the disconnect between faculty and students as well as the importance of diversity and inclusion in academia.

“You should be able to know leaders in your field and leaders that look like you in your field,” Mensah-Narh said.

Solomson discussed her ideas to help students navigate the Office of the Registrar, including her plan to establish a fund to help low-income students pay for transcript requests.

Welte addressed her plans to increase transparency and the importance of taking full advantage of professor office hours, which she often does to start conversations and establish relationships with faculty members.

Demme Durrett, BC ’19, Phanesia Pharel, BC ’21, and Rachel Meier, BC ’19, are running for representative for arts and culture. They discussed the importance of increasing accessibility to the arts for low-income and marginalized students in the form of proper funding and excursion opportunities.

Gabrielle Obregon, BC ’21, and Chelsea Sinclair, BC ’21, are running for representative for campus affairs. Obregon was motivated to run for the position because of how welcomed she felt by Public Safety during her first year at Barnard. Sinclair addressed the alternative perspective of marginalized students on campus who can be made to feel uncomfortable around Public Safety officers and residential desk attendants.

When asked what each would do to improve the experience of students on campus in regards to interactions with Public Safety officers, Obregon discussed the importance of consistently checking in with students through meetings and surveys while Sinclair demanded direct interface.

Blythe Drucker, BC ’21, and Yeliz Sezgin, BC ’21, are running for representative for food and Dining Services. Both candidates’ platforms focused on addressing food insecurity on Barnard’s campus.

“No student should have to choose between books and a meal,” Sezgin said.

Ava Adler, BC ’20, and Emma Erenmark, BC ’21, are running for representative for Health Services. Both candidates addressed platforms aimed at improving Primary Care’s walk-in hours and having healthy options in the dining halls.

Tirzah Anderson, BC ’21, is running uncontested as representative for inclusion and equity. She discussed the importance of inclusion and equity as something that every member of SGA needs to be focused on. She said her role will be ensuring that this happens.

Yasmine Kaya, BC ’19, and Rebecca Narin, BC ’21, are running for representative for information and technology, and both aimed to use technology in an interdisciplinary fashion to make academic resources like class notes more accessible to students.

Idris O’Neill, BC ’21, is running uncontested as representative for Seven Sisters relations on a platform based on “empowering women of all shades.” She said she wants to make campus a conducive space for marginalized students of color, and expand the definition of a “women’s college.”

Caroline Cutlip, BC ’20, is running uncontested as representative for sustainable initiatives and plans to establish simple and efficient composting in all dorms.

There are two candidates for junior class vice president: Tanisha Aggarwal, BC ’20, and Céline Zhu, BC ’20.

Zhu has served as her class treasurer for the past two years and was instrumental in a Sophomore Class Council laundry subsidization program that provided free laundry cards for more than 250 low-income students this semester.

While both emphasized the importance of supporting low-income students, particularly those who struggle with food insecurity, they offered different ideas for addressing this need.

Zhu said that in addition to continuing and expanding her laundry initiative, she would also like to continue to provide class dinners.

Aggarwal said that rather than host dinners, she would buy non-perishable food in bulk to provide individuals in need with food that they can access at any time.

“I want to use our budget to effectively fight food insecurity,” Aggarwal said. “I want to partner with local stores to buy food in bulk and give it to the students that need it … rather than spending a lot of money on expensive catering, like Dig Inn.”

Tina Gao, BC ’21 and current first-year class vice president, Ana Pena, BC ’21, and Dana Ross, BC ’21, are all running for sophomore class president. Gao is the only one with prior council experience.