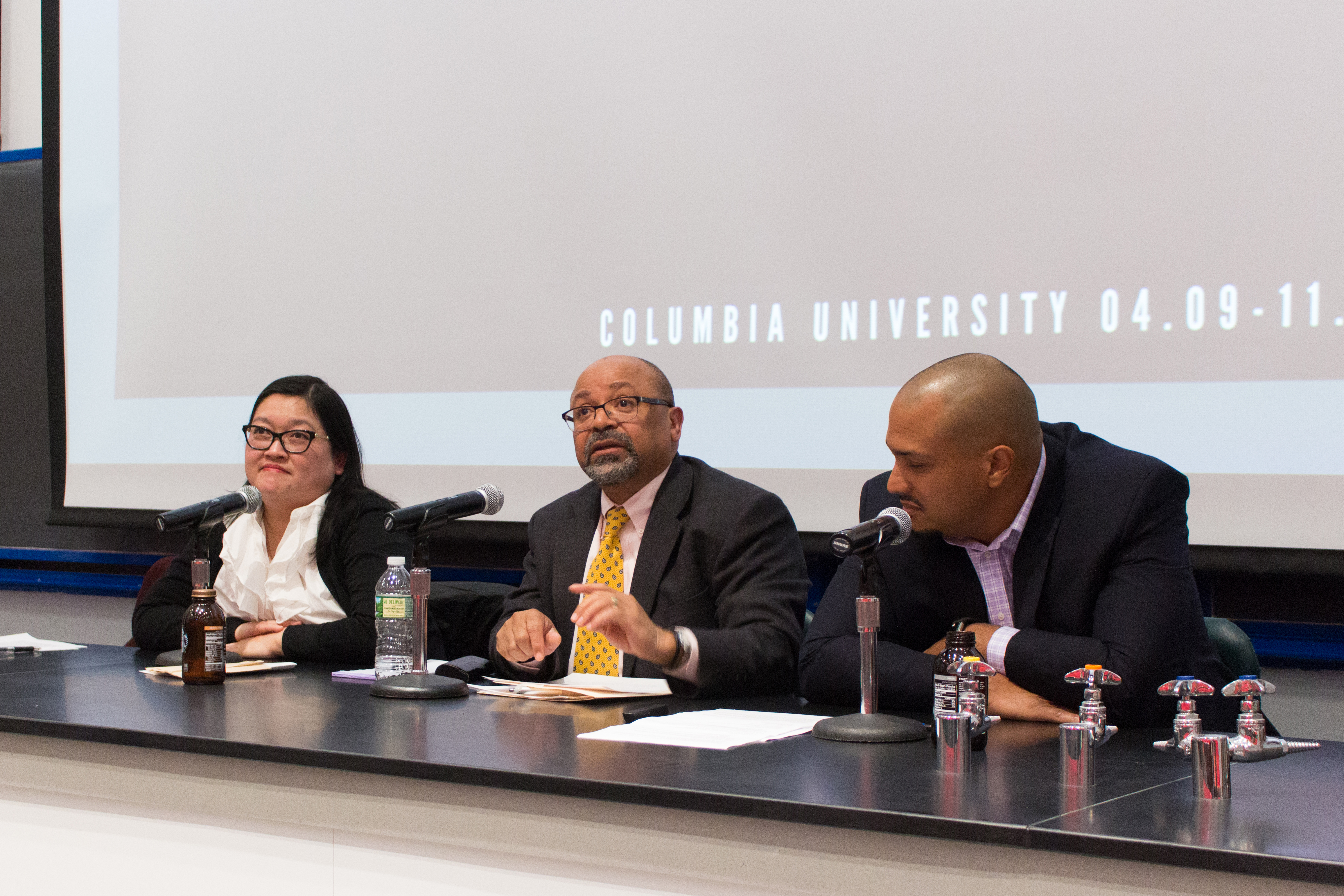 A panel of professors discussed the issue of white supremacy in higher education and the ways in which speech emanating from white supremacists can be considered violent at an Academic Freedom Week event on Tuesday night.

The event, titled “White Supremacy in Academia,” was held in response to Columbia University College Republicans’ recent slate of controversial far-right speakers. CUCR has provided a platform to incendiary speakers at several of its events, many of which promote far-right views. Several of its events this year have been met with protests.

Panelists recounted their experiences being targeted in academia for speaking against white supremacy. Both Thornhill and Kim said that the use of social media by white supremacists often escalates into stalking and racially charged threats.

Daniels’ work focuses on how the Internet can promote ideas of white supremacy by moving them to the center of national debate through conservative media outlets.

“Now, with the rise of the Internet, anyone can be an expert. ... For white supremacists, this is an opportunity,” she said. “They see academic freedom as an opportunity.”

She cited instances of CNN calling in experts to discuss quotes from alt-right sources, such as "whether Jews are humans.” The consequence of this, according to Daniels, is that dehumanizing debates have become more commonly accepted.

Williams argued that most universities do not acknowledge their complicity in white supremacy, making “empty and odious statements” against their violence and rhetoric while imposing restrictions on professors seeking to critique it.

Thornhill—who teaches a course called “White Racism” at Florida Gulf Coast—argued that an often overlooked threat on university campuses stems from groups such as the College Republicans and Young Americans for Liberty, which can claim a principled stand against such courses as exclusionary.

“These folks are a problem and it’s only a matter of time before someone gets murdered,” he said.

Daniels said that, above all, it is important to show solidarity with professors being attacked by the alt-right, while Thornhill advocated that people speak out against those trying to silence them.

“We need to use more radical candor, and out everyone that is not supporting us—put them on blast,” Thornhill said.

Kim echoed this sentiment, urging the audience to recognize the implications of losing minority voices on college campuses.

“You must resist normalizing the violence and genocide directed at the most vulnerable bodies in your community; otherwise we will disappear, and your campuses will become a cog within the white supremacist machine.”