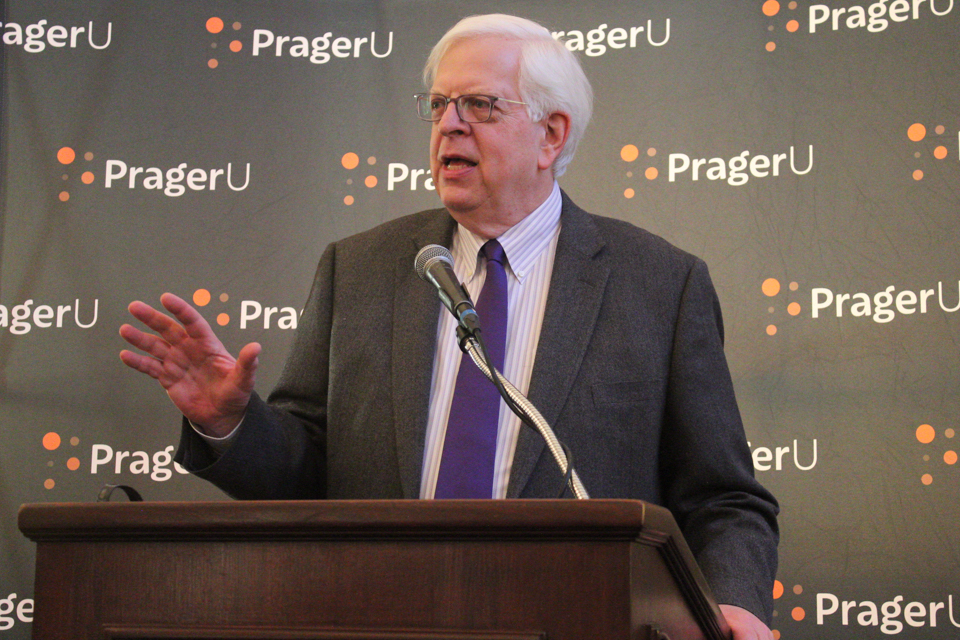 Prager—a School of International and Public Affairs dropout—is best known for co-founding PragerU, a media organization with popular, short YouTube videos such as, “As the Rich Get Richer, the Poor Get Richer,” “Eye for an Eye: One of the Greatest Ideas in History,” and ”Blacks in Power Don’t Empower Blacks.” Over 50 members of the Columbia community attended the two-hour event, which, unlike previous CUCR guest speakers, lacked protesters.

Prager, who is Jewish, spoke about his connection to God, which he said was strengthened by his experiences at Columbia, citing his mounting disillusionment with leftist ideologies prevalent here. For Prager, the drive for his search for meaning in life provided the foundation of his religious devotion.

Relative to other CUCR speakers this semester, which include Ann Coulter and Anthony Scaramucci, Prager focused far less on conservatism itself. Though his arguments varied—from emphasizing the importance of preserving a “traditional,” “Christian” America to deconstructing the falsehood that “men and women [are] the same” to extolling the joys of sober sex—his primary message was clear.

“I’m here to advance the cause of belief in the God of the Bible,” Prager said. “I don’t care how you interpret that, that’s what I’m here for.”

Despite the controversy that often surrounds CUCR events, the evening progressed smoothly. No protesters interrupted the speech and the audience’s questions for Prager were not meant to stir debate. Prager entered the room to a round of applause and received a similar ovation on his way out.

Throughout the Q&A section, Prager answered questions about America’s religious roots, the existence of God, and Donald Trump. Though all interactions remained civil, he yielded little ground to students, often reinforcing his answers with anecdotal evidence.

“I’ve been called a lot of things,” Prager said. “Just Google ‘Dennis Prager’ and ‘asshole’ and you’ll get 50,000 hits. But I’ve never been called a liar. I’m crazy about the truth.”