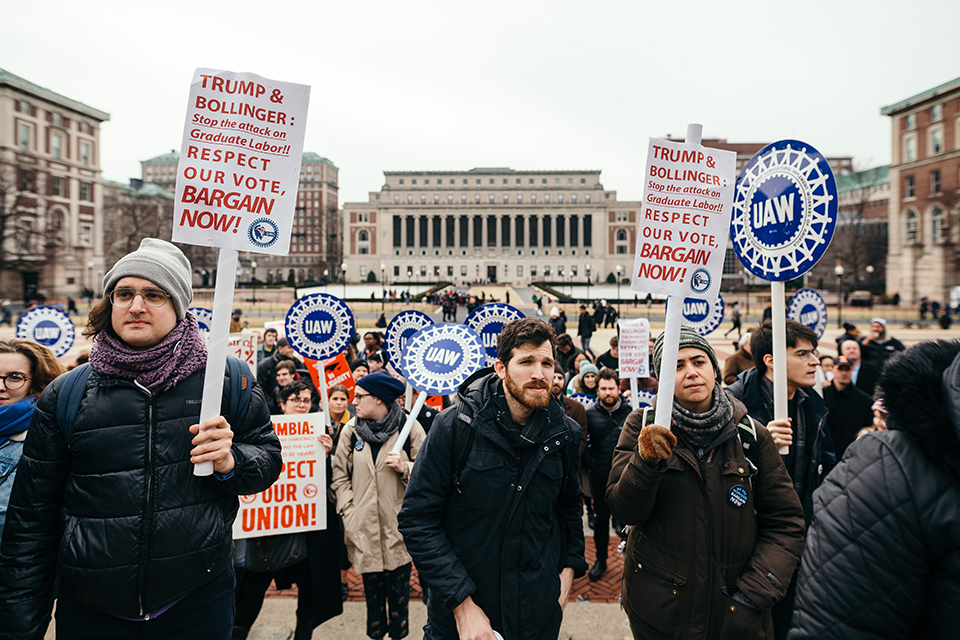 Results of the vote were announced early Saturday morning.

Graduate students voted 1,832 to 136 to allow the graduate student union’s bargaining committee to call a strike, raising the possibility that hundreds of core classes and recitations could be cancelled in the weeks leading up to finals

In December 2016, graduate students voted to unionize with Graduate Workers of Columbia-United Auto Workers after a long legal battle over their eligibility to form a union. Since then, the University has maintained its position opposing graduate student unionization, which the GWC has responded to through protests, petitions, and threats of legal action.

A GWC press release said that high turnout in the strike authorization vote would send a clear message to the administration that graduate students are frustrated with the University’s refusal to bargain.

While Columbia has roughly 4,000 teaching and research assistants, only those who signed a union support card were able to participate in the strike authorization vote.

A successful strike authorization vote means that GWC’s bargaining committee can call a strike at any future point in time. If graduate students begins striking immediately, dozens of core classes could be left without instructors and hundreds of recitation sections could be cancelled in the next weeks. If graduate students strike after classes conclude, this could disrupt the normal schedule of grading exams and final papers.

Despite the vote to strike, the University has maintained its stance on refusing to bargain, though it expressed its commitment to helping students progress towards their degrees.