Chair of Columbia board of trustees to step down in September

Chair of Columbia board of trustees to step down in September 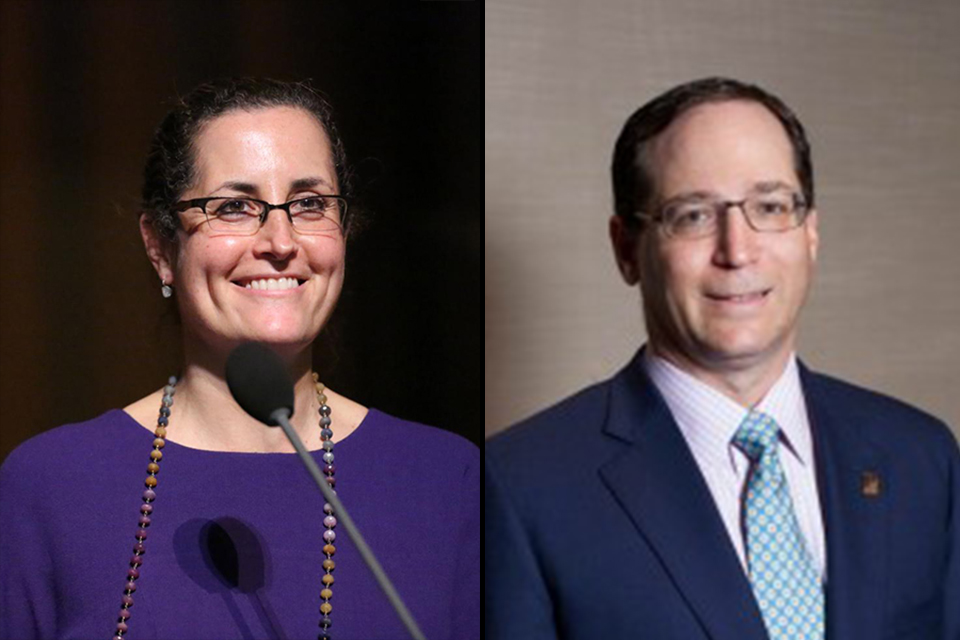 Lisa Carnoy, CC ’89, left, and Jonathan Lavine, CC ’88, will serve as co-chairs of the Board of Trustees beginning in September.

Lisa Carnoy, CC ’89, and Jonathan Lavine, CC ’88, will serve as the next co-chairs of the Columbia board of trustees, the University announced this morning. Carnoy and Lavine will be succeeding current chair Jonathan Schiller, CC ’69 and LAW ’73, who will be stepping down in September 2018 after nearly five years in the role.

The board consists of 24 members, including University President Lee Bollinger, and is responsible for overseeing faculty and senior administrative appointments, managing the University budget and endowment, and protecting University property. The board also awards honorary degrees annually at Commencement, the highest honor one can receive from the University.

Schiller, who has served on the board for nine years, took over as chair in 2013. Since entering the role, Schiller has led the University through a pivotal period of development, including the opening of the Manhattanville campus as well as extensive research and policy reform regarding gender-based misconduct. Schiller has been awarded the Alexander Hamilton Medal and the John Jay Award, and he has additionally served on the Dean’s Council of Columbia School.

Carnoy, currently a vice chair of the board, has dedicated her career to global finance and capital markets. She has served as the division executive for the Northeast for U.S. Trust, the private bank within Bank of America, where she worked for 23 years. She has been named on American Banker’s list of the most powerful women in finance, and in 2013, she received the Merit Award from the Women’s Bond Club.

Lavine, also a current vice chair of the board, has similarly expressed his dedication to work in both finance and social justice. Lavine is the comanaging partner of Bain Capital, one of the world’s leading private, multi-asset alternative investment firms. In 1998, Lavine founded Bain Capital Credit, where he serves as chief investment officer.

Lavine, along with his wife Jeannie, founded the Crimson Lion Foundation in an effort to increase economic equality for individuals and families. Lavine has won numerous awards, including Columbia’s Alexander Hamilton Medal, the John Jay Award, and the Columbia-Barnard Hillel Sexias Award. In 2016, he was named to the United States Holocaust Memorial Museum Council by Barack Obama.