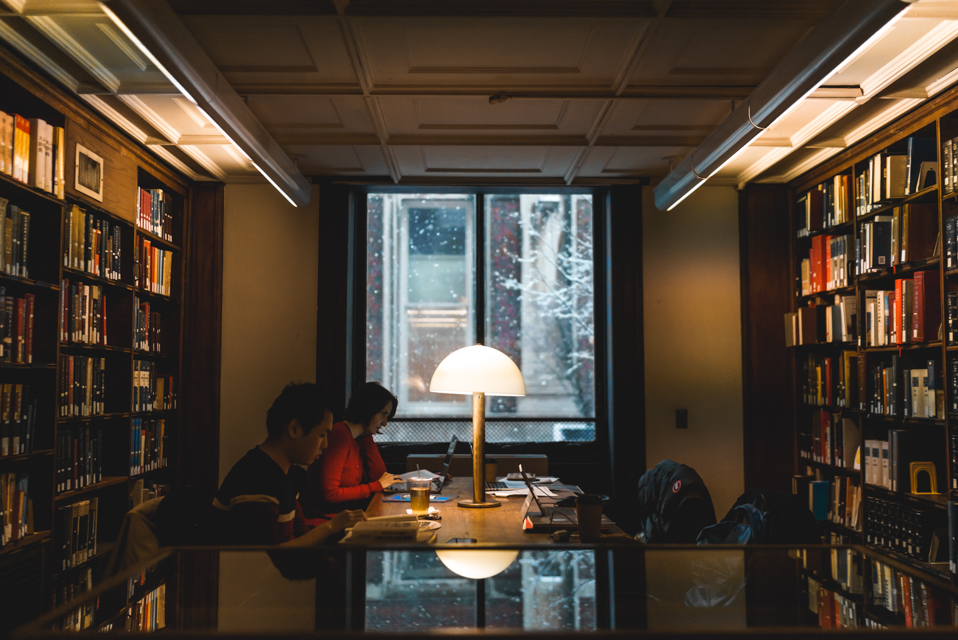 The pilot program was created to foster personal connections beyond those founded on academic and career advising.

Columbia College Student Council unrolled a pilot program for faculty-student advising that began at the end of last semester—a program that a majority of students have not utilized consistently, if at all.

The program, developed along with outgoing Executive Vice President and Dean of the Faculty of Arts and Sciences David Madigan and General Studies Student Council, is the first standardized system of direct faculty advising since 1998. By matching each of 24 professors with up to ten Columbia College and General Studies juniors and seniors with similar academic interests, the pilot aimed to provide more mentorship resources for students, who have complained that the University fails to facilitate student-faculty interactions both before and after they declare their majors.

However, few students, all of whom applied and chose to be in the program, have stayed in contact with the faculty members that they personally selected to be their mentors. Of the 13 professors who responded to Spectator, only 24 out of their 61 student mentees have continued to meet or communicate with them through April. 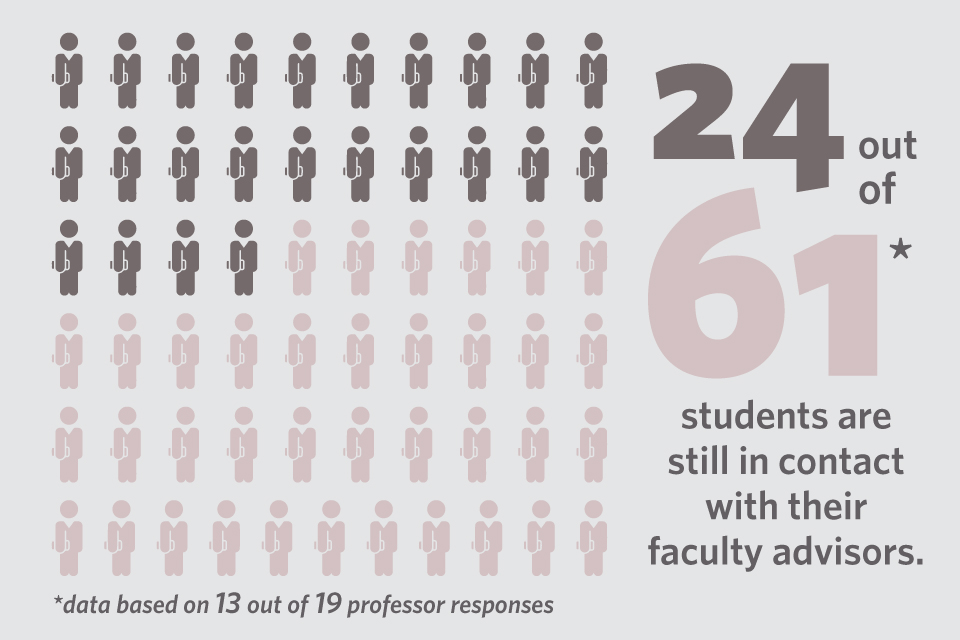 After the University dismantled a system of direct faculty advising, it settled on a staff of separate professional advisers in the Berrick Center for Student Advising, which serves all CC and Columbia Engineering students. Within most departments, students are assigned to the director of undergraduate studies or an advising committee rather than an individual faculty member. As a result, many students have felt disconnected from the professors in their departments.

According to Madigan, the pilot program was created to foster personal connections beyond those founded on academic and career advising, but faculty have expressed frustration with students’ inclination to approach them seeking pre-professional guidance—a service that already exists for students through a number of other campus resources—rather than personal relationships.

“The faculty involved [in the pilot program] feel it hasn’t been a great success. … One thing we tried to make clear was that this is not career development—this is human connection. But all the kids wanted to talk about was graduate programs, Ph.D. programs,” Madigan said.

Faculty members interviewed by Spectator hoped that the pilot would grow, as the University has never settled on a formal alternative to CSA advising until now. But many faculty members, like physics professor Michael Tuts, whose seven students never followed up with him after their initial meetings in the fall, expressed concerns that faculty-student advising would never be fully utilized, as even students who applied to the pilot chose not to follow through with it.

“Everyone is interested in [faculty advising] as an ideal sort of thing, but when it comes down to practice, students don’t fit it in their schedules like a class they have to go to,” Tuts said. “It’s up to them to say they want to take advantage of it. … We’re busy, they’re busy, everyone’s busy. It takes some effort on the student’s part.”

However, Tuts said that most of his students only posed questions about career advice and course selection, all of which could have been answered by an existing departmental adviser or the Center for Career Education.

East Asian studies professor Paul Anderer, who is currently only meeting with one of his seven advisees, feels that this career-oriented focus conflicts with the purpose of an education at a liberal arts school such as Columbia.

“[Columbia College] is not a technical school, and before you can apply knowledge, you need the skills to acquire it … The only instances in which [faculty-student advising] really works is when the student decides they’re going to try to see what can be gotten from a sustained relationship with a faculty member,” he said.

Daniel Jaroslawicz, CC ’18, said that he met with neuroscience professor Rafael Yuste just twice last semester, and has not stayed in contact since. According to Jaroslawicz, his own prioritization of career advice over personal connection steered him away from taking full advantage of the pilot program.

“I didn’t meet with [Yuste] more consistently because I didn’t have any burning questions … but looking back, it’s rare to really need to have a long conversation about something specific,” Jaroslawicz said. “You have to be committed to actually cultivating a relationship more so than getting specific answers to specific questions, and from that you would gain a lot that you didn’t think you were even looking for.”

For pairs who have met or communicated consistently, both students and professors expressed an appreciation for the personal nature of their conversations, which focused on intellectual discussion rather than career development.

Jiachen Feng, CC ’19, and Anderer’s only current advisee, has hour-long conversations with him before his weekly office hours. Though she studies philosophy and not East Asian studies, Feng said that she has had many engaging conversations with Anderer, even when she does not have a specific agenda or question for a meeting.

“Talking about intellectual problems is the most important thing for me, personally—it’s the one thing that I want to get out of college,” Feng said. “There might not be much utilitarian value to these meetings, but it’s just a good experience to be friends with someone older. Even if you’re that busy, it’s possible to weave out 30 minutes in your schedule to meet up.”

According to Robert Godfried, a CCSC Academic Affairs representative who helped develop the pilot, his bond with sociology professor Shamus Khan was extremely valuable for his connection with the Columbia community.

“It often feels like there’s no one to ask for advice or guidance from anyone who knows the system,” Godfried said. “But the big takeaway I’ve had is that there are people who I look up to who see the world through a similar lens that I do. It makes you feel less alone. … It says, ‘Hey, who I am and who I want to be is valid. It is possible.’”

Next year, the program will continue to facilitate faculty-student relationships by assigning student volunteers to willing faculty members. According to Nicole Allicock, CCSC vice president for policy, the pilot’s leadership is considering extending advising options to sophomores and juniors instead of juniors and seniors and will continue to adjust the program based on feedback from faculty and students.