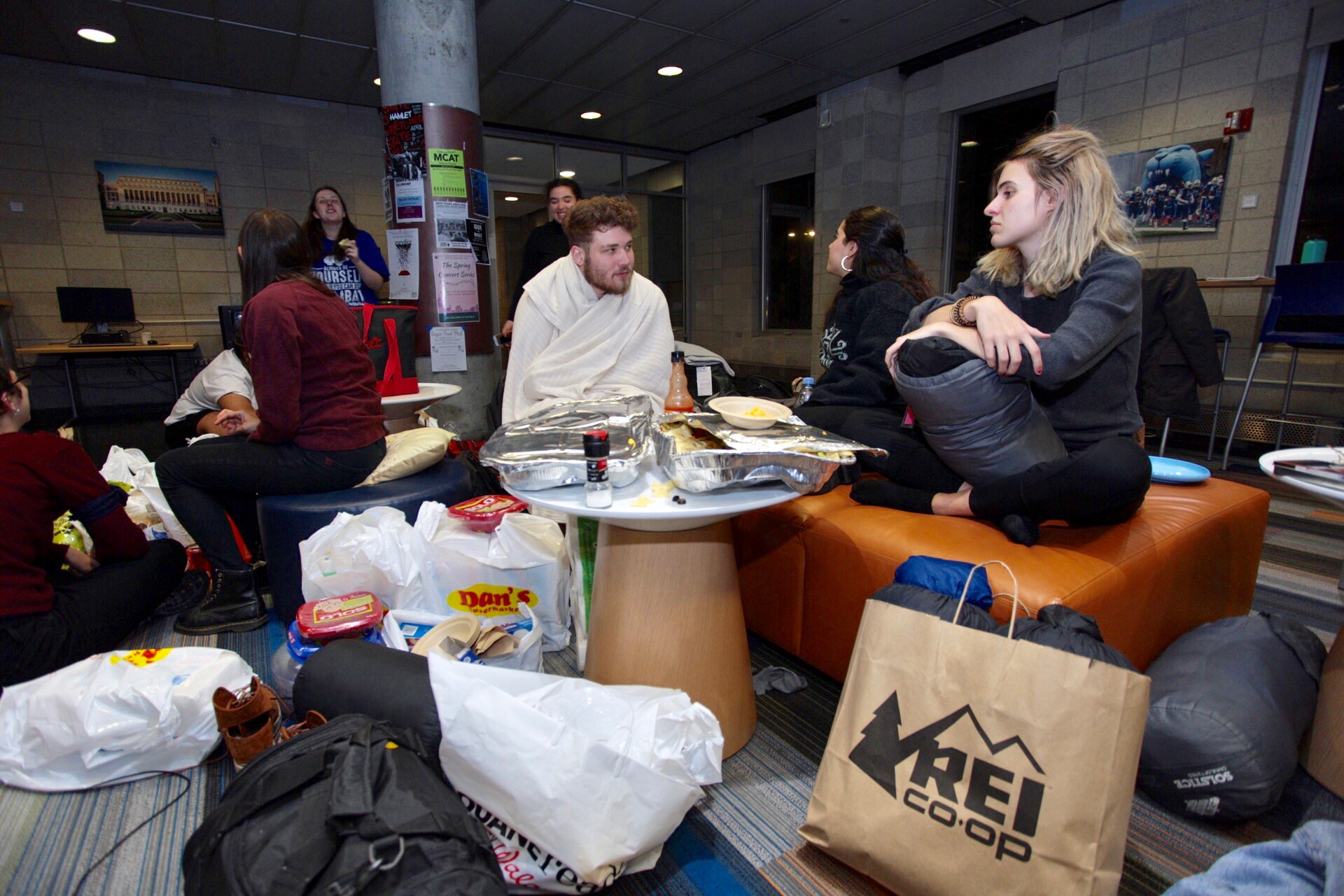 The protesters' occupation of Lerner Hall entered its second day on Friday.

Over 140 faculty and staff members at Columbia University have signed a letter supporting the demands of student activist group 24/7 Columbia, the group announced Friday afternoon.

Members of the group are currently occupying Lerner Hall in a sit-in, which entered its second day on Friday, that calls for round-the-clock access to in-person health services that are independent from systems of policing. During their first night of the occupation, protesters were told by University officials that they were breaking rules by sleeping in the building overnight, but no protesters were removed from the building.

The letter emphasizes the need for in-person, 24-hour counseling and trauma support for survivors of sexual assault, citing the findings of the Sexual Health Initiative to Foster Transformation (SHIFT) survey, which analyzed sexual health on campus last semester and found that 27.8% of undergraduate seniors have experienced sexual assault while at Columbia.

Members of the sit-in received an email from Executive Vice President of Office of University Life Suzanne Goldberg earlier on Friday acknowledging the protest and inviting students to meet with her again to talk about this issue. In the email, she did not mention anything regarding rules violations or disciplinary action for the protest.

A University spokesperson did not immediately respond to Spectator’s request for comment regarding the protest on Friday afternoon.

The letter calls on the University to create a healthy learning environment for students, stating that “healthcare—including trauma support—is vital for fostering a community conducive to intellectual growth”

“Crisis by its very definition requires immediate response,” Barnard English professor Alexandra Watson said in an email to Spectator. “Delay in responding to crisis can lead to uninformed decisions and can prove dangerous for a person’s mental or physical health.”

“It’s unbelievable that Columbia does not have a 24-7 rape crisis center, or any round-the-clock health services for that matter,” wrote History professor Mae Ngai in an email to Spectator. “It seems to me students have been clear on this issue and the University isn’t listening. I support the students’ action in Lerner.”