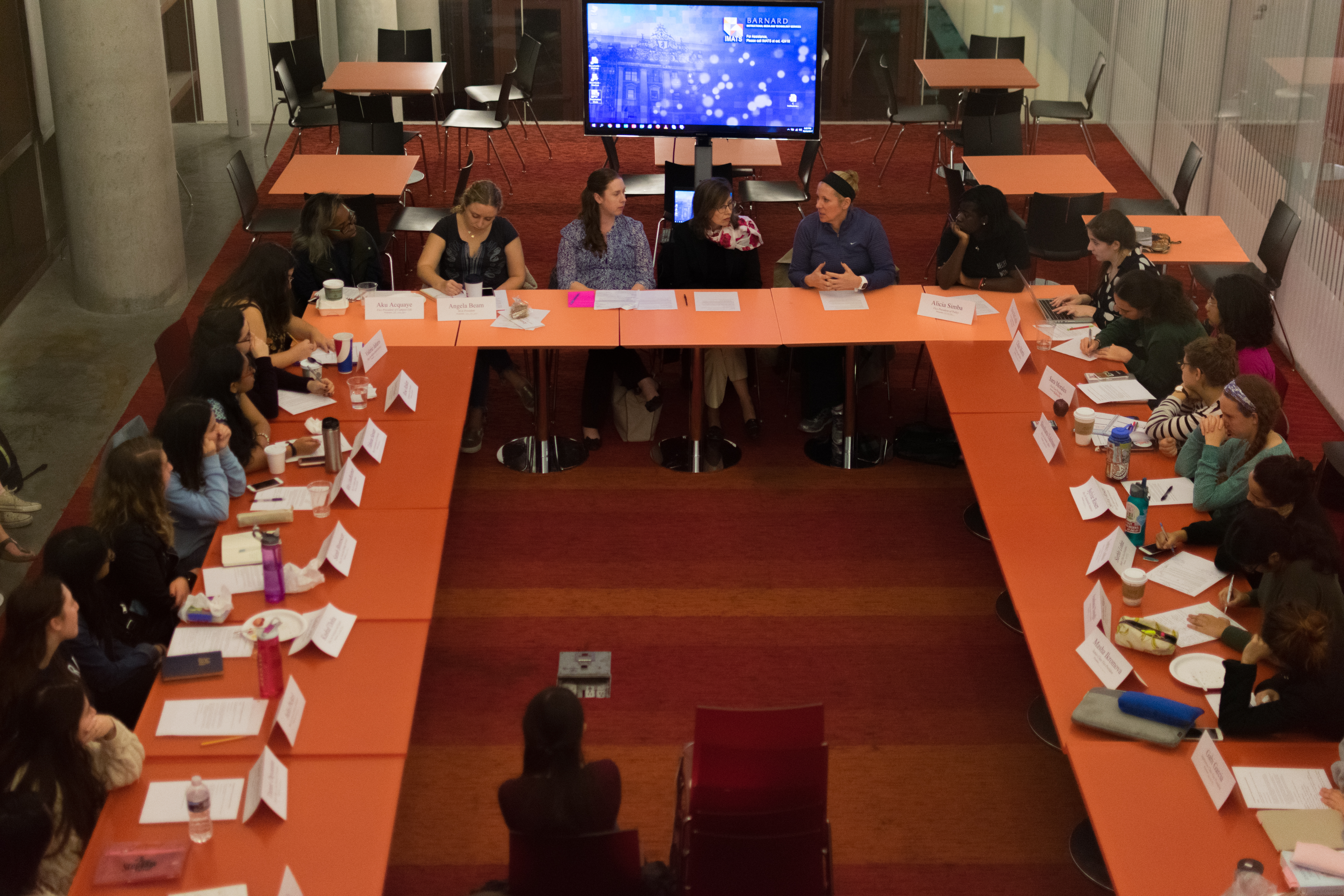 SGA representatives criticized President Beilock for downplaying the results of the vote and speaking on the issue before SGA itself was able to vote on whether it would write a letter in support of Columbia University Apartheid Divest.

At its meeting on Monday night, the Representative Council of Barnard’s Student Government Association denounced Barnard College President Sian Beilock’s email from earlier that day addressing a referendum regarding whether SGA should advocate for the college to divest its endowment from eight companies with ties to Israel.

In this email, addressed to SGA and forwarded to the college, Beilock announced that Barnard will not take action to divest from eight companies that “profit from or engage in the State of Israel’s treatment of Palestinians” if asked to do so by SGA.

SGA representatives criticized Beilock for downplaying the results of the vote and speaking on the issue before SGA itself was able to vote on whether it would write a letter in support of Columbia University Apartheid Divest.

“As SGA was and is in the process of deciding how to and whether to bring the issue to the administration, the president and the board of trustees have had their own dialogue and have chosen to dismiss the possibility of moving forward,” Vice President for Communications Rhea Nagpal, BC ’19, said.

The SGA Representative Council met with Beilock Monday morning to express their concerns about how the email would affect their internal voting process.

“We were summarily dismissed. President Beilock said there was no discussion to be had about her email,” Vice President for Finance Evelyn McCorkle, BC ’18, said. “I am concerned about the new precedents that are being set by this president, and how she interacts with student government, and how she responds to the student body.”

“Regardless on where one stands on the issue at the heart of the referendum we feel strongly that we all should be disturbed by the fact that the president knowingly undermined student voices and SGA’s process,” Simba said.

SGA’s budget for the 2018-2019 academic year was also presented at the meeting. Several committees, including the Committee on Inclusion and Equity and the Student Academic Advisory Committee, expressed that they did not receive the funding they had requested. McCorkle said this cutback in allocations is meant to minimize the amount of money in surplus SGA has at the end of the year.

She added that student fees, which contribute to the funding that SGA allocates each year to student groups, should be used for activities for students and not held onto by the council.

McCorkle also announced several changes to F@CU, a conference where governing boards across Barnard and Columbia decide how to allocate student activity fees. F@CU will now take place during the fall, rather than at the end of the spring semester, in order to give governing boards the necessary time to create accurate financial statements.

A change in the way voting takes place will allow each council to decide how much money they bring to F@CU from now on, but once that has been determined, everyone will be able to vote on the question of how to distribute funding.