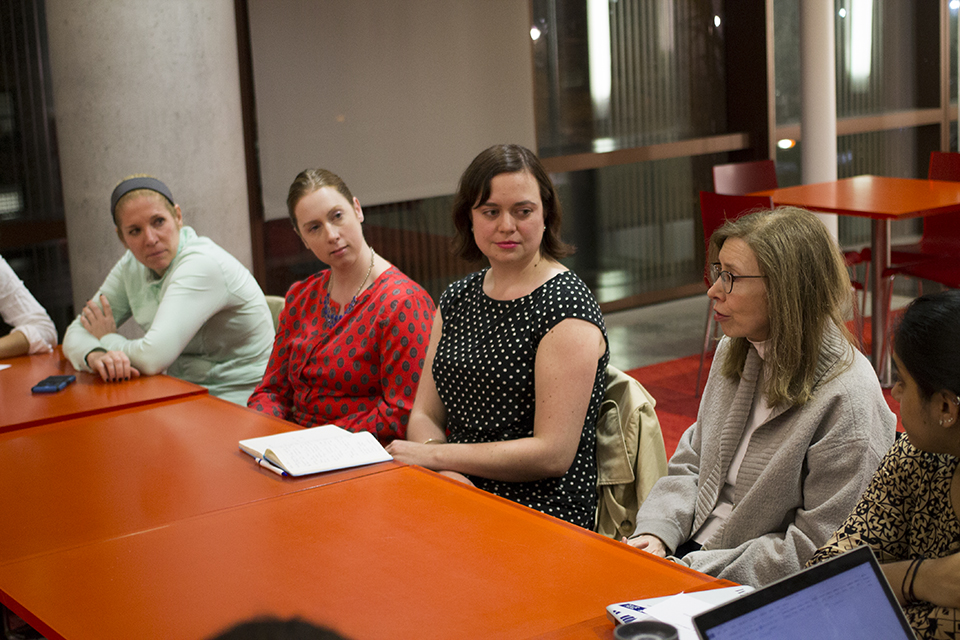 Carolyn Corbran, second from left, will step down from her role as director and has taken a position “closer to home to allow [her]self to spend more time with [her] family.”

ADA and Section 504 Director of the Office of Disability Services Carolyn Corbran announced Friday that she will not be returning to Barnard in the fall. Following Corbran’s resignation there will be only two full time staff members in the office, which serves 426 students.

In an email sent directly to students registered with the office, Corbran said that she has taken a position “closer to home to allow [her]self to spend more time with [her] family.” Corbran went on maternity leave for the entirety of last semester.

According to a statement from the college, Nicole Bartolotta, who served as acting director during Corbran’s leave, will remain in this role as the office searches for Corbran’s replacement.

As director, Corbran improved Barnard’s note-taking system so that it more closely resembled Columbia’s, which also meant that Barnard note-takers would get paid for their services.

However, Corbran faced criticisms during her 4-year tenure at Barnard, especially for her policy of requiring that students advocate for themselves because in the “real world” no else one would.

The office itself also remains understaffed, and a number of students have claimed that they do not get the appropriate accommodations and support they need. Even after changing the note-taker recruitment system in 2016, students in 77 separate classes were left without notes during finals that winter.