Milstein Center opens at Barnard after 3 years of construction

Milstein Center opens at Barnard after 3 years of construction 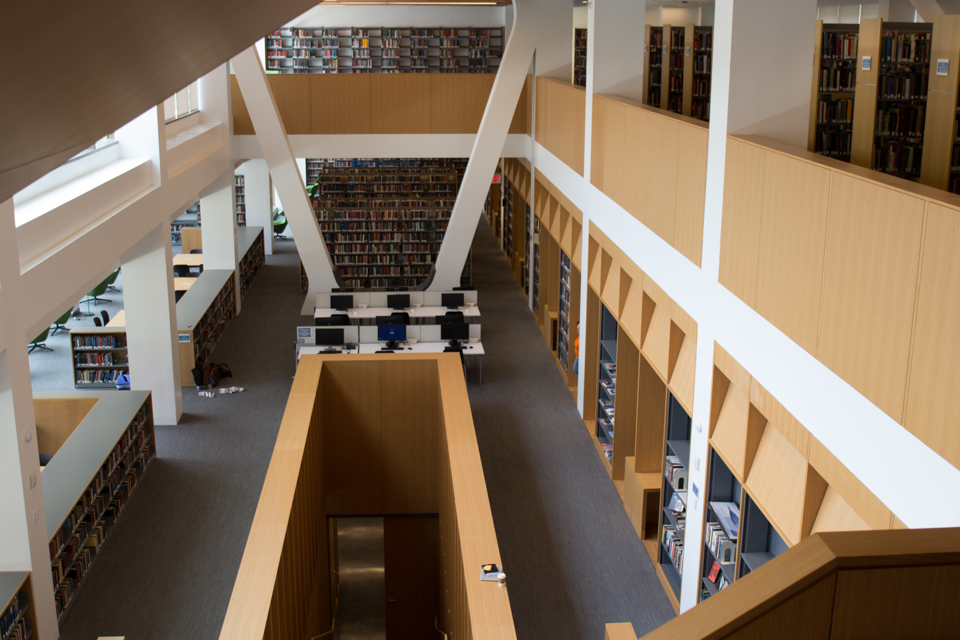 The Milstein Center was designed to be “flexible” and features open classrooms as well as moveable whiteboards, chairs, and classroom furniture.

Following a three-year construction process, the Milstein Center for Teaching and Learning has officially opened at Barnard College.

The space is nearly double the size of the former Lehman Library, and has over 375 study spaces, up from 185 in Lehman. The space also contains nearly twice as many classrooms as had been housed in the former library. Additionally, the space now houses the departments of economics, history, urban studies, and political science, addressing a crunch for office space.

The building—which cost $137 million, plus an additional $15 million to predominantly develop the LeFrak Center as an interim library and office space—replaces Lehman, which was torn down at the start of 2016. In an interview with Spectator, Barnard Chief Operating Officer Rob Goldberg said that the building, which was financed two-thirds through private donations and one-third through a 30-year financing program, was completed on budget.

With accessible outdoor terraces on its second, third, and fourth floors, the building houses the college’s library, a new café, the empirical reasoning center, new labs for computational sciences, digital humanities, and design, as well as a media lab for students interested in film and audio production.

Additionally, a movement lab, which is expected to be operational by the Center’s official opening on October 3, will enable the capture of motion both digitally and using traditional imaging. Provost Linda Bell, who previously called the lab the “feature” of the building’s lower level, said that this will make Barnard one of only a few campuses in the country to have such a facility.

Goldberg said that the Center was designed to be “flexible” and features open classrooms as well as moveable whiteboards, chairs, and classroom furniture to facilitate different ways of teaching and learning.

Certain rooms, including seminar spaces, will be bookable after class hours for student groups through the college’s events management service, while group study spaces will be available on a first-come, first-serve basis.

However, Goldberg said that the college would be open to revisiting some of these and other policies based on student and faculty feedback.

The building is expected to be LEED Silver certified—meaning that the college has met certain sustainability standards—and the college is currently going through the process to finalize the rating. Goldberg said that he feels the building’s sustainability is comparable to that of the Diana Center, which received a Gold certification when it was constructed in 2008, and he attributed the lower rating of the Milstein Center to changes in the certification criteria.

Dean of Library and Information Sciences Jennifer Green said that the resources in the Milstein Center will likely impact the college’s academic life moving forward, particularly with respect to Foundations, Barnard’s new general education requirements implemented beginning with the class of 2020.

“Barnard is opening what is essentially a scholarly hub at the center of campus,” she said. “I believe that it will transform a lot of the ways that students can engage with the Foundations curriculum.”

Bell said that the building, which houses resources for both humanities and STEM courses—including a fifth-floor area optimized for the computer science department, which the college is in the process of hiring a director for—reflects the college’s evolving view of its academic life.

“This is about celebrating who we currently are and who we see ourselves becoming,” she said. “As we were constructing these spaces we were thinking about the academics of today, supporting our Foundations curriculum, our faculty needs, our aspirations for student research and scholarships, but also how we see ourselves growing in the future.”