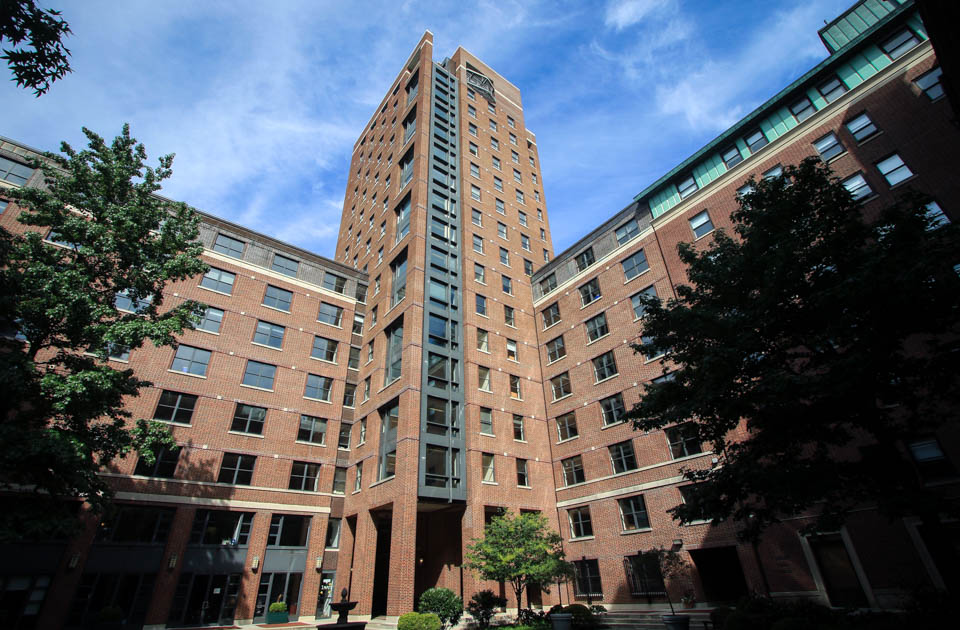 For students living in Brooks and Reid, neither of which is air-conditioned, the heat wave has reportedly posed numerous problems, including dizziness, nausea, and vomiting.

In the midst of a city-wide heat wave, several Barnard students living in non-air-conditioned residence halls, particularly those in the Quad, have experienced health issues on account of the heat, and a handful have even been hospitalized. Now, students are pushing administrators to take more action to protect students from the heat.

Of Barnard’s 12 residential halls, seven do not have air-conditioning, while 14 of Columbia’s 20 halls are similarly not air-conditioned. For students living in Brooks and Reid, neither of which is air-conditioned, the heat wave has reportedly posed numerous problems, including dizziness, nausea, and vomiting.

“I was hospitalized on move-in day, and because it was the first day, I didn’t realize it was because of the heat until a few days later when other people started experiencing the same issues,” said Julia Coccaro, BC ’22. “It was extremely hot, so the more time I spent in there, the more I felt the need to throw up, and I felt really dizzy and threw up for four hours straight.”

Following student complaints, Executive Director of Residential Life and Housing Alicia Lawrence and Dean of Studies Natalie Friedman sent an email to the student body Tuesday acknowledging the high temperatures and advising students to consume foods like celery or fresh fruit, which are high in water content, “find a buddy who has air conditioning and schedule a sleepover,” or cool down in the Diana and Milstein Centers, among other suggestions. The college is also setting up stations in Brooks Hall and the Diana Center where students can receive water until 2 a.m.

In a later statement to Spectator sent Thursday, Lawrence said that Residential Life has been in communication with students to address the heat concerns and stressed the importance of exercising best health practices and remaining safe.

However, the initial recommendations were not well-received by many students, including Lizzie Green, BC ’22, who said she agreed with other students’ proposals that the college provide fans for low-income students, allow students to sleep in lounges, and set up cots in air-conditioned campus buildings.

“I understand that there's no quick fix, but I wish that their email last night had detailed sleeping options rather than options that have a cost like getting ice cream or even a mental and physical cost like staying in the library until 2 a.m.,” Green said.

Green, who was one of several students hospitalized because of the heat, was treated for dehydration and heat stroke on Monday night.

“It's so expensive to go here and for a room that costs thousands of dollars, I would love to be able to be in it and feel comfortable there,” she said. “I find myself just avoiding being in there, and I ended up sleeping in a hotel last night.”

To combat the heat, some students have tried to sleep in the air-conditioned lounges in Sulzberger Hall, which Residential Life and Housing prohibits.

“I've been sleeping in the Sulzberger lounges every night, which I know is against the rules, but I don't want to sleep on the floors of [the rooms of] Sulzberger residents and don't like the idea of intruding into someone’s space,” Coccaro said. “It was all luck of the draw—just because we're suffering doesn't mean that [Sulzberger residents] should have to suffer too.”

Perrin Rudensky, BC ’22, said she resorted to sleeping at home after several nights of vomiting from the heat in her dorm.

Despite frustration, some students acknowledged that aspects of the situation are largely out of the administration’s control.

"I live in Brooks so I'm feeling the heat, but I've seen a lot of [people] bashing the email that they sent out to us about how to deal with the heat and [some] people are complaining that it's not enough, but I think it's still something,” Lucia Barker, BC ’22 said. “They are acknowledging the situation but there really isn't a whole lot that they can do.”

Despite her frustration, Coccaro said she hasn’t lost her faith in the college.

“Part of the reason I chose Barnard was because they really emphasized self-care and being healthy, mentally, physically, and emotionally,” Coccaro said. “But this is just contradicting that, so it gives me a poor first impression, but I also don't think that that's representative of what the college is truly like.”