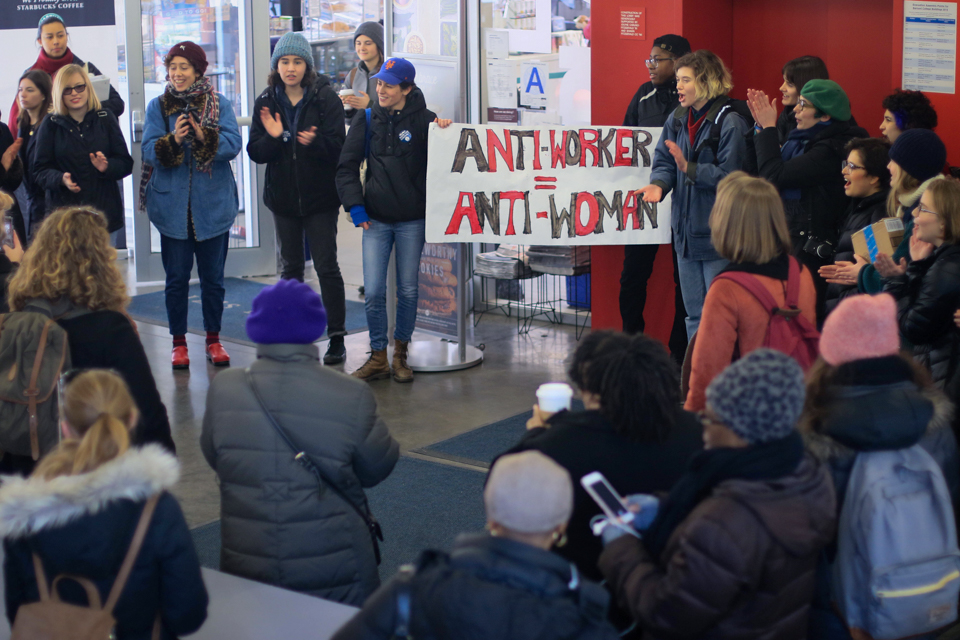 According to bargaining unit chair and adjunct lecturer Sonam Singh, the loss of the stipend represents a meaningful decrease in wages for union members who teach these seminars.

The Barnard Contingent Faculty Union has filed a grievance against Barnard College, alleging anti-union discrimination over the nonpayment of a stipend to union members.

The union’s first contract was signed in 2017; prior, all faculty teaching First-Year Seminar courses at Barnard received a stipend to compensate them for required pedagogy meetings and other work outside the classroom. However, bargaining unit chair and adjunct lecturer in English Sonam Singh said that since the contract went into effect at the beginning of the 2017-2018 academic year, unit members teaching FYS classes have not received the stipend, which in 2017 was $2,000 per section of the course.

Singh said that the loss of the stipend represents a meaningful decrease in wages for union members who teach these seminars. Currently, the base pay for three-point courses is $8,000, or a three percent increase from a faculty member’s previous year’s course pay, whichever is greater; in 2017, the base pay was $7,000.

“That’s a big part of an adjunct’s pay and something that some of our members said they were counting on because they always got it,” he said.

In a statement to Spectator, Provost and Dean of the Faculty Linda Bell said that this year’s base pay—an increase of $3,000 per three-credit course minimum before the new contract was in place—incorporates the stipend that had been paid separately in the past, and noted that faculty members not represented by the union are still paid the stipend because their salaries do not include it.

However, Singh said that although certain members of the union—such as retired emeritus faculty—have provisions in the contract that allow them to be paid more than the base pay and have the stipend folded into their raises, the majority of the union did not receive the same compensation in their salaries.

“My argument is that the contract speaks about base pay and minimums. Stipends are not that, and even if you feel that it got folded in for some, the lowest paid did not get it,” he said.

In the college’s response to the grievance, obtained by Spectator, the provost’s office said that during the contract negotiations, the union did not bargain for higher salaries for FYS professors or provisions for a stipend, but rather for uniform minimum base pays for all adjuncts. It also said that the mere fact that non-union members have different contract terms, including payment of the stipend, is not sufficient to show anti-union discrimination.

Despite this, Singh said that the union still feels that the decision to stop paying unit members the stipend was an instance of anti-union discrimination on the part of the college.

“It definitely seems retaliatory because they didn’t need to do this. They pay stipends in all sorts of other contexts, [and] there have been no disturbances to other sorts of stipends to other union members and non-union members,” he said. “They didn’t tell us, they just did it.”