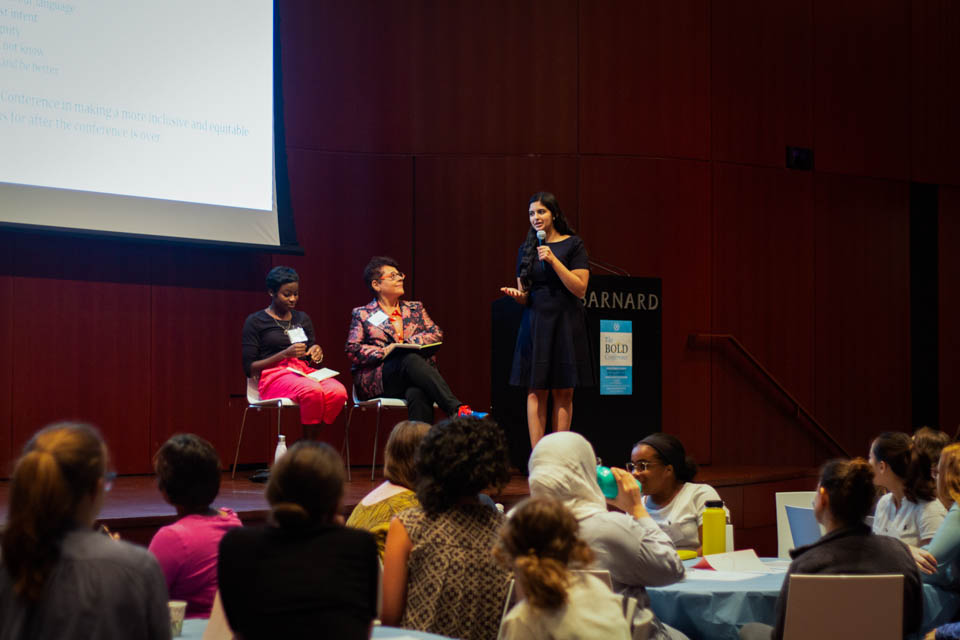 The conference consisted of specific workshops related to diversity and inclusion, including discussions on wellness in the classroom, ability and disability, and inclusive teaching.

The Bold Conference, the first of its kind at Barnard, sparked conversation between students, faculty, and staff on diversity and inclusion in the classroom, serving as a space for professors to better understand the issues students face.

Among the action items that resulted from these discussions, revisiting and diversifying syllabi and having more transparent student-faculty discussions were the most frequently suggested. According to many faculty who attended, the opportunity to have these open conversations provided key insight into student needs and how faculty could be more accommodating.

The conference consisted of specific workshops related to diversity and inclusion, including discussions on wellness in the classroom, ability and disability, and inclusive teaching and Equity. Each workshop consisted of a screening of a short video depicting a student’s personal experience, a student-faculty panel, and a 45-minute breakout discussion between students, faculty, and staff.

Former Student Government Association representative for Academic Affairs Shreya Sunderram, BC ’19, organized the conference as a space to foster dialogue between students and faculty in a way that removed hierarchical tensions.

“[The Conference] needs to be taken up in a way that makes it seem as though caring about inclusion and equity is not a voluntary position. It is an obligation, and it is mandatory,” Sunderram said. “If you’re at Barnard College you have to care. That is your job.”

In the workshops on wellness in the classroom, students spoke to professors about the importance of adjusting their assigned workload to better accommodate finding balance between school and mental wellness.

During the ability/disability discussion, professors voiced their own concerns that they were unaware of how to properly support students with disabilities and went on to address the general communication disconnect between students, faculty, and the Office of Disability Services.

A recurring theme throughout the conference was how Barnard can adapt as an institution initially founded for white, upper-class women to one that is welcoming of its increasingly diverse student body. 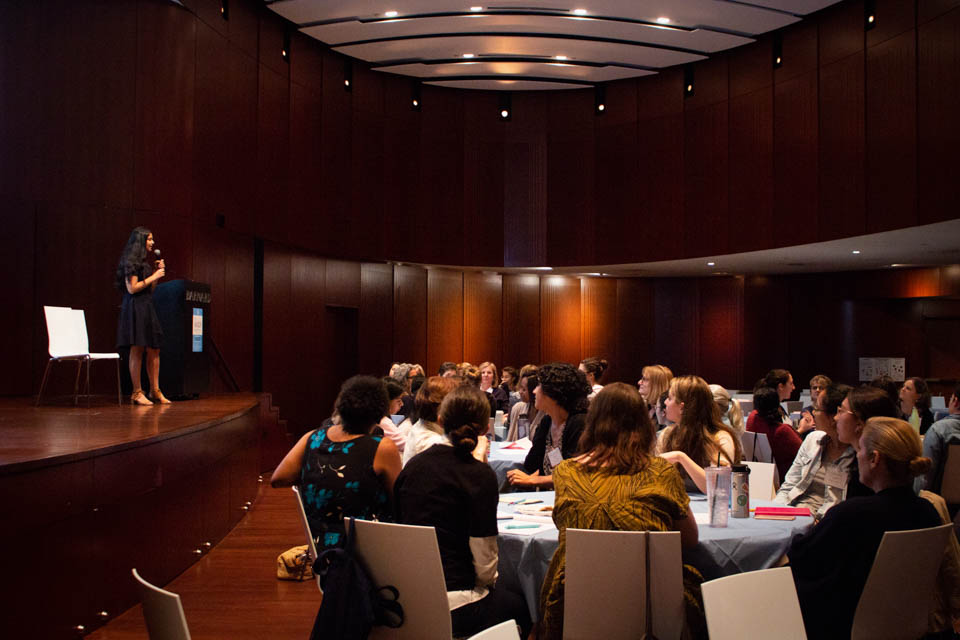 “Wellness in the Classroom”

Anna Sugrue, BC ’20, recounted her first panic attack on campus, commenting broadly on the oft-cited stress culture at Barnard. Surgue expressed the need to change the culture surrounding wellness to be priority number one.

“I stayed in that situation because college had not given me the tools to deal with that,” Sugrue said. “I think there’s an underestimated amount of stress that’s put on you by just having to be an adult all of a sudden.”

Among other recommendations, the panelists called on professors to create space for students to voice their needs outside of just course evaluations and to assess what work they felt was truly necessary throughout the course. The latter suggestion prompted some discord among professors as to the feasibility of these requests.

Still, senior lecturer in French and professor Laurie Postlewate felt that the discussion fostered between students and her fellow faculty had been mutually illuminating and constructive.

“This conversation and dialogue between professors and students on a regular basis [is something that] we as faculty benefit from … as well as students,” Postlewate said.

For Nora Foutty, BC ‘19 and other students with disabilities, securing accomodations in the classrooms and housing pose difficulties stemming predominantly from a severely understaffed Office of Disability Services, a lack of communication between students and faculty, and an overly generic statement issued by the ODS for the “reasonable accommodations” disabled students are allowed.

Continued frustration was expressed by panelist and attendees alike on the ODS and professors having too much discretion on what constitutes a “reasonable accommodation,” resulting in a lack of uniformity and at times flippant application of accommodations.

“[The phrase “reasonable accommodations” ] places the blame on the individual as opposed to on the system,” Foutty said. “There isn’t really a framework within the Office of Disability Services to even define the term reasonable–I don’t know, as a disabled student, what that means. There are students who have really similar illnesses to me who I know get accommodations that I asked for and was told were ‘unreasonable.’”

For faculty and staff, navigating how and whether or not to grant accommodations can be tricky.

“I sign these forms and I don’t know if I’m supposed to be making a judgement call,” said Assistant Professor of Chemistry, Christina Vizcarra.

Some of the most commonly proposed solutions to creating inclusive environments for disabled students were restructuring classrooms, holding field trips, and personalizing syllabi.

“When we design spaces, we make very explicit what our values are: any kind of notion of broad accessibility must have values and explicit designs that can accomodate the needs of various different kinds of learners,” said associate professor of education at Teachers College Srikala Naraian.

SGA representatives Solace Mensah-Narh, BC ’21, and Tirzah Anderson, BC ’21, along with Teachers College associate professor Noah D. Drezner and doctoral student Jerée Matherson, called on professors to diversify the subject matter of and authors on their syllabi.

The panel also stressed need for diversity not just in curricula themselves, but also in tenure tracks. Frequently cited were the pervasive leaks in the tenure pipeline for people of color in academia, which contributes to underrepresentation in syllabi.

“But we shouldn’t rely only on faculty of color to diversify our classrooms. It should fall to all of us,” Drezner said.

Sunderram stated that a number of professors approached her after the session, expressing that they would seek to alter their syllabi for the following semester.

Students on the panel also discussed how the lack of diversity in their curricula the use of derogatory slurs by professors made classroom spaces hostile for them and other students of color.

“When I enter a classroom, all of my marginalized identities come with me,” Mensah-Narh said.

A recurrent theme throughout the session was that as Barnard’s student body becomes more diverse, the institution must shift to become more inclusive.

For Sunderram, the legacy of The Bold Conference extends beyond just the event itself. She hopes to see the fruition of the “Bold Legacy Series”: a series of similar conversations on diversity and inclusivity held by different departments each month.

“We have a lot of great really rich conversations at Barnard but not that much action. We talk a lot about what Barnard is going to look like five years from now, 10 years from now, but there are things that we can do now without the go-ahead from administration,” Alicia Simba, BC ’19, said.