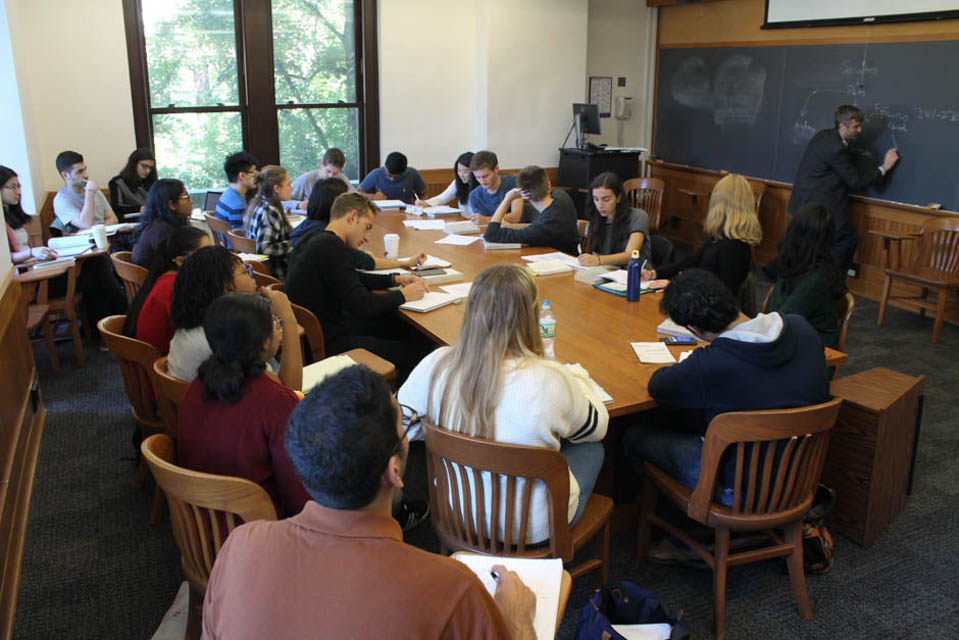 In an effort to reduce the mispronunciation of students’ names in the classroom, the Office of the University Registrar has rolled out a new pilot program this semester allowing students to upload recordings of their names on CourseWorks.

The new program, called NameCoach, is open to students in select trial classes in Arts and Sciences and Engineering programs. Particularly for students of color, insensitive or accidentally offensive remarks by faculty—including the mispronunciation of names—in the classroom have the potential to harm their learning experiences.

According to a University spokesperson, 822 distinct student recordings have been made using the software so far. However, this number includes both graduate and undergraduate students on the Morningside campus.

The University said in a statement that this new initiative intends “to reduce the anxiety and uncertainty that may occur during the process of introducing yourself or learning new names.”

Julieta Garcia, CC ’22, said she is grateful that NameCoach allows her to share the proper pronunciation of her name, which is an important part of her Mexican-American heritage, in her classes at Columbia.

“I really made a big point starting off in my college career to not shorten my name to Julie or just be satisfied with the pronunciation of Julieta as Julieta,” she said, contrasting the Mexican and Anglicized pronunciations of her name. “I really want to have my name pronounced the way where I’m from.”

However, students and professors must check Courseworks themselves to see if any students have posted recordings of their names. Because it requires individual initiative, several students have questioned its efficacy.

“I don’t know how well the professors have actually used it,” Garcia said. “I know from what I’ve seen I don’t think that much people [sic] have actually participated in it.”

According to Core Lecturer Robbie Kubala, only one of his 40 Contemporary Civilization students has utilized NameCoach thus far. He plans to encourage more of his students to use the tool next semester.

As part of a movement to reduce microaggressions in the classroom, NameCoach has been implemented by several of Columbia’s peers, including Stanford University, for several years. According to the Stanford’s website, 300 students had used the program within the first two weeks of its release.