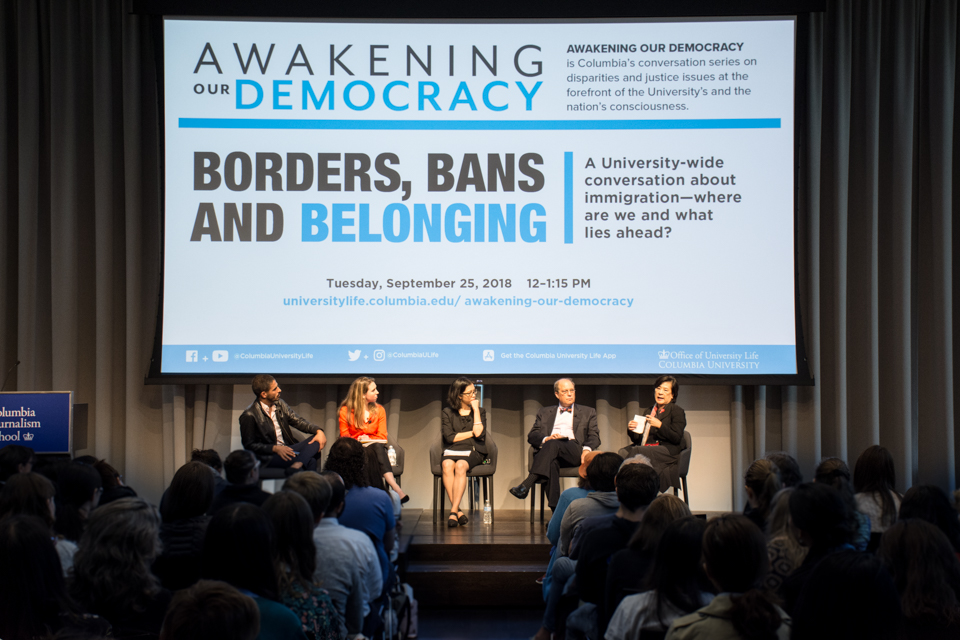 Panelists addressed hot-button Trump administration topics such as the travel ban, the family separation policy and the potential deportation of millions of illegal immigrants.

At the year’s first Awakening Our Democracy panel conversation on Tuesday, speakers broke down the immigration issues facing Trump-era America.

Launched by the Office of University Life in October 2015, Awakening Our Democracy is a speaker series focused on addressing the injustices facing Columbia and the nation. During the event, panelists discussed the changes in policy and rhetoric brought about by the Trump administration and the repercussions of those changes for both legal and undocumented immigrants.

“The most difficult question is how to deal with 11 million immigrants who are here outside of the lawful process,” former Paul Rosenzweig, Department of Homeland Security deputy assistant secretary for policy, said.

Panelists addressed hot-button Trump administration topics such as the travel ban, the family separation policy, the potential deportation of millions of illegal immigrants, the potential abolition of U.S. Immigration and Customs Enforcement, and the dismantling of the Deferred Action for Childhood Arrivals program.

Last fall, Columbia declared itself a sanctuary campus, with administrators vowing to protect as well as provide financial support for its undocumented students.

Ngai pointed out that undocumented immigrants are often reluctant to report crimes and use local services due to the fear of deportation, which results in conflict between local and federal governments.

“Local elected officials and law enforcements have very different interests when it comes to immigration and immigration control,” Ngai said. “By declining to cooperate with ICE, local jurisdictions are not breaking the law, they are actually standing on the law.”

Panelists also argued that Americans have become less compassionate about immigration issues, with the exception of the response to children being taken from their parents at the border.

“We’re all struck by those particular instances of family separation,” Stillman said. “[It’s time] to start thinking about how we can apply that empathy to other contexts.”