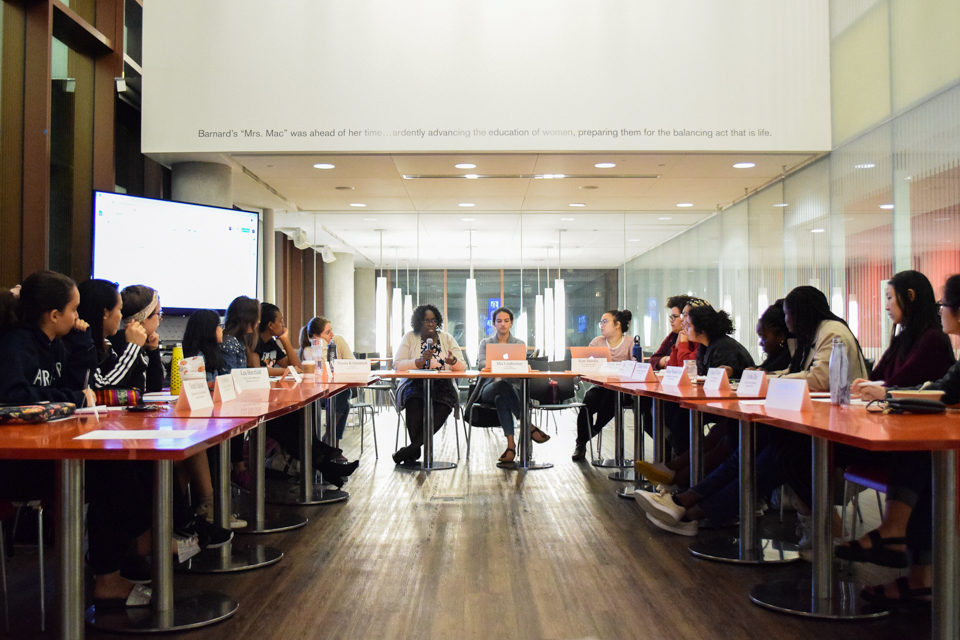 When asked if Columbia and Barnard's Title IX would ever be under the same code of conduct in order ensure equity for all students, Title IX Coordinator and Executive Director for Equity Molree Williams-Lendor expressed doubts.

Williams-Lendor’s main responsibilities lie in addressing sexual harassment and gender-based misconduct violations at Barnard. As executive director for equity, she spoke about her involvement in hiring procedures and also announced the forthcoming hiring of two employees for the Office of Disability Services: a Section 504 director who would serve formally as the director of ODS, and a faculty liaison.

SGA representatives said they were concerned about the separation between the Barnard and Columbia departments of equity, in which any investigation involving students from the two separate schools only gets investigated by the school of the accused student. Under current policies, when a Barnard student accuses a Columbia student of violating Title IX policies, the investigation is automatically transferred to Columbia’s department, and the Barnard student no longer has support from their institution for the duration of the investigation.

Without pointing to specific evidence, SGA representatives said they had less trust in Columbia’s Title IX office than Barnard’s to carry out investigations. Students voiced complaints that this makes campus feel less safe and expressed a desire to unite the two offices and have a joint Title IX office for both schools.

Williams-Lendor responded by saying that although there is some affiliation between the schools, their departments for equity and community standards offices are completely independent and conduct their own allegations.

“That is above my pay grade,” said Molree Williams-Lendor, “but that’s a conversation that would happen between the schools.”

Similar grievances were brought up by Vice President for Policy Mia Lindheimer, who asked Williams-Lendor what kind of protections Barnard students have once Columbia begins conducting an investigation.

Williams-Lendor explained how her role in these cases is diminished to one of offering solely emotional support, and that there is little in the way of legal council or legal action she can do once a case is taken on by Columbia. As the Title IX coordinator, Williams-Lender does have jurisdiction to issue a no-contact order, requesting that the two parties involved in the investigation not contact each other during the investigation, and could potentially ban the Columbia student from Barnard’s campus if necessary.

While her role as Title IX coordinator dominated the conversation, SGA representatives were hopeful that the hiring of two new employees for the Office of Disability Services would repair the relationship between ODS and Barnard students with disabilities.

In the past, ODS has been difficult to access by students, even failing to supply students with notes during finals period. Though ODS remains understaffed, Williams-Lendor expressed efforts by ODS to find employees who will remedy these problems.

The position of Section 504 director was formerly held by Carolyn Corbran. The faculty liaison position is a new addition to the office. Their duties would include working with Barnard students, specifically first-years, and helping them navigate the professional nature of faculty-student relationships, as well as helping faculty navigate the policies regarding faculty-student relationships and how to ensure policies are being followed.