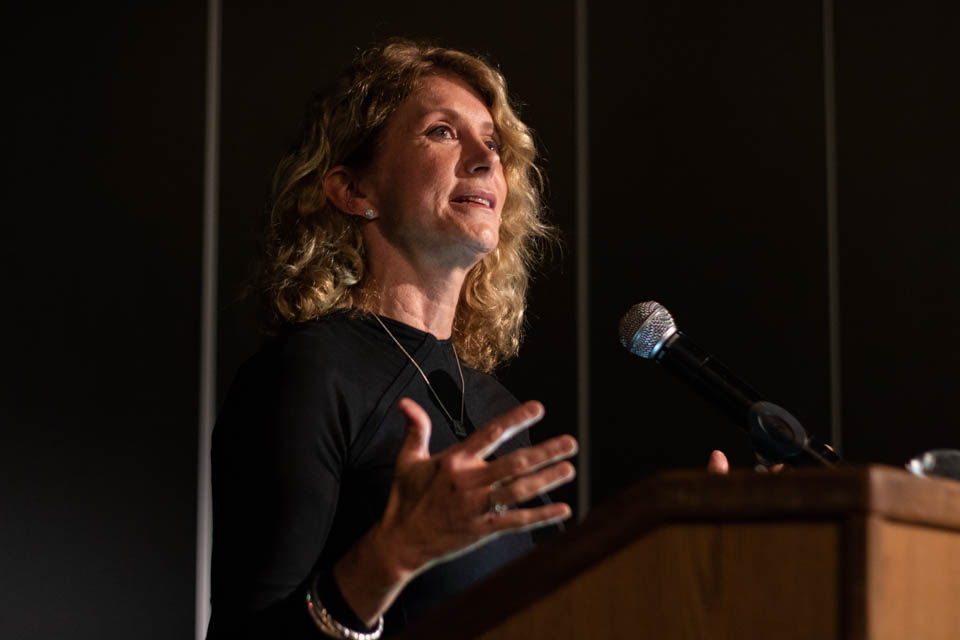 Davis began her talk by describing the Kavanaugh confirmation hearings as a “hard few days,” and said that she was up in arms after hearing the final vote.

Davis, best known for her 13-hour filibuster on the Texas State Senate floor to delay a vote regarding abortion in 2013, discussed Kavanaugh’s confirmation, her realization of herself as a feminist, and how younger generations can change the current political landscape.

Davis began her talk by describing the Kavanaugh confirmation hearings as a “hard few days,” and said that she was up in arms after hearing the final vote. Kavanaugh was confirmed Saturday evening 50-48 largely along partisan lines, a week after Palo Alto University professor Christine Blasey Ford testified before the Senate Judiciary Committee that he had sexually assaulted her at a party in 1982.

“Weeks like the one we’d just gone through can definitely threaten to take the wind out of your sail—even if you’re a seasoned, long-time feminist fighter like I am,” Davis said.

She also discussed her response to Republican Senator Susan Collins from Maine, who cast a deciding vote in favor of Kavanaugh’s confirmation to the court.

“What I said to her on Twitter the other day was that I was going to work as hard as I possibly can to support whomever her opponent is in 2020,” she said. ”[Collins] had an opportunity to do right … [It was] as though she somehow failed to live the life of a woman in America.”

Speaking about her past, Davis revealed that when she first ran for Fort Worth City Council in 1996, she did not consider herself a feminist, though she considers herself one now.

“My feminist values formed out of my own fights,” she said. “I was able to do it because women laid the path.”

Davis said that she continues fighting for gender equality because she feels men cannot properly represent women in politics.

“I think a lot of people who are in politics today, particularly those older, white Republican men, have no relationship to that understanding, and it makes it very very difficult for them, then, to be our voice when we need them to be,” she said.

An advocate for youth engagement in government, Davis offered three steps for young people to follow to incite change: organizing, voting, and running for office.

“We’re going to keep putting ourselves on the line, on the ballot at every level of government in every state across this country,” she said. Referencing Hillary Clinton, she added, “‘If you aren’t trying out for the team, you can’t possibly expect to win a place there.’”

Davis’s speech marked the last event of Voting Week, one of the University’s largest on-campus political events. Hosted by the Columbia Political Union, the weeklong series of events is aimed towards increasing youth civic engagement.