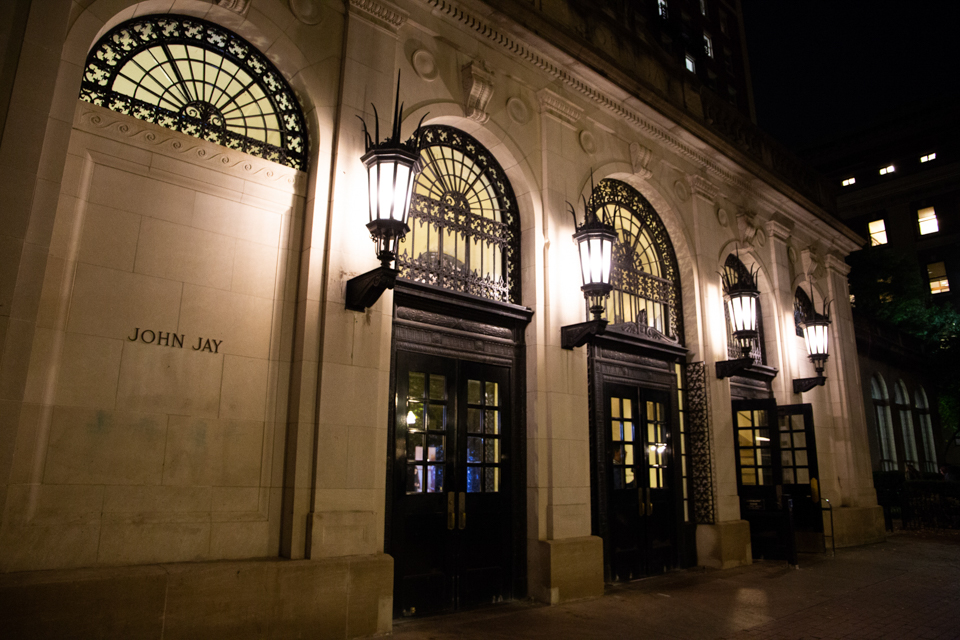 Although both crimes were reported to Columbia University Public Safety, with one victim even identifying the perpetrator from campus surveillance footage, students were not publicly notified of any of the incidents.

A middle-aged man entered John Jay Dining Hall and stole the personal belongings of at least two students earlier this month, including one student’s phone and another student’s backpack with their laptop.

The perpetrator, 48-year-old Anthony Phillips, was caught and arrested on charges of grand larceny the next day, according to an NYPD spokesperson.

Although both crimes were reported to Columbia University Public Safety, with one victim even identifying the perpetrator from campus surveillance footage—as well as with later involvement from the NYPD and a grand jury trial—students were not publicly notified of any of the incidents.

According to a University spokesperson, Public Safety did not issue a Clery Crime Alert because it was not federally mandated to do so based on the type of crime; a burglary, which involves unlawful entry, would have been reported, but not a larceny, wherein items are stolen from a place of open access.

However, a Crime Informational with details of the incident was distributed to a group of administrators, including deans of students across the University. While these Crime Informationals can be publicly accessed online, with entries dating back to 2016 that often include photos of the suspects, they are not widely publicized to the student body, unlike the Clery Crime Alert emails sent to every Columbia student.

Larceny is one of the most common campus crimes, and the Columbia spokesperson urged students to not leave their belongings unattended in a statement to Spectator. The spokesperson added that this information is also conveyed in crime prevention initiatives, especially during the New Student Orientation Program.

On the evening of the larceny, one of the victims, a senior in SEAS, said that they placed their bag and phone on a table in John Jay near the entrance, but later noticed that their phone and headphones were missing. Using the “Find iPhone” app, the student and their friends were able to trace the phone to the possession of a man, later identified as Phillips, who was walking near the Cathedral of Saint John the Divine.

The student then went up to Phillips and asked for their belongings back, and after recouping their phone, they noticed their Columbia ID was missing from their phone case and promptly reported the theft to Public Safety officers.

“He was very chill, but also very defensive,” the student said of the perpetrator. “He said, ‘I didn’t do anything wrong. I’d give you a problem if I did anything wrong. I just found it on the corner in front of the school.' He kept on saying, ‘You’re welcome,’ until I said, ‘Thank you,’ and then he walked off.”

According to the student, Public Safety was able to retrieve security camera footage of the perpetrator, whom the victim was able to identify as the man who stole their phone. From there, the NYPD was informed and filed an official report to the local precinct.

During the suspect’s grand jury trial last week, it was revealed that Phillips had entered multiple Columbia buildings earlier that night, and John Jay was his final stop.

According to the NYPD, Phillips had just been released from jail on Sept. 23 and was on parole. According to public records, he has been in and out of jail for both successful and attempted theft-related crimes. The NYPD officer involved in the investigation recognized Phillips well enough to find him panhandling near the same corner as his previous arrest.

Students can report a crime by phone or in person at Public Safety’s office located in 101 Low Library.