“Be prepared for the worst”: Bollinger warns that legal challenges could mean an end to affirmative action

“Be prepared for the worst”: Bollinger warns that legal challenges could mean an end to affirmative action 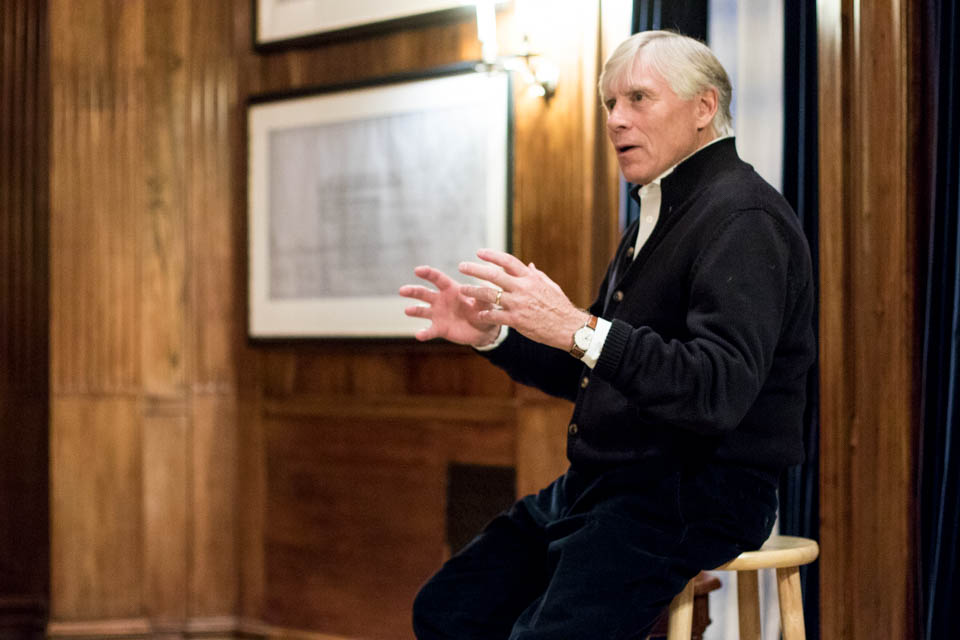 A longtime champion of affirmative action, Bollinger served as the president of the University of Michigan and defendant in Supreme Court cases Grutter v. Bollinger and Gratz v. Bollinger.

University President Lee Bollinger, a leading legal scholar and advocate for affirmative action, warned universities to prepare for a potential end to race-conscious admissions processes, a possibility that he said is now more likely than ever.

“Realistically, we need to be thinking very hard both about how to defend [affirmative action] and be prepared for the worst,” Bollinger said in an interview with Spectator on Friday. “I am more concerned about this than I ever have been.”

Last week, a federal trial began investigating Harvard University’s race-conscious admissions practices following a lawsuit that accused Harvard of discriminating against Asian American students. Similarly, Yale has become a target for a federal probe into alleged discrimination in affirmative action admissions policies. Columbia and the other Ivy League schools supported Harvard in a joint amicus brief submitted to the court in July.

A longtime champion of affirmative action, Bollinger served as the president of the University of Michigan and defendant in the 2003 Supreme Court case Grutter v. Bollinger, which ruled that the admissions process may favor underrepresented minorities as long as it does not enforce a quota system.

In light of the contemporary national climate surrounding affirmative action, Bollinger said that for the first time since the Supreme Court upheld the constitutionality of race-inclusive admissions policies in Grutter v. Bollinger, universities must seriously begin to prepare for the “end of affirmative action as we know it today.” Even if these cases do not change the legal precedent for affirmative action, future lawsuits may inevitably reverse existing decisions, according to Bollinger.

Earlier this year, the Trump administration announced that it would reverse Obama administration policies defending the use of race as a factor in the admissions process. In response to this announcement, Bollinger stated that he does not foresee any immediate changes to admissions processes at Columbia despite the threat of potential investigations by the Justice Department, or even loss of funding from the Department of Education.

Bollinger attributed the possible end of affirmative action not only to mounting legal scrutiny and changes to the Supreme Court but also to the dissipation of the mindset of the civil rights era, which emphasized a commitment to addressing the effects of past racial injustice in America.

This shift, Bollinger said, has come as legal challenges to affirmative action echo the arguments of the ruling in an earlier case, Regents of the University of California v. Bakke, which framed affirmative action as solely applicable within higher education, rather than as a necessary step to correct past racial inequality.

“[In the current debate], we can’t talk about past injustice; we can only talk about the educational benefits of diversity [as if it is] some kind of abstraction that is not rooted in an actual societal reality. I think that was a real pity to try to separate those two,” Bollinger said.

According to Bollinger, the inability to see affirmative action as a societal necessity is evident of a greater failure of educational institutions in this country.

“We’ve not been successful, as universities, in making the case to the American public that [affirmative action in universities] is critical,” Bollinger said. “Colleges and universities have been this kind of place where people of all different backgrounds have come together, and it really helps build a society that has supported lots of people.”

Bollinger also cited the unique stipulations in the majority opinion Grutter v. Bollinger case, whose majority decision by Justice Sandra Day O’Connor predicted that the use of racial preferences will “no longer be necessary” within 25 years. As a result of this timeline, Bollinger said that the court has further grounds to re-examine the existing precedent in the near future.

“We need to be thinking seriously about what the world looks like when the Grutter case holding is no longer with us,” Bollinger said.