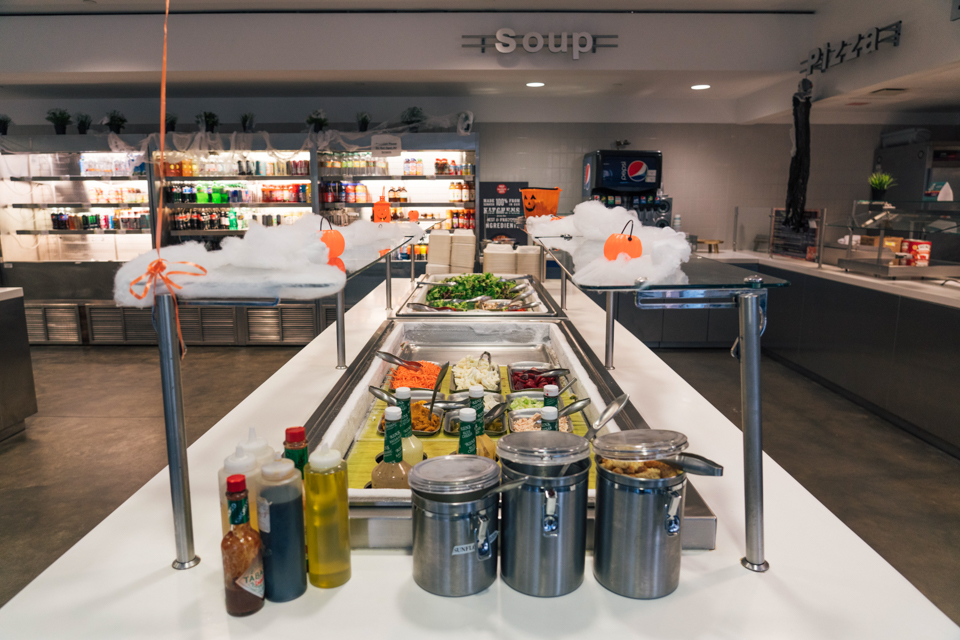 The boycott, hosted by Barnard No Aramark—a group that is dedicated to pushing Barnard to end their longstanding partnership with Aramark and is affiliated with the Roosevelt Institute at Columbia—will take place all day on Nov. 15.

A group of student activists has announced plans to hold a symbolic boycott of Barnard’s dining locations in protest of the college's continued involvement with its food service provider Aramark as the college is in the process of determining whether to maintain its contract with the company.

The boycott, hosted by Barnard No Aramark—a group that is dedicated to pushing Barnard to end their longstanding partnership with Aramark and is affiliated with the Roosevelt Institute at Columbia—will take place all day on Nov. 14. The boycott will encourage students to refrain from using meal swipes at any Barnard dining hall, including Hewitt Dining Hall, the Diana Center Café, and Liz’s Place, and is intended as a show of disapproval of Aramark. Currently, all Barnard students with on-campus housing have already paid for a meal plan, a requirement of the college.

Aramark, which provides food and staff at all Barnard dining locations, has faced numerous scandals and allegations of wrongdoing, including involvement with the private prison industry, complaints of serving food contaminated by maggots and rocks, and employee misconduct.

At the end of 2018, Aramark's decade-long contract with the college will expire, at which point Barnard could potentially switch to a new provider. The new contract will be announced in March 2019.

Tanisha Aggarwal, BC ’20, head organizer of Barnard No Aramark, cited Aramark’s involvement with private prisons and mistreatment of prisoners as a particular concern to activists.

“The problem that I have is not that they serve food to prisons—someone has to serve them food. Aramark [also] serves hospitals [and] universities, [and] if you looked at the difference in food quality between these different institutions, there is a drastic disparity in the quality of food that prisoners get and the quality of food that ... university students get in comparison. … And I feel like that disparity is just morally questionable,” Aggarwal said.

Maeve Flaherty, CC ’21, the organizer for the Roosevelt Institute’s Human Rights Initiative and a member of Barnard No Aramark, hopes that the boycott will prompt the Barnard administration to recognize the contingent of students voicing their opposition to Aramark.

“What is really important to us is that Barnard students show disapproval of Aramark by swiping only at Columbia dining halls or eating off campus, and choosing to not use Barnard food services for the entire day,” Flaherty said. “The point we want to make is that this is an issue that matters to students, and that they will take their swipes elsewhere.”

To determine whether Barnard maintains its contract with Aramark, a joint student-administrative search committee consisting of representatives from Student Life, Residential Life & Housing, Facilities Services, Campus Services, Finance, and SGA Representative for Food and Dining Yeliz Sezgin, BC ’21, will work along with boutique consultancy JGL Foodservice Consultants to create a request for proposals based on Barnard’s dining needs. This will then be sent to various food service providers, according to a statement from Chief Operating Officer Robert Goldberg.

JGL is also soliciting student input regarding changes they would like to see in Barnard’s dining program via a survey emailed to all students last Sunday.

Director of Campus Services Julia Wang and a JGL consultant asked for feedback from representatives at a Student Government Association meeting last Monday. Wang was also present at a town hall hosted by SGA’s Food Advisory Board last Wednesday where students voiced their concerns with and aspirations for dining at Barnard.

The search committee will then vet and choose from the responding providers once the request is sent out.

Flaherty argued that Aramark’s business practices do not align with Barnard’s values, a criticism that comes a year after Barnard opted to join the Worker Rights Consortium, citing a commitment to ethical purchasing of goods and services.