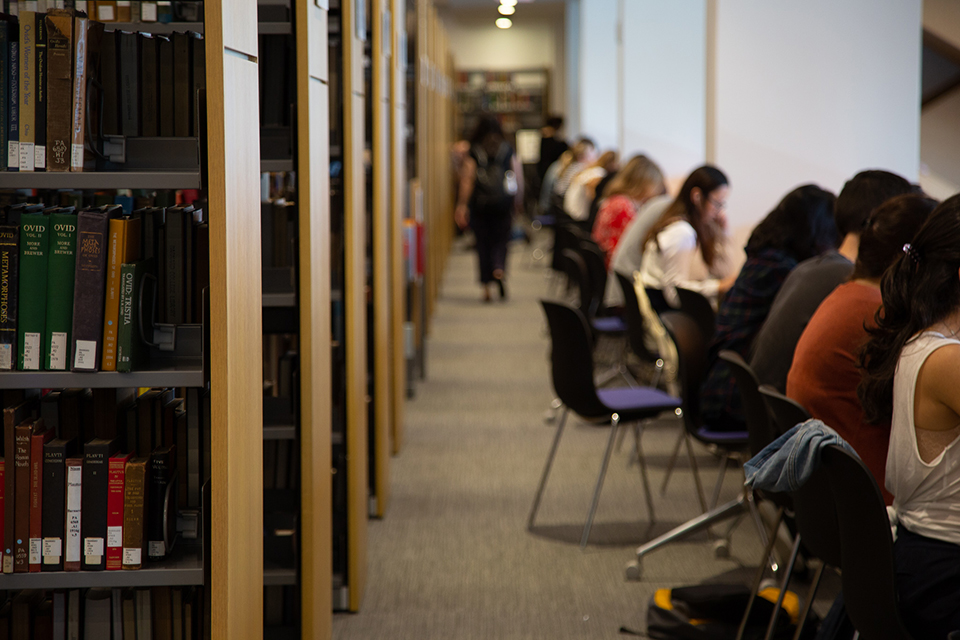 Barnard students remain unsatisfied with support for low-income students in purchasing textbooks, library services, and food quality at dining halls, according to the results of Barnard Student Government Association’s Desserts After Dark survey.

The Desserts After Dark annual survey provides an opportunity for students to give feedback on a variety of topics related to student life on campus, including SGA accessibility, spaces on campus, food and dining, and diversity and inclusion, among others. Although there has been a 26 percent increase in comparison to the survey conducted in the spring, overall student responses have gradually declined over the past three years: 541 students responded to the survey this year compared to 601 students last year and 780 the year before.

In an attempt to alleviate the burden of textbook costs, the Barnard First-Generation Low-Income Partnership Library, located in the Milstein Center, allows students who identify as first-generation or low-income to fill out a Google form and rent the 500 textbooks that the library currently holds.

SGA VP for Communications Kim Samala, who is also a member of FLIP, commented that the phrasing of survey questions having to do with the FLIP library did not account for class year disparities that could have revealed a greater need to consider low-income, upperclassmen textbook needs. Currently, Samala said, FLIP library primarily provides textbooks for introductory courses and therefore underclassmen tend to benefit from it more.

According to these survey results, first-generation and low-income students face the same inaccessibility and prohibitive costs regarding the laundry machines provided on each floor of Barnard residential housing. Barnard students have voiced complaints about being charged $2.50 to wash and dry each load of laundry, a cost that has been burdensome for many low-income students.

Survey results further supported this claim: 56 percent of all Barnard students reported that they “strongly agree” or “somewhat agree” with the statement, “The cost of laundry using Barnard machines is prohibitive for my budget.” For low-income students specifically, 68 percent of students “strongly agree” or “somewhat agree” that laundry is prohibitive for their budget.

Students also voiced concerns about sensitivity in classrooms, the library and dining services offered on campus.

The number one issue that students face with the new Milstein Center is the library’s hours; 64 percent of students reported that the library is not open when they want to use it. The Milstein Center is open from 8 a.m. to 12 a.m. on Mondays to Thursdays, yet 68.7 percent of students proposed keeping the center open later at night On Fridays, the center is open from 8 a.m. to 6 p.m., and on Saturdays from 10 a.m. to 6 p.m., but the majority of students said they would like to see the hours on both of these days extend. 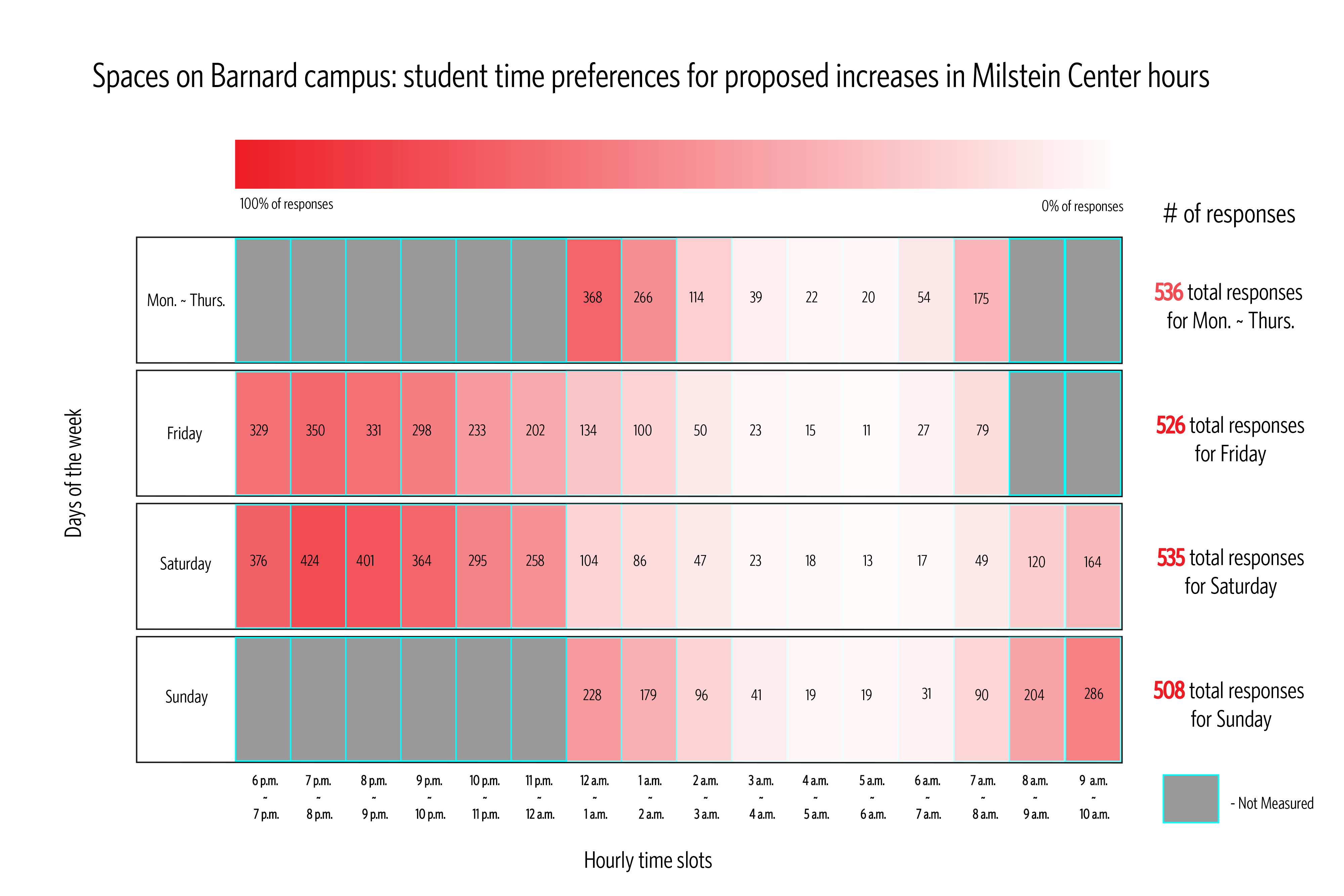 Barnard students have also historically been unsatisfied with the Barnard Dining Services due to allegations of improper sanitation, poor food quality, and the lack of options for a variety of diets. In light of Barnard’s contract with Aramark ending this year, a group of student activists are holding an organized protest, calling on the school to end its relationship with its food service provider due to its involvement with private prisons.

According to the survey, the biggest challenge students face with Barnard’s current Dining Services is poor food quality. Another major concern reported was food inaccessibility: 43 percent of students reported that the meal hours are inconvenient and 38 percent reported that food is not readily available during those times.

SGA announced that there will be a halal station opening in Hewitt after Thanksgiving, responding to Muslim students who have advocated for Dining Services to provide improved options for their dietary restrictions.