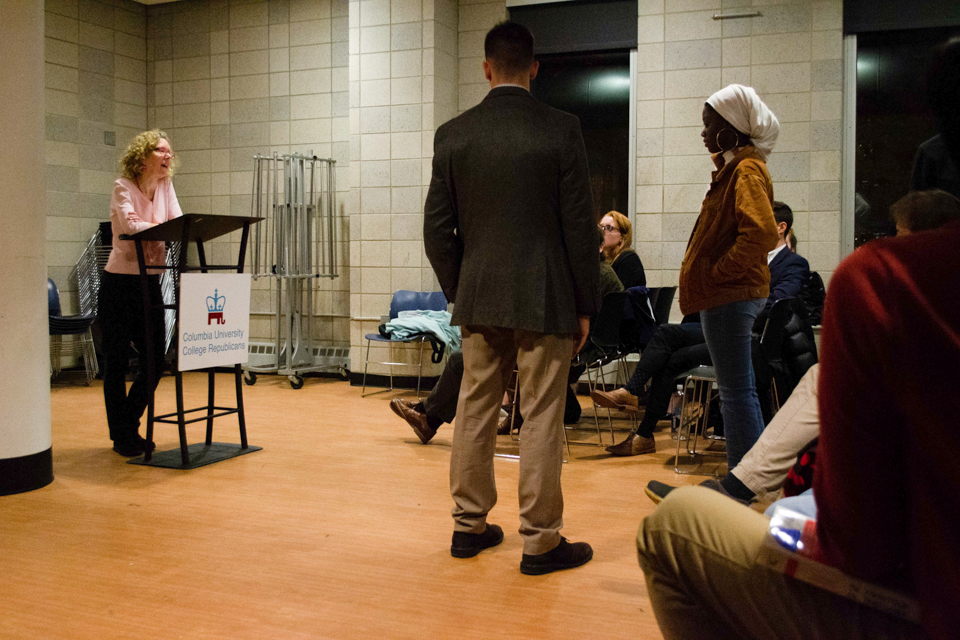 Mac Donald is the author of “The Diversity Delusion: How Race and Pandering Corrupt the University and Undermine Our Culture” and “The War on Cops.”

Mac Donald, the author of “The Diversity Delusion: How Race and Pandering Corrupt the University and Undermine Our Culture” and “The War on Cops,” focused on Columbia’s Core Curriculum throughout the event, challenging the notion that the Core is racist and upholds white supremacy by not including women and people of color in its literature and teachings.

“None of these students comes remotely close to possessing the knowledge to dismiss Aristotle or Kant on the count of racism or anything else,” Mac Donald said, arguing that it is more important for the Core to appeal to a universal humanity instead of categorizing experiences using race, gender, or other identity subsets.

The Core has long been a subject of controversy among students and faculty, with a history of being criticized by students for its lack of diversity. In spring 2016, Toni Morrison’s “Song of Solomon” became the first text written by a person of color to be added to the Literature Humanities syllabus.

“The reality is this: there has never been an environment more tolerant toward history’s traditionally marginalized groups than an American campus. Colleges are filled with liberal, well-meaning faculty who want their students to succeed—they are not bigots,” Mac Donald said.

Mac Donald contrasted Core classes with identity-based classes, claiming that these classes promote ways of thinking that can lead to misconceptions about identity and its role in the academic world.

“Teaching students through the trivializing lens of race, gender, and oppression is educational malpractice,” she said.

In a Q&A session following the talk, students voiced their concerns about the implications of Mac Donald’s argument. When one student asked Mac Donald if she thought there was any way to be an academic without studying strictly Western philosophies, Mac Donald responded that students only attend college for a finite amount of time, meaning their education comes with opportunity costs.

“The primary obligation of the university in America is to pass on the inheritance of Western civilization,” she said.