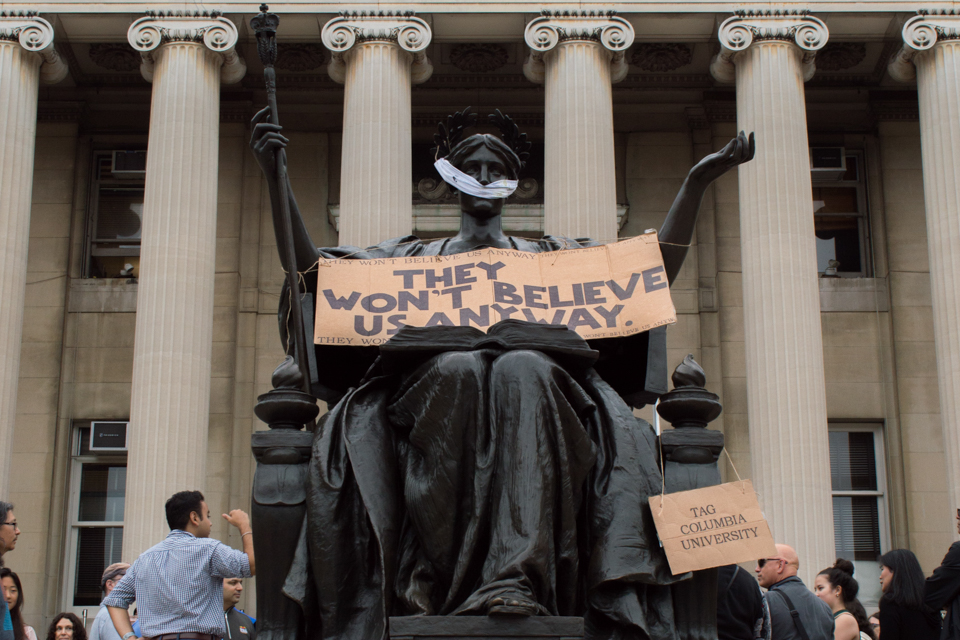 The proposed regulations outline both suggestions and mandates that govern how a University will be obligated to adjudicate cases of misconduct, the latter by which Columbia may have to abide, according to Goldberg.

In light of the official release of the Department of Education’s new proposed regulations regarding sexual misconduct, the University will stand by its values that emphasize student safety and support, according to Executive Vice President of University Life Suzanne Goldberg. Under federal mandate, however, Columbia’s own policies and procedures—particularly those regarding adjudication processes—may be forced to change.

While officially proposed by the Trump administration, these regulations—which will reshape Obama-era Title IX policies to focus on protecting the rights of the accused, and narrow the definition of harassment, among other changes—still require a 60-day public comment period and an additional three-month period before they are codified into federal law. The regulations outline both suggestions and mandates that govern how a University will be obligated to adjudicate cases of misconduct, the latter by which Columbia may have to abide, according to Goldberg.

“We will continue to do what we do and make very clear that whatever changes federal regulation might ultimately require. We want to support students in reporting incidents of misconduct and in knowing that if they report, all students involved in the process will be treated fairly in the sensitivity of the issues,” Goldberg said.

The regulations, released under Secretary of Education Betsy DeVos, outline non-mandatory changes that reduce the legal accountability of universities in investigating reported conduct, including the restriction of mandatory reporting to administrative officials, which does not include residential advisors or faculty members. The regulations also say that universities will not have to investigate off-campus misconduct and have the option of raising the burden of proof for accusers, and will give students accused of misconduct the right to cross-examine their accuser.

Goldberg said that in all of these cases, the University will stick by its current standards and values, which uphold a culture of prevention, education, safety, and fairness for its students and faculty.

However, Goldberg also said she anticipates potential conflict between certain areas of University policy and federal law, such as the regulations’ mandate that a party's advisor must be able to cross-examine the other student in a live hearing. Currently, heading procedures are only conducted through private questioning by the hearing panel. Additionally, regulations mandate that both parties have equal access to the evidence garnered by the school investigator, conflicting with the University’s policies that allow the investigative team to release information at their discretion.

Despite potential regulations which may deter students from reporting instances of misconduct, Goldberg emphasized that broader cultural movements also have significant power in pushing against those changes.

“Title IX regulations from the government are one piece of the broader shaping of the culture around these issues. I think it's hard to see that new federal regulations will have a greater impact on student’s willingness to report sexual misconduct than the #MeToo movement,” Goldberg said.

In an email to the Barnard community, the college released a statement informing students of potential changes to the college’s policies under the proposal, such as the requirement of a live hearing. The statement ensures that the college will continue to track the progression of the proposed rules, stand by New York state law, and work to alter their policies to be consistent to both state and federal regulation. Columbia has yet to release a statement to its students.

Passed in 1972, Title IX places responsibility on institutions that receive federal funds to protect people from gender and sexual discrimination. In 2011, the Department of Education released a “Dear Colleague” letter, which prompted Columbia to make changes to its policies, including the introduction of mandated reporters and allowing all violations to warrant an investigation. Since then, the University has increased its initiatives to encourage education, support, and resources for students in regards to sexual misconduct prevention.

While these resources still exist despite federal policy changes, the experts express concerns that the looser federal regulations will change the supportive culture established under Obama-era guidelines, which emphasize the rights of the accuser. The department projected that new regulations will result in a 39 percent decrease in adjudicated cases by universities.

Goldberg additionally reaffirmed faculty’s commitment to reporting as a “bridge” to resources for reporting offices, and detailed the expansion of University-wide awareness programming such as the Sexual Respect Initiative as a means through which Columbia will continue to provide support for students.

“We have legal obligations that we must follow. But most fundamentally, we have in interest in having a safe and supporting community of students, faculty, and staff,” Goldberg said.