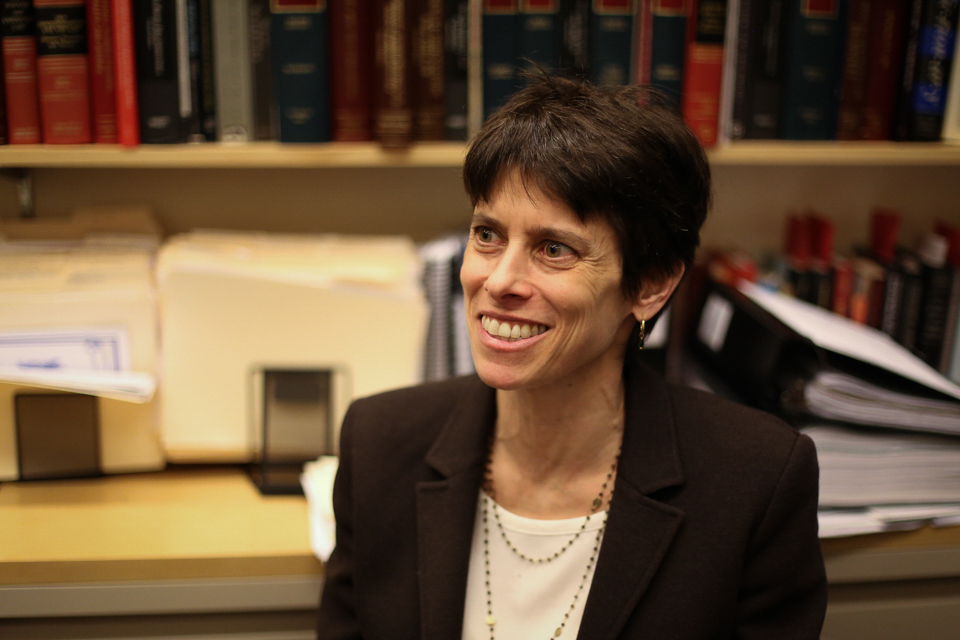 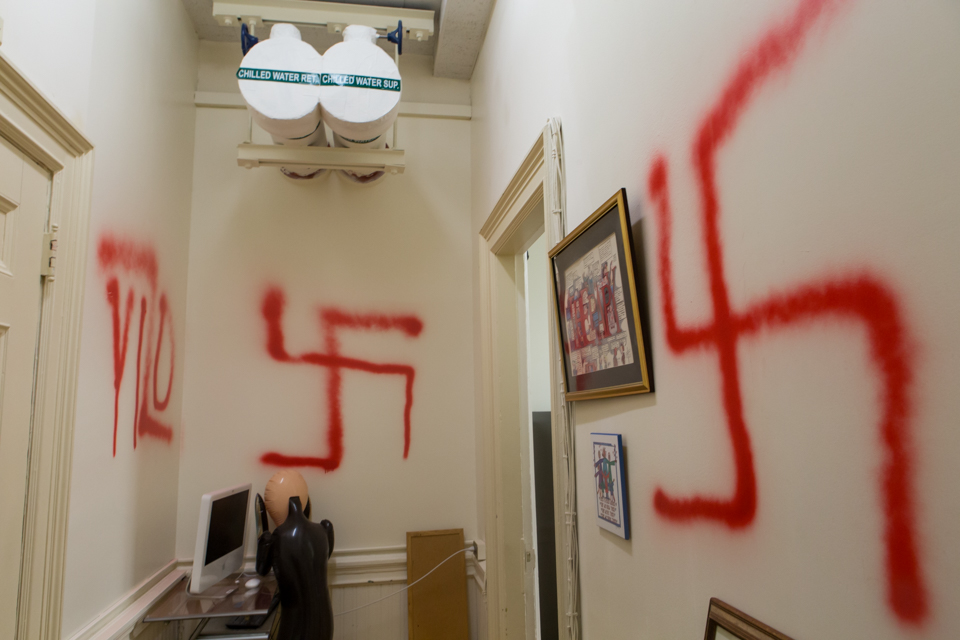 Midlarsky, who is Jewish, found the graffiti—two swastikas and the derogatory term “Yid”—when she came to her office around 1 p.m. today.

The office of Jewish professor Elizabeth Midlarsky, who teaches and researches the Holocaust at Columbia Teachers College, was vandalized with swastikas and anti-Semitic slurs on Wednesday.

Midlarsky found the graffiti—two swastikas alongside the derogatory term “Yid"—when she came to her office around 1 p.m. Wednesday, at which point she notified security. The graffiti was drawn in the entryway to Midlarksy’s office, which is not shared with other staff.

“I was in shock,” Midlarsky said. “I stopped for a moment, because I couldn’t believe what I was seeing.”

According to the NYPD, a different staff member entered the room at approximately 11:47 a.m. Wednesday and did not observe anything unusual at that time. The incident remains under active investigation by the NYPD Hate Crimes Task Force and is being treated as an aggravated harassment.

Midlarsky’s office had previously been vandalized in 2007, when a swastika was spray-painted on her door and anti-Semitic flyers left in her mailbox. According to Midlarsky, this prior incident was “horrifying but not surprising” due to her “relatively visible status as a Jew” at the time, citing her numerous published papers and articles on subjects related to the Holocaust.

However, Midlarsky, attributed this second incident to a broader national rise in anti-Semitic crimes and a changing culture. Midlarsky is a professor of psychology and education whose research interests include altruism, religiousness, and the Holocaust.

Both the Office of University Life and Barnard College issued statements on Thursday morning strongly denouncing the anti-Semitic act and showing support for Jewish students. A Teachers College spokesperson was unable to comment on the specifics of the incident but provided a statement made by Teachers College president Thomas Bailey.

"To the TC Community:

As you may already have heard, the office of a Teachers College faculty member has been defaced with swastikas.

We unequivocally condemn any expression of hatred, which has no place in our society. We are outraged and horrified by this act of aggression and use of this vile anti-Semitic symbol against a valued member of our community.

Please rest assured that we are working with police to discover the perpetrator of this hateful act. I also want to reaffirm the College’s commitment – and my own – to providing a respectful and welcoming environment for all, and to protecting the safety and dignity of all members of our community.