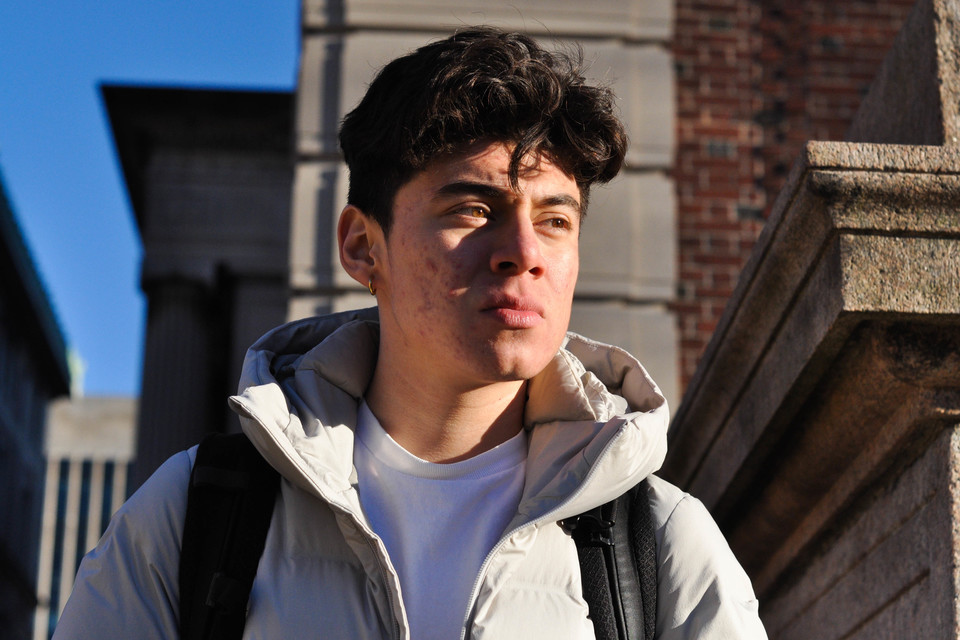 When Jesus Mancilla, CC ’22, came to Columbia, he realized that identity would play a larger role in his relationships than it had back home in his predominantly Latinx community in Northern California.

When Jesus Mancilla, CC ’22, came to Columbia, he realized that identity would play a larger role in his relationships than it had back home in his predominantly Latinx community in Northern California. Mancilla, who identifies as a Latino first-generation low-income student, said he felt more anxious about his experiences with consent due to the racialized rhetoric of sexual misconduct accusations.

“I feel like I’m walking on thin ice compared to my white peers, so I can’t really mess up. For students of color, the immediate response will be ‘we shouldn’t have let him into this institution coming from the background that he comes from,’” Mancilla said.

A paper published by the Sexual Health Initiative to Foster Transformation in October found that while most students understand affirmative consent, this knowledge can be difficult to apply to real-world situations, which are further complicated by students’ identities. The paper was the latest to be released by the 2.2-million-dollar research initiative, which began in 2015, and drew on interviews with more than 150 Barnard and Columbia students about their understanding and application of affirmative consent.

Specifically, the SHIFT paper highlights fear on the part of students of color that have an “intense awareness of racialized risk of sexual assault accusations.” Harvard Law School professor Jeannie Suk Gersen attributes this notion to the impact of “over-criminalization, mass incarceration, and law enforcement bias” that disproportionately penalizes racial minorities.

When Mancilla arrived on campus, he felt prepared to begin college with the affirmative consent education he received from his high school. But after attending the mandatory “Enough is Enough” programming during the New Student Orientation Program, which specifies a singular definition of affirmative consent, Mancilla said it was difficult for any blanket sexual education curriculum to cover all of the nuances that come with any given social setting.

“The workshops encompassed a more general area, but once you are at the party, there are so many different factors that fall into a situation. The workshop did a good general job, but there are just some things that are too hard to cover,” Mancilla said.

As a member of the Nakota tribe, Terrell Johnson, CC ’22, said he grew up in a community that experienced high rates of sexual assault, which made him worried about becoming an assault victim. At Columbia, however, he said he became aware of how he himself could be perceived as an assailant.

“Being a person of color has made me cautious of how I portray myself in social circumstances. I always over-vocalize the need for consent. It’s something I do as a precaution, especially being around individuals of different communities of varying privileges,” Johnson said. “People associate people of color as people who assault, especially people who aren’t informed.”

The SHIFT paper also indicated differences in experiences for male and female students, who both said they saw the need to secure consent as primarily the man’s responsibility in heterosexual encounters. One female participant of the study noted, “I don’t think I have ever asked for consent; I think guys ask you for consent, right?” Meanwhile, male students expressed significant fear of being accused of sexual assault.

While the SHIFT paper only examined heterosexual relationships, students also noted that this dynamic is applicable in more contexts. Kwolanne Felix, CC ’22, said that she is much more conscious of her own capacity to consent during sexual activities with masculine-presenting people than femme-presenting people when alcohol is involved.

Sebastian Posillico, CC ’22, pointed out that the sheer fear of being accused of sexual assault is the most compelling force in pushing male students to ensure consent, more so than their personal attitudes towards sexual respect.

“People are becoming more aware of this and they’re seeing the ramifications of [committing assault] and even if they don’t agree that it's the right thing, they understand the consequences and will try to avoid them,” Posillico said.

However, Robert Vogel, CC ’22, said that while the fear of being accused can lead people to redefine consent ideologically, their actual practice is not necessarily affected.

“The #MeToo movement forced a social reckoning for a lot of people and made them reevaluate what they considered to be consent, [but] I haven’t noticed a direct change in behavior. I’ve never seen someone change their behavior out of fear of being accused,” Vogel said.

Columbia’s NSOP sexual assault prevention workshops have made significant strides since their implementation in 2015, shifting the conversation to center on more complex discussions of affirmative consent. According to co-directors of the Coalition Against Sexual Violence Andrew Rodriguez, CC ’20, and Morgan Kang, CC ’20, changes were made to the programming starting in 2018 to include instances where verbal affirmation is simply not enough.

Many first-year students said their understandings of consent were informed by their upbringings and their communities, contributing to nuances and discrepancies in how students perceive both consent education and practice.

Posillico grew up in an underserved Queens neighborhood and attended a school with no consent education. As a result, he said his understanding of consent was mostly informed through personal and friends’ intimate experiences, making him more conscious of his own practices.

“Marginalized communities do have less access to [consent] education. I feel like I would be more cautious than someone who’s [had access to consent education] because, in short, it would be more watered down if you’ve [heard] these things over and over,” Posillico said. “Coming from a lack of education to an area where it’s heavily stressed, it helps you realize the importance of it.”

According to the SHIFT paper, students who have access to sexual education and healthy family and peer relationships are ultimately more likely to grant meaningful consent.

Adele Chi, BC ’22, attended a private high school where she had a comprehensive affirmative consent education, which she said made her feel more equipped to handle sex and consent in college.

“When I walk into [a] frat house, I don’t think, ‘Oh, I am setting myself up automatically to enter into a sexual relationship.’ It is my own free will, and I am my own person. I don’t feel like women should feel like their bodies are entitled to other guys, even if [they] enter into an environment where it welcomes that sexual context to happen,” she said.

Felix said she does not remember a single instance in which consent was addressed in her high school sexual education, particularly as it relates to ideas of consent outside of heteronormative relationships. Her involvement with LGBTQ communities on campus allowed her to develop new ideas of consent; however, Felix also said she noticed how these conversations mostly occur within isolated communities that do not span intersectional identities.

“As a black person, outside of Columbia [student] groups, [consent] isn’t as stressed as much, nor is sexual education. In the queer community, it’s a really big topic of conversation to become informed. With the black community, consent and sexual education [are] not as talked about in the same way, or, if so, [they’re] breezed through. The nuances of those issues is not given light,” she said.

In response to its findings, the SHIFT paper recommends that Columbia help transform behavior by engaging students in critical reflection, providing spaces for students to discuss their own practices, and centering conversations on the need for mutual consent in all kinds of sexual interactions. In doing so, the paper seeks to steer students away from simplistic conversations about sexual assault that are entirely centered on punishment and adjudication.

The CASV initiative serves as an example of students’ own efforts to address how intersectional conversations about identity are vital to understanding sex and consent. CASV has partnered with affinity groups and student organizations, including the First-Generation Low-Income Partnership and the Asian American Alliance to plan its future programming.

“It falls on the students to understand what the needs of our community are. I don’t think [the] Columbia [administration] alone should be spearheading the project. ... There is a lot of knowledge within the student body and a huge initiative from students’ groups to facilitate change. I feel everyone should be a part of the conversation,” Rodriguez said.