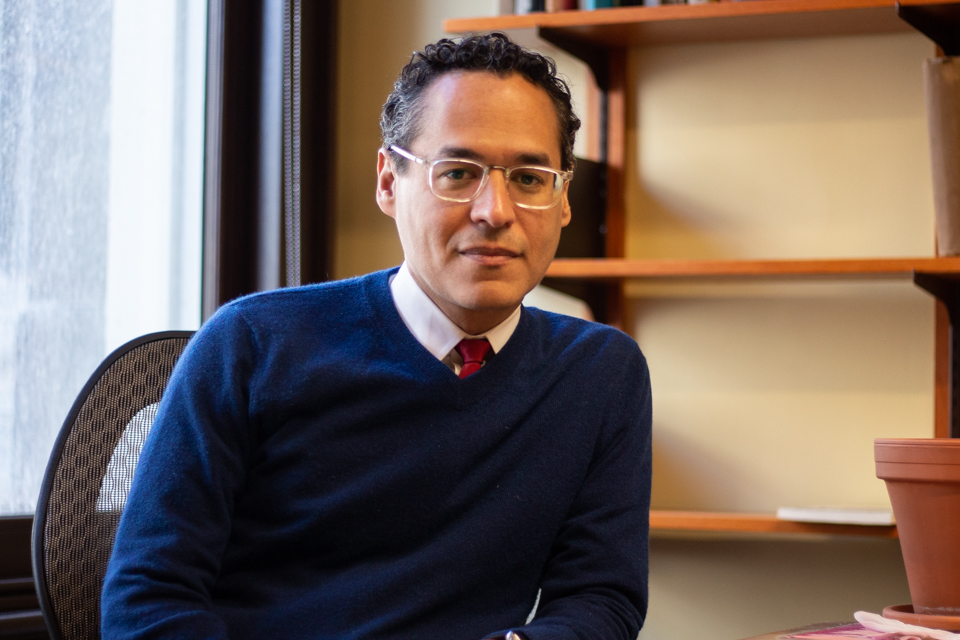 Prior to becoming director in 2008, Montás taught the Core Curriculum as a graduate student, for which he received the Presidential Award for Outstanding Teaching by a Graduate Student, and then took on a lecturer position.

After 10 years as the director of the Core Curriculum, Roosevelt Montás, CC ’95, GSAS ’96, and GSAS ’04, will be stepping down from his role to take on a position as a senior lecturer in the department of English and comparative literature in the Center of American Studies.

Prior to becoming director in 2008, Montás taught the Core Curriculum as a graduate student, for which he received the Presidential Award for Outstanding Teaching by a Graduate Student, and then took on a lecturer position. Montás' own research focuses on Antebellum American literature and culture, with a specific interest in citizenship.

During Montás’ tenure as director, the Literature Humanities syllabus saw a host of new texts, including Toni Morrison’s “Song of Solomon,” which is the first text written by a black author on the syllabus, as well as Sappho’s “Lyrics,” and Virginia Woolf’s “To the Lighthouse.” In addition, Montás chaired the University Senate task force that in 2011, moved the University to recognize Reserve Officers’ Training Corps for the first time since the 1968 Vietnam War protests. Also during Montás’ tenure, the University received $4.6 million for Core initiatives abroad.

According to Montás, his decision to step down to a senior lecturer role came from a desire to teach and write more than an administrative position would have allowed, though both responsibilities were also central and valued in the Core. He will continue to be affiliated with the Core moving forward through teaching a section of Contemporary Civilization.

“The Core has been so important in my own life that being a steward of its health was a tremendous privilege and honor for me. Over that time, I developed a real commitment to advocacy on behalf of the liberal arts and general education, and those are commitments I will continue to advance as a lecturer in American studies,” Montás said.

Julie Crawford, a professor in the English and comparative literature department and the former chair of Lit Hum, highlighted Montás’ positive personality as an administrator.

Dean of Academic Affairs Lisa Hollibaugh, GSAS ’05, will take on the role of director until a replacement is found.

Correction: A previous version of this article misstated that Montás would be fully disaffiliated from the Core after stepping down. Spectator regrets this error.