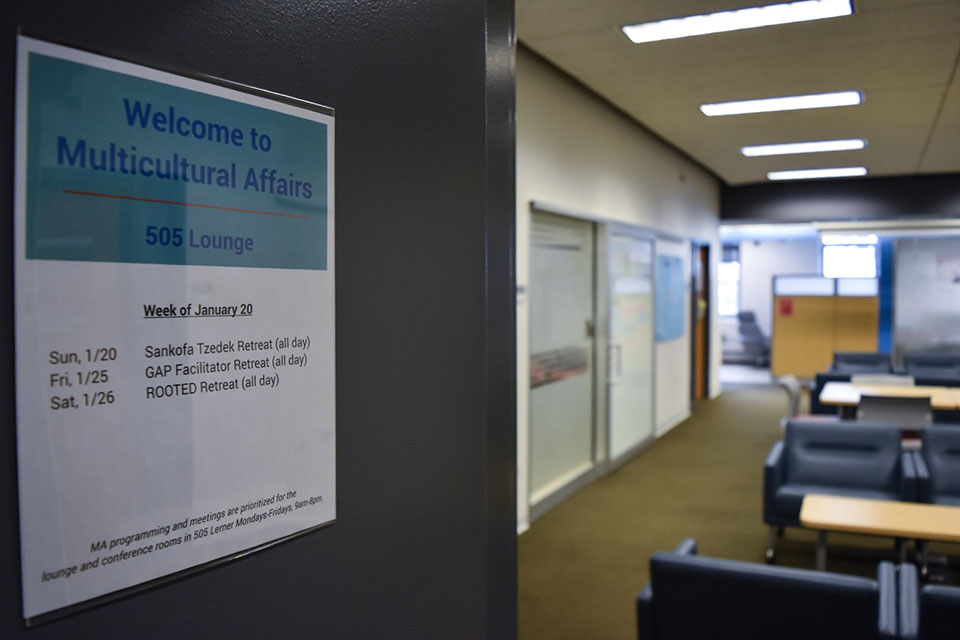 Last December, after the video of von Abele harassing a group of primarily black students went viral, students and alumni increasingly posed questions regarding the dominance of white and male authors in the Core.

In collaboration with the Office of Multicultural Affairs, a group of six student facilitators will be hosting a dialogue series—titled Respecting Ourselves and Others Through Empathy & Dialogue—with the goal of building “solidarity, empathy, and authenticity” amongst the Columbia community. The first day of the series will focus on discussions about racism, white supremacy, and the Core, in direct response to the bias incidents at the end of last semester.

ROOTED itself has been run by the Office of Multicultural Affairs for a number of years, but the initial dialogue on Thursday will be a new iteration founded by students who approached OMA last semester. In light of discussions surrounding Julian von Abele’s, CC ’20, white supremacist tirade outside Butler, the event’s central theme is: “You say you don’t like the Core. What are you doing about it?”

“How can we aim to target oppressive structures not only at the institutional level, but also within ourselves?” student facilitator Akshiti Vats, CC ’20, said about the objective of the event. “How can we work to constructively hold ourselves and others accountable, and how can we make a true difference?”

Last December, after the video of von Abele harassing a group of primarily black students went viral, students and alumni increasingly posed questions regarding the dominance of white and male authors in the Core. According to Vats, Julian’s statements were disappointing but not surprising; she too attributed the prevalence of Eurocentric thinking on campus to courses like Literature Humanities and Contemporary Civilization.

In response to these concerns, LitHum chair Joanna Stalnaker and CC chair Emmanuelle Saada wrote op-eds in Spectator delving into the history of the Core, which both professors described as a lens through which European civilization could be criticized but salvaged after the disaster of World War I. Vats, who said she was unaware of the founding principles of the Core before reading the pieces, noted that such discussions are not structurally incorporated into Core seminars, but serve as positive starting points for constructively critiquing ingrained Western ideologies.

As such, Vats said Rooted can be a space in which these critical conversations happen.

Student facilitator, Amari Gaiter, CC ’21, added that conversations about changes to the Core Curriculum should continue in order to strive for increased diversity and inclusion, but she noted that it is unlikely for the administration to completely change the Core Curriculum itself. As such, Gaiter emphasized that the conversations will focus on ways in which individuals are empowered to critique and dismantle the Core through their own analysis of Western texts.

“It feels from a student perspective that the administration is already not giving us much room to make those changes that we’d like to see. With that in mind, it's hard to enter this conversation being like, ‘I want to dismantle the core.’... So instead of allowing ourselves to feel powerless in this situation, it's a matter of how can we reframe what we have right now,” Gaiter said.

Vats cited her own personal example reading German philosopher Arthur Schopenhauer, whose works focused on ideas of transcendental idealism, sharing and affirming significant tenets of Eastern philosophy. At first, Vats said that she went to discuss Schopenhauer’s ideas with her mom, believing that he was the first philosopher credited with developing them. However, through discussion with her mom, Vats said she realized much of Schopenhauer’s work was connected with fundamental Hindu beliefs—something she could have found if she had engaged in more critical reflection.

For Vats, it is important that students leave the conversation with productive methods to engage with a eurocentric curriculum on a day-to-day basis through activities that illustrate the individual’s role in reframing the way that the Core is internalized.

“The positive hope behind it is that in the larger situation that feels very powerless, you’re reminding people through conversations about having agency in terms of the ideologies you adopt and the practices that you carry on a day-to-day basis. How to feel that there is something productive to be gained from the experience [with the Core],” Vats said.

The Office of Multicultural Affairs also runs a student advocacy group called the Student of Color Advisory Board, that works to identify and evaluate issues related to inclusion in the classroom. In a 2017 interview with Spectator, Associate Dean of Multicultural Affairs Melinda Aquino said the office was looking into the possibility of SOCAB representatives participating in conversations concerning faculty training or diversifying the Core Curriculum, but was unable to provide a clear timeline for such a rollout.