‘A sense of movement, a sense of mission’: A 1968 activist’s ongoing commitment to justice

‘A sense of movement, a sense of mission’: A 1968 activist’s ongoing commitment to justice 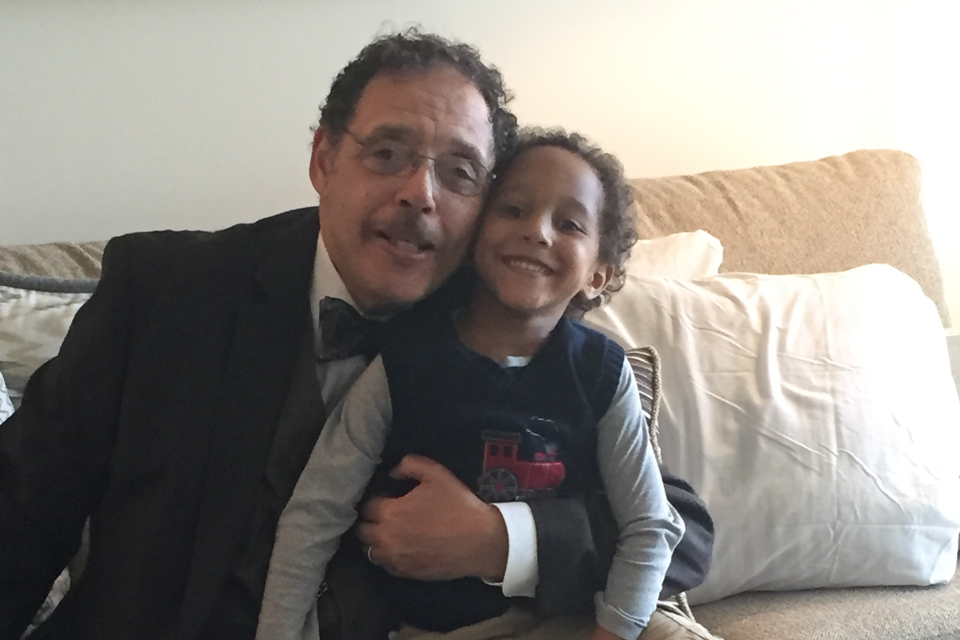 Brown with his two-year-old grandson, who lives in Georgia.

In honor of Black History Month, Spectator is publishing a series of profiles on notable black alumni scholars, activists, leaders, and more whose stories we have previously overlooked and failed to cover. The first article in the series features Raymond Brown, CC ’69, who came into the national spotlight during the 1968 protests as the leader of the Student Afro-American Society, a group that led the community—and inspired the nation—in protest against Columbia’s involvement in the Vietnam War and gentrification of Harlem. Brown is also a calligraphy-writing, yoga-practicing grandfather to a two-year-old boy.

When Raymond Brown, CC ’69, arrived at Columbia, he quickly found that the “stupidity was overwhelming.”

“I enjoyed being in New York City, but otherwise, there was a fair amount of that silly crap,” Brown said in reference to the abundant frat parties. “I found it a challenge to my seriousness.”

In an environment largely driven by unhealthy social drinking and at an age reserved for aimless self-discovery, Brown said that the stereotypes of college life seemed to be distractions rather than opportunities for leisure. His upbringing, family, and community, he explained, had ingrained in him an inescapable sense of duty—the duty to compel change and push for justice.

“The community I was raised by … there’s a sense that you’re part of a larger goal that takes hold of you. And if it does, you are forever destined, promised, doomed to take a hold of that goal, and you can never walk away from it,” Brown said.

Born in 1946, Brown was raised in the Booker T. Washington housing complex in Jersey City, New Jersey. When he moved across the state to the then-white neighborhood of Greenville, his family became one of the city’s first black families to cross over the unofficial “Jim Crow” line.

Back then, two figures featured heavily in his life: his father and his grandfather.

According to Brown, both were “indefatigable” in their dedication to public service. His grandfather worked as a mill hand before escaping from a lynch mob in Florida and settling in Jersey City—never again moving south of Trenton—to take on a job as a trolley car repairman.

Mr. Raymond Brown, his father, was a well-known civil rights activist and lawyer who broke significant historical barriers. Not only did Mr. Brown serve as the local NAACP branch president, but he was also one of the first black judge advocate generals in the military and one of the first black lawyers in New Jersey. He defended three Black Panthers accused in 1970 of attacking a Jersey City police station, worked to integrate New Jersey’s schools and faculty, and led boycotts to protest segregation. According to Brown, his father believed he was here for one purpose in life.

“He lived every moment to be a free man, and to help others,” Brown said.

Subsequently, Mr. Brown did not believe in taking days off, and Brown can only recall one family vacation to the World’s Fair in 1962 at the age of 16, during which his family was not permitted to stay in the hotel they had reserved and consequently took up camping gear and spent the night on a ship.

Brown carried his father’s unfaltering energy with him through the rest of his life.

“It took awhile for my wife to wear me down, but now I can say I have seen the value of recharging and having time for whimsy,” Brown said of his first vacation—a trip down to Key West for a forum he was scheduled to speak at.

When Brown arrived at Columbia, though, he worried it would be a waste of time. He lived across from frat row on 114th street, where the sounds of drunken shouts often permeated the night. Now, Brown says he recognizes there’s “nothing wrong with adolescents being silly,” but he adds that they “all knew” about black men being beaten in fraternity houses.

With other black students on campus, Brown found a close community—he notes—almost as if they were in a universe of their own. Meanwhile, the University had almost no black faculty or administrators at the time. When James Baldwin visited campus in November 1964, Brown recalls, he observed that Baldwin was “as fascinated by us as we were of him”—this group of students Baldwin never fathomed would be on Columbia’s campus.

Brown attributed this to closeness to a sense of a united goal—something that aided the success of Student Afro-American Society in the 1968 protests. 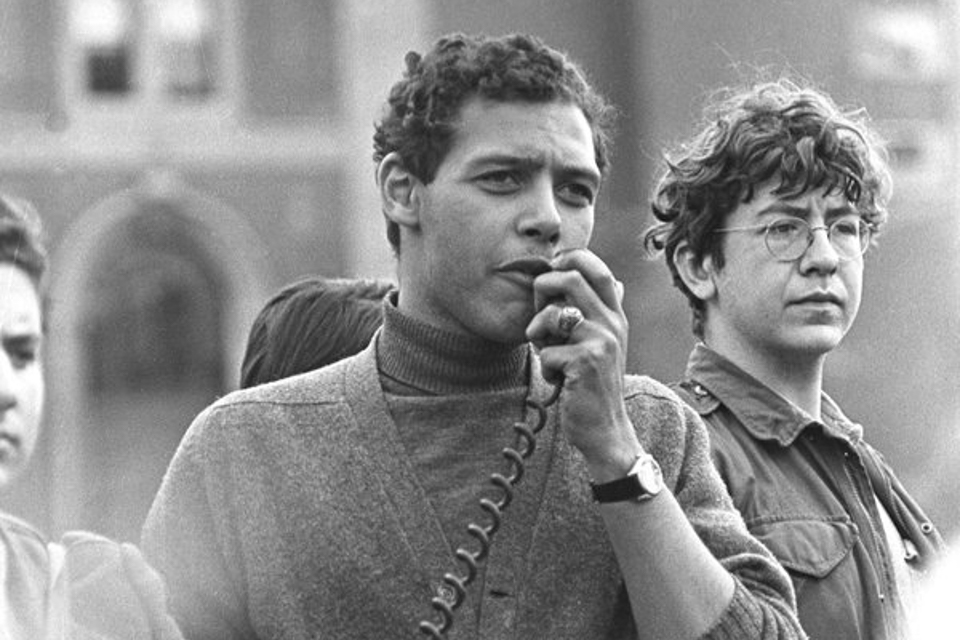 Raymond Brown
Brown was the leader of the Student Afro-American Society, a group that led the community—and inspired the nation—in protest against Columbia’s involvement in the Vietnam War and gentrification of Harlem.

Since then, Brown has never stopped moving.

“I guess when I was younger I had visions of progress being faster,” he said. “I wouldn’t have liked to think that when I got to the age I am now, there would be such a divide between the poor and the wealthy. … But part of that is just megalomania and overestimating what I could accomplish. But I’ve never moved backward or stopped.”

Now a renowned trial lawyer, Brown has litigated everything from civil cases to matters involving mass violations of humanitarian law. He has conducted investigations in Kenya, El Salvador, the Cayman Islands, Switzerland, the Bahamas, Colombia, and Sierra Leone, among others.

Not long after his father died in 2009, Brown found himself working in East Africa with foreign refugees whose communities were bombed and driven out of their villages, scattering families beyond the point of reunion.

In Uganda, Brown worked with a Congolese refugee whose wife and child left him for another man who could financially support them.

When asked whether his work grew tiring, Brown acknowledged that there were avenues through which he has been able to find solace—namely, speaking to students and spending time with his grandchildren. But Brown also added that his level of engagement should be the crux—and the goal—of any fight for change.

“If there's no real engagement, then why am I here? … My reputation among my partners is that he’s always going to be talking about race. But where I grew up, it was an honor to be called ‘the race man,’” Brown said.

Brown now points to a new challenge—helping raise a two-year-old grandson who lives in Georgia. Times have changed since his own childhood, but Brown said he still aims to inspire a level of commitment, understanding, and engagement with history and justice—something that is already starting to become apparent in his grandson.

“His favorite color is brown, and he said that’s because he’s brown too. I can’t imagine this ever happening when I was younger.”