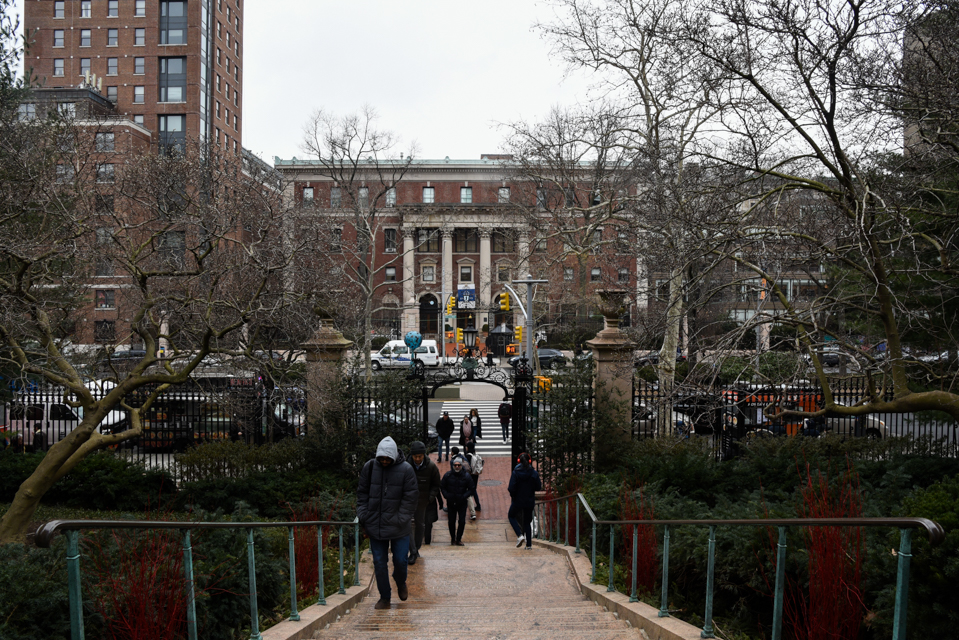 A conference held at Barnard this weekend called to hold the Burmese government accountable for its human rights violations.

A series of Columbia and Barnard faculty, genocide survivors, and scholars spoke out against the ongoing genocide of Rohingya people in Myanmar (formerly known as Burma) and criticized certain programs within the University for their collaboration with Myanmar’s government at an event held at Barnard this weekend.

The event, the International Conference for the Protection and Accountability in Burma, was hosted in collaboration with Columbia’s Institute for Comparative Literature.

Myanmar’s military’s ethnic cleansing campaign began in August 2017, when it started systematically raiding entire villages inhabited by the Rohingya, a Muslim ethnic minority in Myanmar. Over 10,000 of the Rohingya people were killed, and their refugee population has now grown to over 700,000. Most of the Rohingya people are now living in internally displaced person camps in Bangladesh. The United Nations has called for a tribunal to hold the military officers accountable for their human rights violations, an action supported by many activists and government officials at the conference.

The conference was sponsored by a variety of international human rights advocacy organizations, including Genocide Watch, the Center for the Study of Genocide and Human Rights at Rutgers University, and the Montreal Holocaust Museum.

Myanmar’s president, Aung San Suu Kyi, came to speak at Columbia’s World Leaders Forum in 2012, advocating for democracy, but also professing her support for Myanmar’s government, which continues to be largely responsible for carrying out the ongoing genocide in Myanmar. The Institute for the Study of Human Rights collaborated with official government authorities in Myanmar to construct a human rights curriculum for Myanmar’s schools and is currently training junior faculty at universities in Myanmar to promote human rights education in Myanmar’s law schools.

At the conference, Yanghee Lee, the UN special rapporteur on the situation of human rights in Myanmar, confirmed many of the reports already released by the UN, including a classification of the current military of Myanmar’s treatment of the Rohingya people to be a “textbook example of ethnic cleansing.”

Lee also confirmed that, as of Jan. 25, Myanmar’s military had raided multiple Rohingya Buddhist villages, which contradicts reports from news outlets in Myanmar that continue to claim that the Rohingya people are burning and destroying their own villages. Until Lee’s confirmation, it remained unconfirmed whether the violence was ongoing.

Lee classified the repatriation of Rohingya to their homeland to be a global issue and clarified that the Rohingya people will not be able to return to Rakhine State, the state on the Western coast of Myanmar understood to be the homeland of the Rohingya, at any time in the near future. She also called for a complete rewriting of Myanmar’s constitution, stating that Myanmar cannot be called a democracy until its genocidal campaign against its ethnic minorities is stopped.

Professor Elazar Barkan, a professor of international and public affairs and the director of the ISHR, gave Friday’s keynote address. In 2015, Barkan and other professors at the ISHR began working with a group of junior faculty at universities in Myanmar.

Barkan admitted that the ISHR should have been more suspicious of Kyi when she came to speak at the World Leaders Forum.

Dr. Maung Zarni, a Myanma human rights activist advocating for an end to the Rohyinghan genocide, interrupted Barkan’s speech to criticize the University’s work in Myanmar, referring to its collaboration with the government as an act of “neo-colonialist intervention.”

“I take issue with now not being the time for accountability,” Zarni said. “You frame accountability in the language of ‘miracles.’ Every Rohingya I’ve known wants justice. You do not have the moral or intellectual authority to tell Rohingya what they want and how they should want it.”

Barkan responded by emphasizing that political pressure and talk of accountability will not put an end to the genocide at this point.

Gayatri Chakravorty Spivak, a Columbia professor in the humanities and a founding member of the Institute for Comparative Literature and Society, gave Saturday’s keynote address. Spivak, who is known for her activism around issues of colonialism, was critical of the notion of Western organizations imposing education onto communities in Myanmar or in any refugee camps.

“People in the world of corporate money use the phrase human rights, [but] don’t actually understand human rights,” Spivak said. “They give gifts like tyrants. ... Education is a fashionable fetish.”

As the conference came to a close, an organizer declared that a group of individuals from the many organizations taking part in the conference will begin a grassroots boycott of Myanmar. In a statement to Spectator, a Columbia spokesperson clarified that this boycott has no affiliation with or impact on the University. The ISHR’s initiative working with Myanmar’s universities and hosting Myanma faculty will remain underway.

“Not organizations but a network of individuals and networks are officially declaring a boycott of Burma, economically, politically, diplomatically, culturally, and educationally,” Zarni said.

The decision to boycott Myanmar on the part of many organizations at the conference was not the first of its kind in a university setting. This divestment follows that of two other universities from Myanmar. The University of Virginia officially divested from Myanmar in 2001 and McGill University followed suit in 2002.