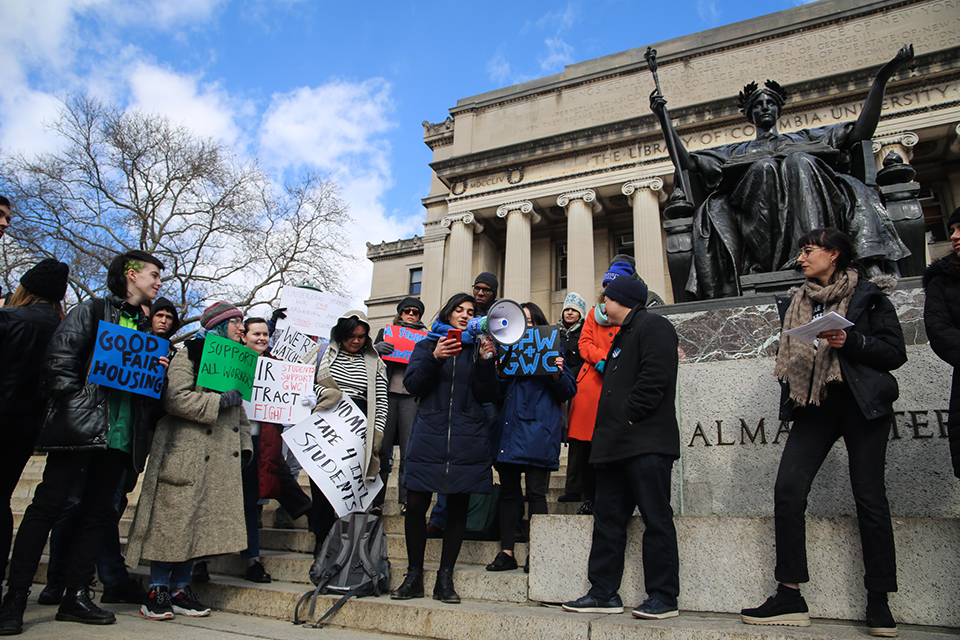 The scene took place in the Studebaker Building on 132rd street, the location of the Office of Labor Relations, in a medium-sized room with rows of folding tables and chairs at 1:30 p.m.

The few administrators in attendance, including at least one human resources officer and lawyers from international firm Proskauer Rose LLP, sat across on the other side.

The agenda for the beginning of the bargaining cycle introduced relatively uncontentious objectives based on bargaining surveys conducted by the union, which included ways to combat discrimination and harassment, the establishment of a grievance filing system, and increased health benefits.

Following the union’s presentation of their goals, the administration gathered for a private discussion, and then reaffirmed its desire to define the boundaries between the union members’ academic commitments and their commitments as students. The meeting, which lasted about an hour, also set the next date for negotiations: March 6.

According to Helen Zhao, a recently elected bargaining committee member from Columbia Academic Workers for a Democratic Union and second-year Ph.D. student in philosophy, the union found strength and solidarity in the number of supporters at the table.

“Having so many people behind us, there to support us, many of whom were also holding signs, was very invigorating for the bargaining committee and really made us feel strong in a way we couldn’t without the support of our unit,” Zhao said.

The University declined to comment on its side of the negotiations.

The occasion was marked by a rally on Low Steps prior to the start of negotiations. At the rally, organizers spoke about their goals and reiterated their plan to strike on April 6, 2020 if the two sides do not come to an agreement. They also emphasized the need for collective action throughout the bargaining process.

“What we want to do is to say to Columbia that our members are here and they care and they are supporting us as we go into bargaining,” Angela Woodall, a bargaining committee member and a Ph.D. student in communications studies, said.