Inaugural director of Center for Engaged Pedagogy to be hired by July, spurring progress on initiatives for classroom diversity

Inaugural director of Center for Engaged Pedagogy to be hired by July, spurring progress on initiatives for classroom diversity 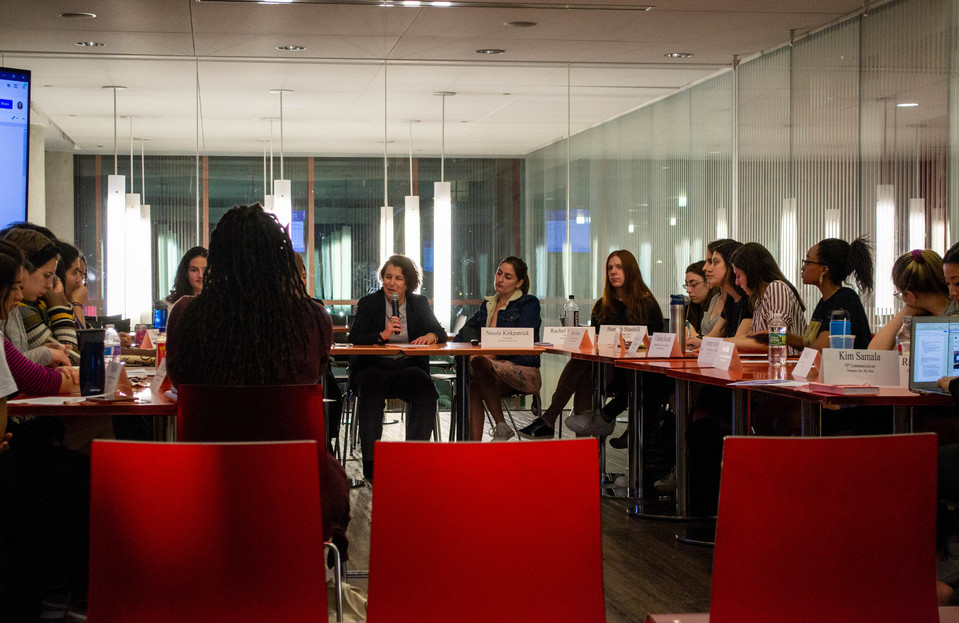 The SGA centered on the efficacy of recent initiatives undertaken by the Office of the Provost to improve diversity and inclusivity in the classroom, and in particular, the new Center for Engaged Pedagogy.

Founded as a space for students and faculty to foster dialogue and push for change around diversity and inclusion in the classroom, the Center for Engaged Pedagogy will have its first director by July 1, Provost Linda Bell and Vice Provost for Academic Programs and Curriculum Saskia Hamilton announced at a Student Government Association meeting on Monday night.

The meeting centered on the efficacy of recent initiatives undertaken by the Office of the Provost to improve diversity and inclusivity in the classroom, and in particular, the new Center for Engaged Pedagogy, which opened with the Milstein Center for Teaching and Learning in fall 2018.

But the Center has not been widely utilized by the Barnard community, according to a recent Desserts after Dark survey. Ninety-one percent of respondents reported never having used the Center, which is currently staffed only by post-doctoral students. The survey had a record-low response total of 355 students, with 32 percent of respondents being first-years.

Bell announced her plan to hire a Center director by July 1, pointing to the Center’s future growth as a means of improving classroom inclusivity initiatives more broadly.

“The Center is in some sense a representative body that intends to bring together students and faculty for a common purpose of creating classrooms that enable and classrooms that grow,” Bell said. “We want to move to a point where anyone around a table anywhere can say that Barnard is a place that fosters an inclusive community, an engaged pedagogy, and an inclusive classroom.”

When questioned by Representative for Inclusion and Equity Tirzah Anderson, BC ’21, about procedures for students reporting professors using derogatory language in the classroom, Bell acknowledged that there was a need for increased dialogue between students and faculty about the issue, but did not outline any concrete changes in the near future, citing the need to first hire a director for the center.

“The complexity of inclusive teaching … is that the best-intended faculty member can nonetheless have an impact on students which is received and actualized as non-inclusive, and the communications between the student who feels that way and the faculty member … are not clear,” Bell said. “I am in really in need of more contact with students … about what they feel in those settings. That’s why I’m eager to get someone [as the director]. It's time for the college to explore this issue.”

Hamilton and Bell additionally directed students to Title IX Director Molree Williams-Lendor and Barnard Ombuds for Students' Issues with Faculty and/or Staff DeShaunta Johnson as sources of support in cases in which they believe a faculty member has made offensive remarks.

Representatives at the meeting also asked Bell about the academic relationship between Barnard and Columbia in regards to the establishment of Barnard’s own computer science department, whose endowed chair was announced in fall 2018. Bell said that the newly established department would place a greater emphasis on interdisciplinary study and collaboration with Columbia’s existing department, rather than offering its own slate of introductory courses.

“We’re building a [computer science] program that is going to complement, not compete with, the Columbia program,” she said.