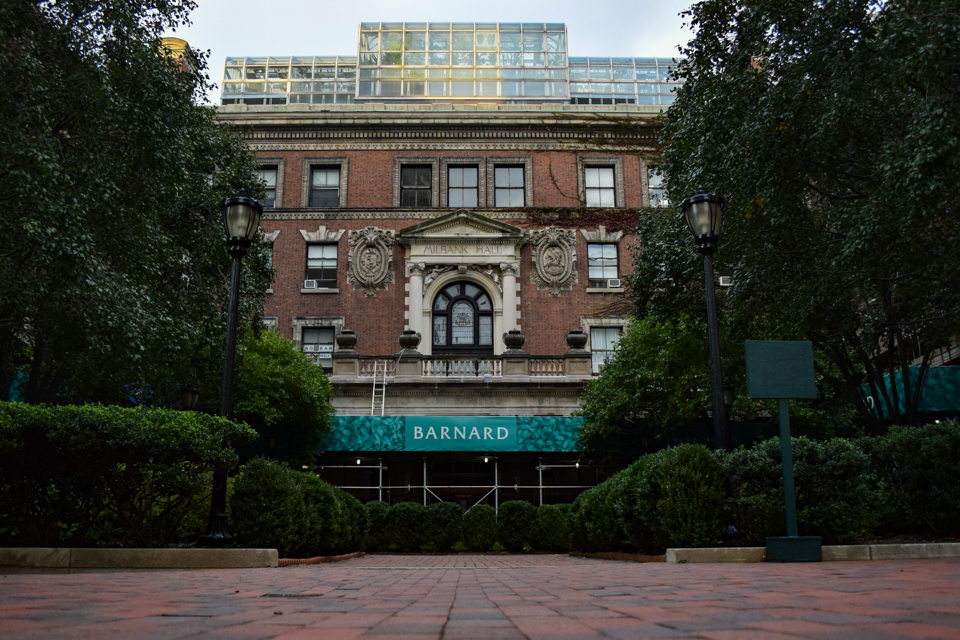 BCFU, which represents all faculty who are not tenured or on tenure track, lecturers, or reviewed and renewed faculty, filed the grievance against Barnard for contract violation in September 2018.

Barnard violated its collective bargaining contract with the Barnard Contingent Faculty Union when it did not pay unionized adjunct faculty stipends for teaching First Year Seminar courses, an independent arbitrator ruled. Barnard will have to reimburse all First-Year Seminar stipends—$2,000 per section to nearly a dozen adjuncts—from 2017 through 2019 within the next thirty days.

BCFU, which represents all faculty who are not tenured or on tenure track, lecturers, or reviewed and renewed faculty, filed the grievance against Barnard for contract violation in September 2018. The union alleged anti-union discrimination and contract violation on the grounds that unionized adjuncts—unlike non-unionized faculty—had not received stipends for teaching First-Year Seminar sections since 2017.

In response, the College at the time cited the fact that it had increased base-pay salary for union members by $3,000 per three-credit course, incorporating the amount allocated for the stipend as well as a salary hike in place of the stipend. However, according to the arbitrator’s decision, the college failed to mention stipends as an issue during negotiations, and continued to pay other stipends previously in effect, including for advising and conducting field trips. The arbitrator, however, did not find Barnard guilty of anti-union discrimination, but included in his decision a caveat that the past practice of providing a stipend must be resumed “if the College is to avoid a violation of the non-discrimination provision negotiated by the parties.”

In light of the decision, a college spokesperson reiterated Barnard’s desire to work productively with the union moving forward.

During the arbitration, the College’s council maintained that there was no contract violation or discrimination taking place, but representatives on behalf of BCFU testified that there was an unequal distribution of the stipend, which disadvantaged contingent faculty.

Adjunct dance lecturer Siobhan Burke stated that continuous disparities between adjunct and full-time faculty pay can be demoralizing and exacerbate a sense of not belonging in the college community for adjuncts.

“When you find out that you’re doing the exact same work but not getting this stipend, that can make you feel kind of resentful about doing your work and feel like you’re not fully part of the institution,” Burke said. “I hope that this makes people feel more included, more motivated, and more respected for the work that they’re doing.”

Senior Scholar Herbert Sloan, whose title grants him the right to teach despite his retirement, stated in front of the arbitrator that his stipend allocation was restored after he appealed to the provost, but the same was not true for his adjunct faculty counterpart, First-Year Writing professor Linn Cary Mehta. He added that the specific withholding of the stipend from adjunct faculty was discriminatory.

“The way that administration treated me when I brought this to their attention was rather different than the way people like Linn were treated,” Sloan said. “This was basic, and to take it away from people, no matter the rationale, who just happened to be members of the union would strike me to be discriminatory.”

Mehta stated that the decision sets an important precedent for the future and emphasized that it reinstated a policy that should not have been removed in the first place.

“I think it’s terrific, but I think this its just a basic fairness—there was no reason that [the stipend] should have been removed in the first place,” Mehta said. “I’m glad the union sought the arbitration and I’m delighted that we won.”