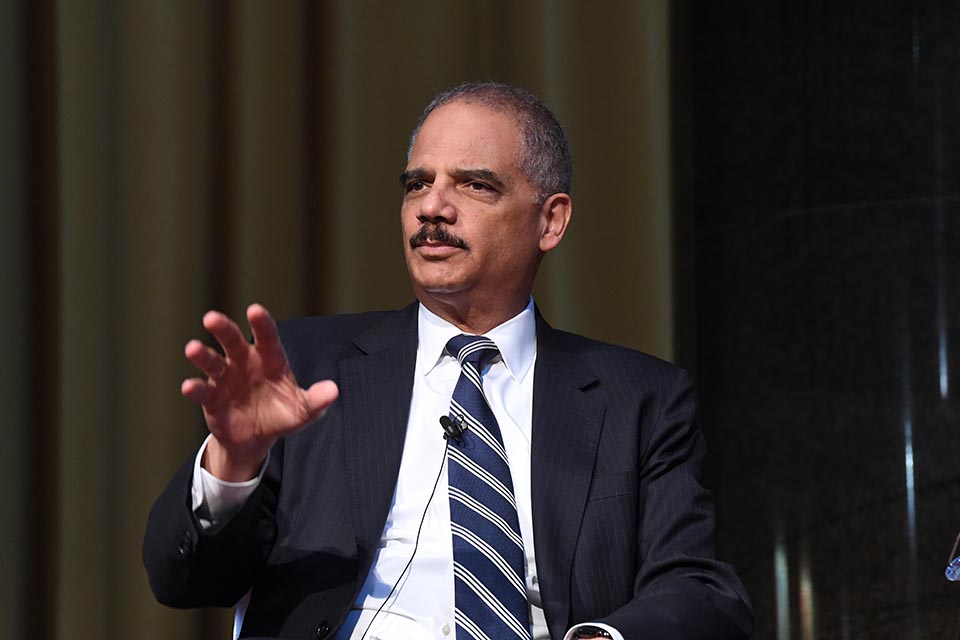 The event was the fourth panel this year held by the American Voter Project, a series of political panels created by the Eric H. Holder Jr. Initiative for Civil and Political Rights.

The event was the fourth panel this year held by the American Voter Project, a series of political panels created by the Eric H. Holder Jr. Initiative for Civil and Political Rights. The initiative, which also sponsors student internships and fellowships, aims to use the Core Curriculum to promote scholarly inquiry and policy debate amongst undergraduate students.

The panelists’ discussion centered around the uncertainty of the outcome of the 2020 election and Democratic primary race, which currently has 18 official candidates. Panelists voiced that the race is unpredictable, in part due to the number of people running.

Dao noted that Trump’s presidency set a new standard for the accessibility of elections to non-politicians, and opened the door for candidates to be more transparent in their platforms.

“I think there are a lot of candidates because people are looking at 2016 and thinking ‘That guy did it? Why not me?’” Dao said. “He’s utterly changed our thinking about what’s normal in politics, what it takes to win, how you can present yourself, how often you have to tell the truth, how much you have to actually know about the orders of government.”

Jean-Pierre said the unusual circumstances make it difficult to predict the outcome of the upcoming election.

“I look at this 2020 election and I just scratch my head. It’s still too early, but it’s hard. It’s just an abnormal time that we’re living in. The politics of Trump is something that I think many of us haven’t seen before,” Jean-Pierre said, noting Trump’s ability to withstand controversy.

However, Silver warned against viewing Trump’s election as a sign that everything has changed, noting the 2018 primary was relatively normal despite extremely large voter turnout and partisan results. Yet, Silver said the large Democratic candidate pool could complicate the primary and benefit Trump.

“Usually when you have that many nominees, it’s a sign that things can get unpredictable and chaotic,” Silver said.

“You can have people talking about socialism and not feeling that they have to run away from the word. You can can have people embracing the idea of being progressive or liberal,” Dao said. “There’s a lot of energy in the base of the Democratic party that’s largely an anti-Trump idea, but that’s also fueling a real ferment of energy from that side.”

Holder said the presidential election will ultimately depend on which party has the strongest, most energized base and gets voters to the polls.

But the large number of candidates could also indicate that they aren’t intimidated by well-known politicians like Joe Biden or Bernie Sanders, he added. And while both Senator Bernie Sanders and former vice president Joe Biden—who have not yet announced their bids for presidency—may see themselves as next-in-line candidates, neither has large endorsements or strong support from the Democratic party, according to Silver.

The panelists also discussed electability and how Trump impacts Democratic nominees in the primary. The most important factors include how centered the candidates are, a clean history, their ability to raise money, and how well they’ve performed in their states, Silver said.

Still, according to Jean-Pierre, the ability to beat Trump is an important factor for Americans.

“The respondents are saying ‘We want someone who can win.’”