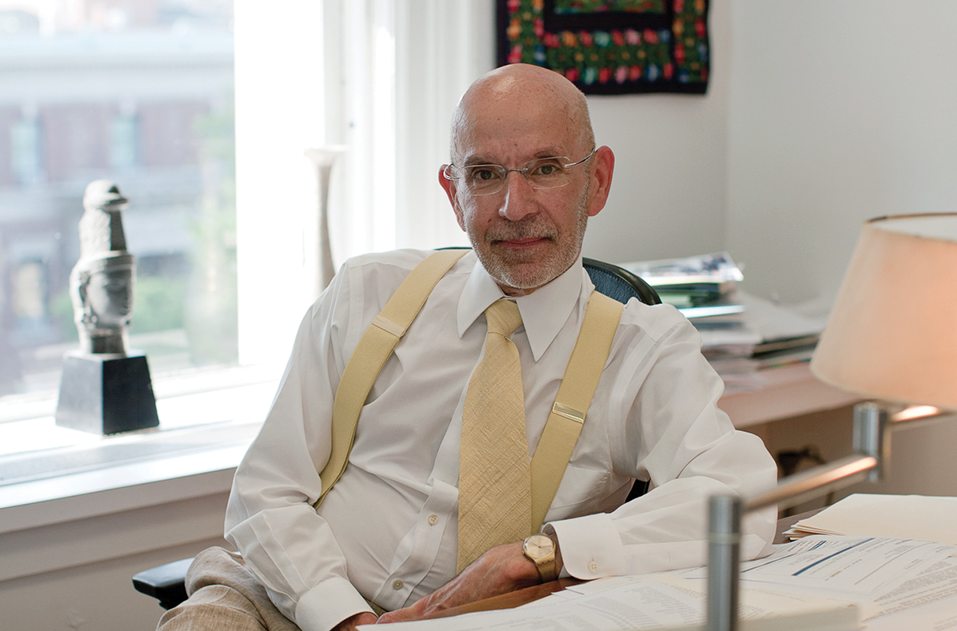 Awn will be among four other Columbia alumni at Commencement to receive honorary degrees and two others to receive the University Medal of Excellence.

Peter Awn, Islamic religion scholar and former dean of the School of General Studies, will receive a posthumous Doctor of Letters degree for prestigious scholarship and societal contribution, the University announced earlier this afternoon. Awn will be the ninth person since 1945 to posthumously receive an honorary degree from Columbia.

Widely known for his mentorship and commitment to the students of the School of General Studies, Awn died in February after suffering injuries from being struck by a car while walking home from campus. In his two decade-long tenure as dean and more than 40 years at the University, Awn helped integrate General Studies into Columbia undergraduate student life, saw the growth of dual B.A. programs with universities across the globe, and increased the enrollment of student veterans. Along with mentoring thousands of students, Awn supported Columbia’s LGBTQ+ community, and taught courses on Islamic and comparative religion.

Awn will be among four scholars at Commencement to receive honorary degrees and three alumni to receive the University Medal for Excellence, awarded to an alumnus or alumna under 45 years of age for outstanding scholarship or service. Columbia most recently presented a posthumous doctoral degree to late graduate student Devon Wade, whose award-winning research focused on the consequences and stigmas around incarceration, and who was killed in a shooting.

The honors and prizes will be presented by University President Lee Bollinger during Commencement on May 22.