From pre-med to medieval riddles: How Emily Sun, CC ’19, found magic at Columbia

From pre-med to medieval riddles: How Emily Sun, CC ’19, found magic at Columbia 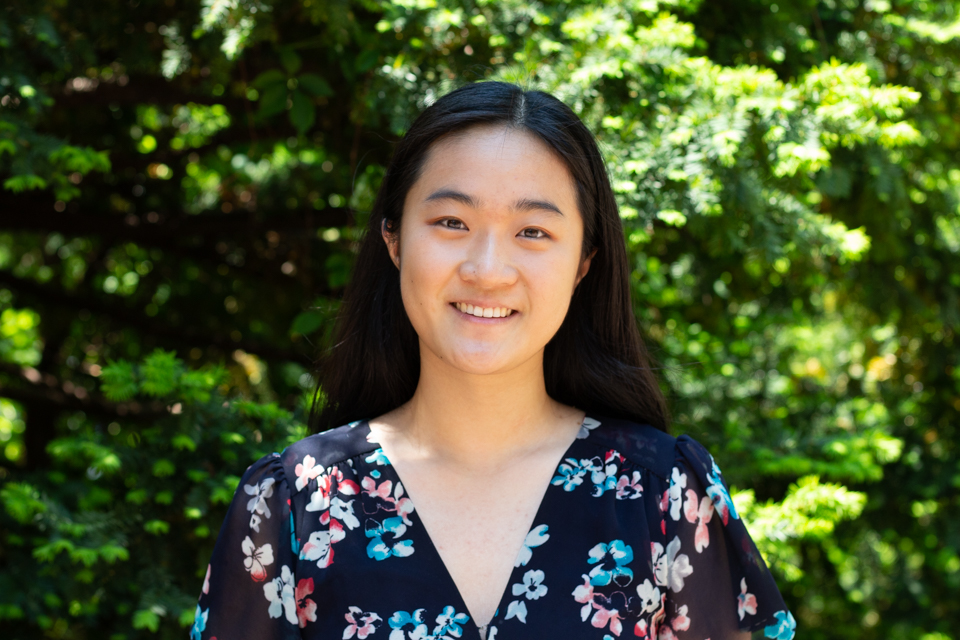 The winter break of her first year, Emily Sun, CC ’19, represented Columbia on Jeopardy! College Championship. Paired with her fresh-faced aura, she felt that her undeclared major status weakened her sense of self—otherwise, she would have been able to speak into the camera screens more eloquently.

She made it to the semifinals, and wants to make one thing clear to her Twitter haters: She clicked the buzzer on the question about Columbia.

Sun was 100 percent sure she would pursue pre-med when she first set foot on campus, entering as a Rabi Scholar and having already done research for two years. She grew up in San Diego, where biotech was an inevitability. But, maybe she wasn’t so sure. Logically, she should have accepted the offer to attend a direct medical school program, but something drew her to Columbia—and she said that Literature Humanities with professor Richard Sacks was her first, and almost forced, introduction to a world that deviated her from her solidified path.

“Richard Sacks’ methods were very philologically based and almost scientific in a way. That led me to understand science as poetics. How the systems and molecules interact—one little thing can change the entire meaning of function. I think that’s how poetry works,” Sun said.

By her sophomore year, Sun had only taken two English classes including Lit Hum. This was enough to challenge the notion she would pursue the pre-med path, in addition to conversations around mental health that highlighted what shed calls “a very sad and dark time on campus.” It felt like she was constantly experiencing an existential crisis.

The same year, she decided, almost randomly, to attend the Geological Excursion to

Death Valley with professor Nicholas Christie-Blick, in which she witnessed his devotion to a field he loved. It was this passion that she says propelled her to follow her interests in English.

“Professor Christie-Blick was so wonderful and passionate about everything that he was doing. I want to be like that. I want to be as interested and find as much magic in what i’m doing as he is,” Sun said.

After she decided to pursue English, Sun was accepted to the Williams Traveling Fellowship, which would allow her to study one of the oldests books in the English language at the Exeter Cathedral for the summer. Every morning, she would touch, read, and work with books that she would have never imagined possible as an undergraduate.

According to Sun, her professor once told her that “everytime you touch a medieval object, it’s just electric.” Every day during her fellowship, she was served a cup of tea as she read the texts that animated her intellectual vigor—she was experiencing magic.

“I think [medieval texts] are very humanly interesting on an instinctual level. So cool and enigmatic,” Sun said. “The thing that really got me interested in Old English, and my work so far, has been about riddles. Some of them are about soul and body and bibles, and some of them are about dick jokes. Or the answer is ‘a key’ or ‘an onion,’ but it could also be phrased as something that is completely naughty or obscene.”

For example, Sun said, there is no way to tell if the Canterbury Tales are in order, even after extensive efforts of codebreaking through history. She knows that she has stakes in studying the English language.

According to Sun, coming into her passion led to the realization that she was deserving of help in support. From the 200-student biology lectures to the one-on-one personal relationships she cultivated with her English professors, Sun learned that her passion was justified and warranted the guidance that would allow her to be a representative of her background in a field that has filled her world. This coming fall, Sun will pursue a Ph.D. in English at Harvard University.

Ultimately, Sun said that her own culture and identity align with the magic she found through language, the written word, and texts throughout time.

“As someone who has had a lot of different experiences with translation and with parents who speak a different language and when you communicate something, what is lost whether it’s through reading or publication or editorial or speech—that’s something that’s driven me.”