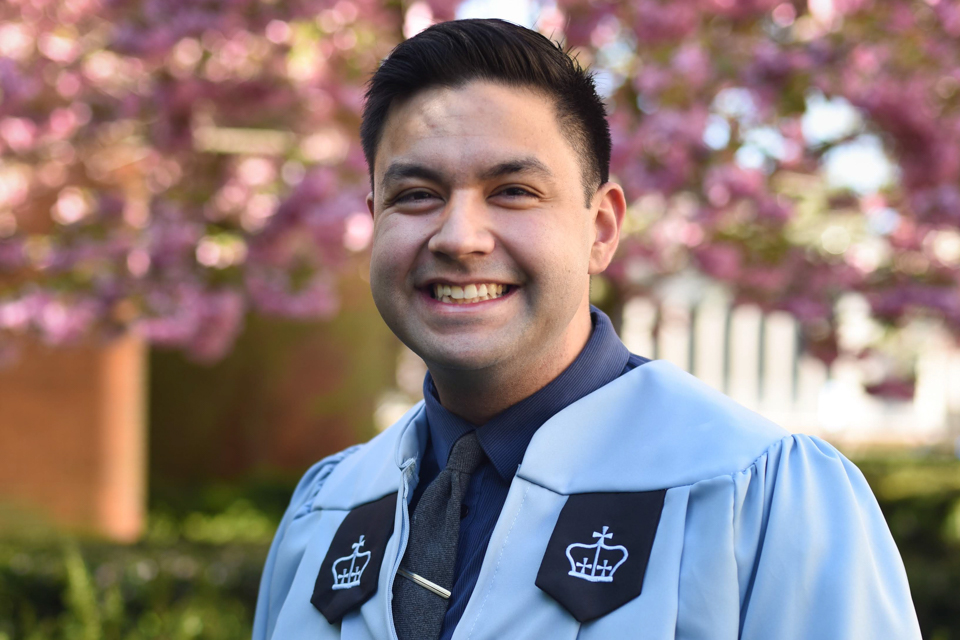 When he first came to Columbia, Samuel Castro, SEAS ’19, noted how the transition to college was especially difficult as a Los Angeles native, which would require moving thousands of miles away from his family and existing networks.

“Especially growing up as a part of the Latinx community, family means everything,” Castro said. “But I knew I was going to a place where there was the opportunity for growth. My mom always told me, I’m not sending you off to jail, you have opportunities.”

During his first few months here, Castro was able to develop a connection with various members both in and out of the Columbia community. He recalled how, when he first came to New York, he and his mother went to the local church where she introduced him to the pastor who offered to be a support system for Castro during his four years here.

Likewise, he remembered how, in the first few months of his first year, he lost his ID in John Jay Dining Hall, and was helped by a facilities worker, Teresa, who he says, “became his second mom.”

Castro’s connection with the community around him included a number of student organizations on campus, where he focused on creating a sense of community among people. He was an active member of Columbia’s Model United Nations team and Society of Hispanic Pre-Professional Engineers, for which he served as director of publicity and internal vice president in his sophomore and senior year respectively.

“For me, la familia is my life,” he said. “Every organization I join I want to make sure I am part of a family, in the sense that you have these intimate connections.”

In recent years, he has been able to guide younger delegates in MUN in honing their speaking skills, and through these experiences, create a second family—one which he continues to communicate with, and occasionally, dance salsa with.

Throughout his tenure in SHPE, Castro has focused on making sure Hispanic engineers are given a voice on campus and are reaching out to their surrounding community. During his time there, SHPE put on events such as Noche de Ciencias, participated in the national SHPE conference, and began to put on the HISPA conference at Columbia, bringing together college and high school students for a daylong STEM-focused educational conference.

For Castro, working with the board and community engagement was a crucial aspect of creating and enforcing community values.

“It’s so rewarding seeing high school students who are facing their own challenges coming together, asking questions, and being able to guide them,” he said. “They’re able to see that people like them exist at these institutions, and that’s super crucial in terms of representation.”

Castro’s community has extended beyond just those in student organizations; it has seeped into his academic life as well. In his four years here, Castro has been able to travel the world—from the La Romana, Dominican Republic; to Rio de Janeiro, Brazil; to Mumbai, India; to Nampula, Mozambique—combating the global public health crisis and doing cancer research with biomedical engineering professor Tal Danino.

Growing up, Castro’s father was diagnosed with cancer. His impetus to go into biomedical research, he said, has been working toward a solution to give back to the doctors who saved his father’s life, and the lives of thousands of others.

During his time in Mozambique, while he was helping pilot an early infant diagnosis tracker for HIV transmission, Castro had a conversation with a coworker which reminded him of how essential it was that he carry his experiences with him back to Columbia.

“One of my coworkers in Nampula told me, ‘Look, you’re able to travel; there are people who are born here, they’re raised here, they’re married here, and they die here,’” Castro said. “Being able to travel and bring these experiences with you, you can bring it back to the community—in Columbia, you can bring these ideas and perspectives back and try to find solutions.”

It has been these cultivated relationships, he stated, from every people in every corner of the world, and across our campus, which have shaped his identity today.

“Every person I meet, whether that be the workers at Ferris or my barber, or anyone, it’s the little people who have changed who I am and made me who I am,” Castro said.