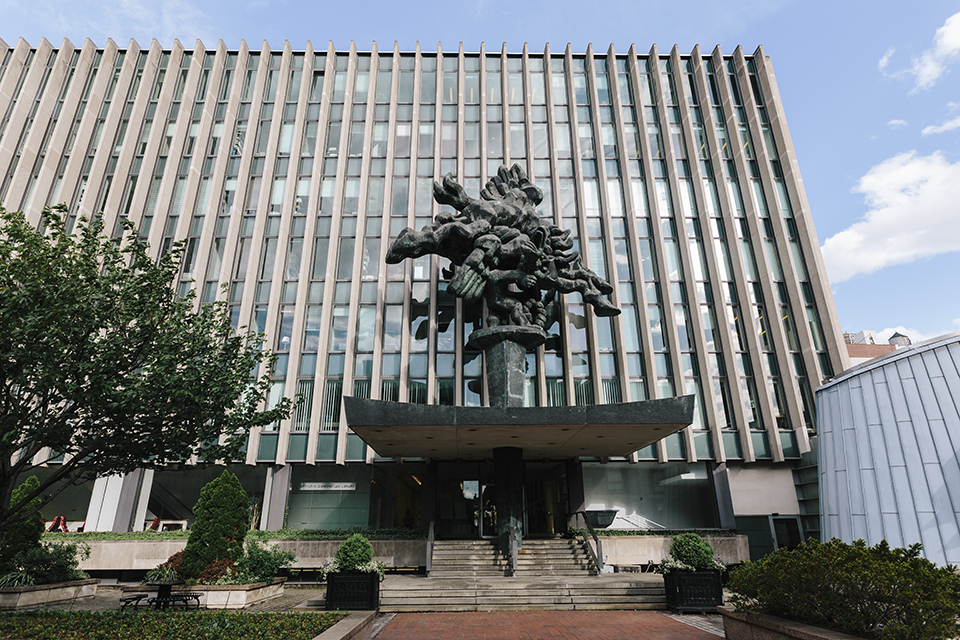 Calls for Lederer to resign from her post at the Law School first gained traction in 2013 when a political consultant who was not affiliated with the University or the case became aware of Lederer’s employment.

Manhattan Assistant District Attorney Elizabeth Lederer resigned from her appointment as part-time lecturer at Columbia Law School on Wednesday following official statements from the Black Student Organization and the Black Law Student Association demanding that Columbia hold her accountable for her role as prosecutor in the 1989 “Central Park Five” case, the convictions in which were later overturned in 2002.

Conversations regarding Lederer’s teaching position arose in light of the release of the Netflix series “When They See Us,” directed by Ava DuVernay, which portrays the coercive and abusive practices used by Lederer and former District Attorney Linda Faistein to falsely convict five black teenagers—Kevin Richardson, Antron McCray, Yusef Salaam, Raymond Santana Jr., and Korey Wise—for the rape of a woman jogging through Central Park in 1989. Fairstein has also been affiliated with the University as she received the Award for Excellence from Columbia’s School of Medicine.

Calls for Lederer to resign from her post at the Law School first gained traction in 2013 when Frank Chi, a political consultant who was not affiliated with the University or the case, became aware of Lederer’s employment after the release of “The Central Park Five” documentary in 2012. In a New York Times op-ed, it was recorded that more than 5,000 people signed Chi’s petition, though the University took no action at the time, except removing mention of the case in Lederer’s online bio.

In a message sent to members of the Law School community on Wednesday, Law School Dean Gillian Lester affirmed her commitment to fostering conversations surrounding race, identity, and criminal justice. She also referenced the continued efforts of the school’s special committee on diversity and inclusion to support inclusive teaching and learning, which she hopes to continue with the input of the BLSA. The committee convened last year and includes students and administrators.

In the statement announcing her decision, Lederer added that while she enjoyed her years teaching at the Law School, the “nature of the recent publicity” following the film has led her to not continue as lecturer.

BSO’s petition, which has been signed by almost 10,000 students and community members and endorsed by a number of student groups, states that revoking Lederer and Fairstein’s affiliations with Columbia would affirm the University’s numerous statements disavowing racism and discrimiation as well as their commitment to the Harlem community, where the five boys were residents.

“While these five innocent teenagers were disgraced by the media and the American public, stripped of their most basic rights and freedoms, and robbed of their childhoods, the women who were directly involved in their persecution were praised, awarded, and even employed by an institution located right in Harlem’s backyard,” the petition said.

Earlier this year, the BSO published “A Brief History of Anti-Black Violence and Policing at Columbia University,” which outlined specific instances of Columbia’s history of anti-black violence at the hands of “Columbia and Barnard Public Safety officers, the New York Police Department, and even white and non-Black Columbia students." BSO’s recent statement cited the honoring of Lederer and Fairstein as another such example.

Following news of the resignation, the organization encouraged people on Twitter to continue sharing the petition in order to spread awareness and demand the revoking of Fairstein’s award. Since the show’s release, Fairstein resigned from Vassar College’s board of trustees and has been dropped from her book publisher with calls from the #CancelLindaFairstein hashtag to re-examine her prior cases.

The BLSA’s statement argued that in addition to Lederer’s removal, the Law School should address the racism inherent in legal pedagogy through a re-evaluation of existing teaching and hiring practices.

“If Columbia Law School wants to show that they care about Black and Brown law students then the school needs to address the racism inherent in how the law is taught,” the statement read.

“We ask that Columbia Law School take action with us, and in-doing so, demonstrate its commitment to training and education lawyers who will go one to impact people’s lives and affect their communities.”