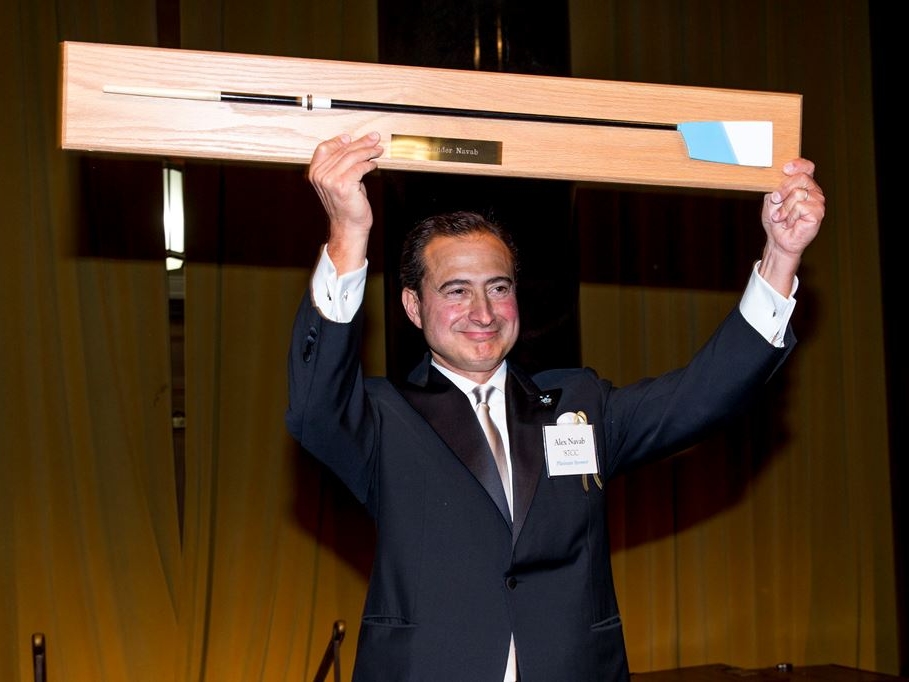 Navab was a prolific donor to Columbia and a strong supporter of undergraduate education in particular.

Board of Trustee member and businessman Alex Navab, CC ’87, who donated extensively to Columbia’s athletic, academic, and career programs, died on Sunday at age 53.

Navab’s philanthropy to Columbia focused largely contributions to undergraduate students in the form of scholarships and academic funds. He was a recipient of the John Jay award for professional achievement in 2011, co-chair of the Core to Commencement Campaign Committee, and was elected to the board of trustees in 2018.

According to a statement from his firm, Navab Capital Partners, Navab died while on vacation with his family. The specific cause of his death was not made clear.

“Alex was an accomplished business leader and generous philanthropist who loved his family and played an important role in the professional and personal lives of many,” the statement said. “Our thoughts and prayers are with his loved ones, and we ask that their privacy be respected at this very difficult time.”

In a statement released by Columbia College, Dean Valentini recognized Navab for his dedication to the Columbia community.

“For the past eight years, Alex was not only a great partner and advisor to me as dean of the College, but also a true and faithful friend. I will miss him dearly.”

In the statement, board of trustees co-chair Jonathan Lavine, CC ’88, acknowledged the contributions Navab made to Columbia.

“Alex always moved our thinking forward, and he contributed to the betterment of Columbia in profound ways.”

Last year, Navab and his wife, Mary Kathryn, created the Navab Fellowship program with a $6 million donation, which funds 40 summer internships annually for Columbia College students at a variety of organizations. This summer was the first year students received those scholarships.

Navab worked for the global investment firm Kohlberg Kravis Roberts and Co. for much of his career before leaving as an executive in 2017 and beginning his own private equity company. Other members of KKR include co-Chairman and co-CEO Henry Kravis, CBS ’69, who pledged a $100 million gift to the Business School for its expansion to the Manhattanville campus.

“We are heartbroken. A longtime member of the KKR family, Alex was an outstanding investor, leader, mentor and a friend to many,” Kravis and co-CEO George R. Roberts, said in a statement Monday. “His contributions in business and philanthropy over his lifetime will forever remain part of his remarkable legacy.”

Before his death, Navab also served on the board of trustees for New York-Presbyterian Hospital and a member of the Council on Foreign Relations.

A member of the lightweight men’s rowing team for his four years at Columbia, Navab also donated the funding for two new shell boats in March.

In a statement from Columbia Athletics, head lightweight rowing coach Nich Lee Parker expressed his gratitude toward Navab and his relationship with the team.

“Alex’s contributions went beyond his gifts to our program and Columbia University. He was a passionate believer in C150, whether congratulating us after big wins or encouraging us after a tough loss. Any time you were with him, you left with a desire to raise your expectations,” Parker wrote.

A number of politicians and financiers have paid tribute to Navab on social media, including Anthony Scaramucci and Jeb Bush.

Born in Iran, Navab fled the Iranian Revolution in 1979 with his family, residing in Greece before coming to the United States, where he attended Columbia College and, later, Harvard Business School. He received the Ellis Island Medal of Honor in 2016, a national award which recognizes recipients’ public service and patriotism as well as their connection to their ethnic heritage.

Navab is survived by his wife and three children.